Yasmeen Lari was Pakistan’s first female architect, yet her concern is not the limelight but equipping her countrymen to build their way out of the devastating effects of poverty and climate change 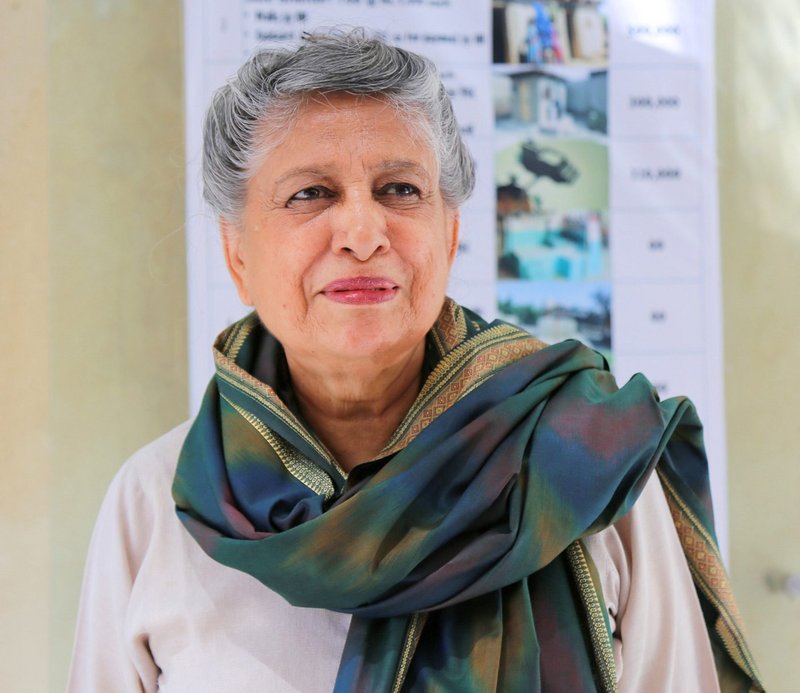 ‘The floods were a total disaster,’ says Pakistani architecture and humanitarian heroine Yasmeen Lari. ‘It was bad already – 51% of the population were below the poverty line.’ The Pakistan floods since June combined flooding from an unusually high-intensity monsoon with the meltwaters of retreating glaciers from the mountains that rise in Pakistan’s lower, more populated, regions. Homes were swept away. Crops too. Thirty million people have been displaced.

Sindh province, where Lari is based, is one of the worst affected by the floods. Near the ancient necropolis of Makli she has her Zero Carbon Cultural Centre. Photographs show how flood waters have inundated the site, but this is not what most concerns Lari. ‘What’s important now is that whatever is being done in terms of shelter also starts giving people livelihoods,’ she says.

Her agency, Heritage Foundation of Pakistan, incorporating her Barefoot Social Architecture work, is scaling up to share what it has already learnt on building basic shelters from natural local materials. Emergency shelters are now top of the agenda. Lari’s YouTube channel has more than 5000 subscribers who can watch it for step by step instructions, from the dimensions for marking out a shelter to attaching reed matting to bamboo poles. She sees the shelters being built on the elevated roads that are still often the only dry land in flooded areas. And once flood waters recede the shelters can be moved to a more permanent position, with foundations.

Where she has people on the ground, they can make 100 bamboo shelters in four days, sharing skills in clusters of villages. These may seem flimsy but they are a start and when converted to more permanent dwellings have performed well. Her community centre on stilts survived the 2012 floods, and this year bamboo structures encased in limecrete at her centre in Makli survived the floods while cement-concrete buildings did not.

Sharing building knowledge has been at the core of Lari’s work since she left commercial architecture. It was not clear that this would be her path. Born in Pakistan, she studied architecture at what is now Oxford Brookes University. She was the first female architect in Pakistan and put her energy into proving herself in the construction industry as a young female architect. During that time she built major projects around her home city of Karachi, one of the largest in the world, including the Taj Mahal (now Regent Plaza) Hotel (1981), The Finance and Trade Center (1989) and Pakistan State Oil House (1991). The schemes verge on the brutalist and are, inevitably, for big corporations and those with money. ‘The instruments are in the hands of the 1%,’ she says. ‘Where is the low impact architecture for the other 99%? Those who live on the margins need more, not less, design,’ she said at an RIBA talk earlier this year.

Her return to Pakistan as a [qualified?] architect opened her eyes to different ways of building. And alongside her commercial work she developed expertise in the heritage of the country, helping conserve monuments, including at the World Heritage Site of Makli, and acting as a Unesco advisor. This is what she retired from practice to do in 2000. But what has given her a global profile is how she translated that work into accessible, environmentally friendly construction techniques to help her countrymen – particularly women – help themselves. 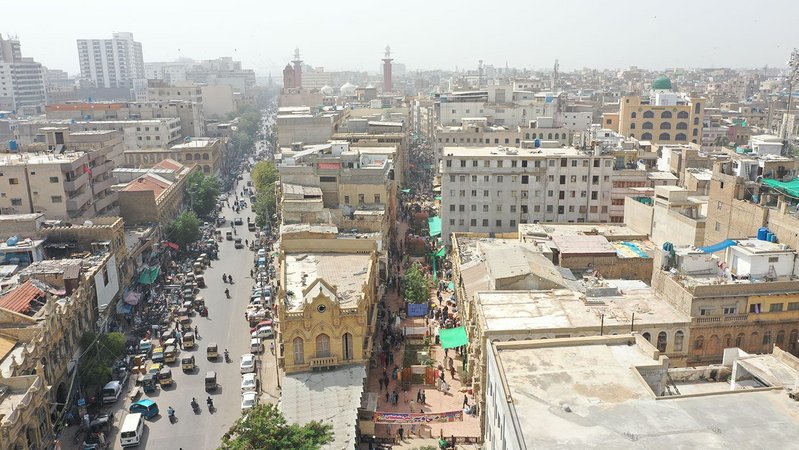 Empowering the poorest of Pakistan through design and construction has become her mission. She has particularly addressed the mendicant communities which rely on begging for alms – and often with a focus on the women of those communities. Since commercial retirement she has seen the devastating 2005 earthquake and significant flooding in 2012. While the impact of climate change has been increasing exponentially, as seen in the floods – ‘they are absolutely down to climate change’ she says – what she’s seen of aid brings no comfort. Recent footage of helicopters dropping flour bags which burst as they hit the ground is to her a symbol of all that is wrong. And the focus on immediate aid needs to go further, to long term rebuilding and ensuring those saved from drowning don’t succumb to disease. She doesn’t talk about ‘climate reparations’ as has been mooted, but about the basics of clean water, food and shelter.

Focusing on lime, earth and bamboo, which are all readily available in the region, she has set up a pyramid of training. A small group of individuals are taught how to make lime-stabilised earth blocks and erect bamboo structures from prefabricated panels (with Lari’s resolved detailing to reduce flood and seismic risk). These artisans then go and train others, working in clusters of villages. And so it goes on. Thus it creates work and value as well as better homes. ‘It is for and by the poor… there’s no need to treat everybody like a victim.’

A particular success has been chula – stoves built in limecrete by women for themselves and others. Lari’s design for these stoves created more flood proof cooking spaces and a platform instead of the floor to work on, taking the ideas to remote earthquake hit mountain villages with a team of volunteers. She herself was amazed at the results and delighted as the women began not just to make the stoves but also decorate them. She estimates there are now 80,000 of these stoves. Designs for pots and toilets have also been part of Lari’s initiatives, going beyond shelter to the critical elements of making a safe home. Recognition of her work extends to King Charles who has one of her shelters at his Highgrove estate.

She is now over 80 and aware of her personal limitations. She is not driving hours past landslides and floods to train women herself but concentrating on spreading the word. She has taken up a visiting professorship at Cambridge University’s school of architecture. She has a dream of setting up incubators there for trainee architects to experiment for the public good, on climate and humanitarian issues. She firmly believes that larger architectural firms should have pro bono wings. And speaking at TEDx Bath in October she proposed a more immediate way for practices to help with the Pakistan floods with an adopt-a-village programme – although her longer term programmes are now self-sustaining.

‘Every country now needs this kind of work. You have homelessness everywhere,’ she points out. For the future of environmental extremes that human-made climate change has set in train she believes the need for architectural thinking both locally and globally is even more important. ‘How does agriculture work? Do we need floating cities? There is change around the world. Architects must understand what the potential of their work is.’