Hugh Pearman samples the latest distillation of the RIBA awards, the six projects that have made it through to the Stirling Prize shortlist

Another year, and once again everyone’s cue to get ready for the summer holidays is the announcement of the six-strong Stirling Prize shortlist – the 21st. Between now and prize day on Thursday 6 October, we have time to ponder the respective merits of three very different educational buildings, a public art gallery, a high-density housing estate, and – rare for the Stirling shortlist – a one-off private house.

So let’s start with that. Outhouse (below) by Loyn & Co in Gloucestershire, is further proof that these Penarth-based architects led by Chris Loyn are seriously good. An earlier house, ‘Stormy Castle’ won the 2014 Manser Medal (now RIBA House of the Year). ‘Outhouse’ hunkers down with its green roof into a hillside, its inside/outside design providing incredible views for its artist owner across to the Rivers Wye and Severn. A classic piece of rural domestic modernism, it is the first solo house on the Stirling shortlist since a London house by Eldridge Smerin, 15 years ago.

Then comes a brace of Oxford buildings. Chalk and cheese, these. At one end of town you have the swooping, glittering geometric exercise of the Blavatnik Centre (below) by Herzog & de Meuron. This is a School of Government – it teaches people how to rule, be they politicians or civil servants, and it’s not shy about it.

How very different from the old cloistered idea of Oxford learning in the historic centre represented by the Bodleian’s Weston Library (below). This previously hermetic, overlooked stone-clad library building from the late 1930s by Sir Giles Gilbert Scott has been imaginatively refurbished, extended and adapted by Wilkinson Eyre. But it too now has a much more public face, a new entrance and lofty agora inside making it now almost like a regional version of the British Library – complete with exhibition gallery and café.

The third educational building is far away from the dreaming spires, on the banks of the Clyde in Glasgow. The City of Glasgow College (below) by Michael Laird Architects and Reiach and Hall is part of the now nearly complete Riverside Campus of vocational studies, including, for instance, an impressive simulator teaching you how to sail a large merchant ship. This is a composition which is as much about making dignified new civic space as it is about bringing together a wide variety of functions.

You’d expect to find an ambitious arts building on the Stirling shortlist, and there’s a highly unusual one this time: the Newport Street Gallery (below) by Caruso St John on behalf of its ultimate client, the artist Damien Hirst. This is a row of unusual Victorian industrial buildings – stage sets used to be painted here – bookended by new additions. Inside it is perhaps more conventionally white-box-gallery than you might expect from Hirst, but it’s a highly impressive series of spaces nonetheless and shows the eye for ultra-detail we associate with this architect. Although a private venture, it is philanthropically free to the public.

And finally we have housing in the form of Trafalgar Place (below) by dRMM Architects. This is part of the sometimes controversial redevelopment of Southwark’s Heygate Estate: 235 homes cleverly varied by scale, with imaginative use of brick and set in part-mature landscape in such a way as to make a much more humane environment – a result of local consultation – than the old megablocks it replaces. Apartments aside, it’s all about public space and connections by means of an excellent ground plan.

Most of you will have mentally compiled your own potential Stirling shortlist from the National Awards – I know I did, and there’s a couple of buildings I’m sorry not to see here – but yours is as likely to be different from mine as it is from the official judges’ selection. These are an interestingly varied group this year, chaired by Patrick Schumacher of Zaha Hadid Architects with Paul Monaghan of AHMM, Roisin Heneghan of Heneghan Peng, developer Mike Hussey and Rachel Whiteread, artist. This year’s shortlist contains two previous Stirling winning architects from three successive years – twice in the case of Wilkinson Eyre (Magna Centre in Rotherham, 2001, Gateshead Millennium Bridge, 2002), once in the case of Herzog & de Meuron (Laban Dance Centre, 2003). Others there have made previous shortlists, namely Reiach and Hall, Caruso St John and dRMM.

Jane Duncan, RIBA president, not only noted the exemplary education-sector clients for half of the shortlist, but also highlighted the importance of sponsors in enabling certain buildings to happen – the Blavatnik Family Foundation, the Garfield Weston Foundation and Damien Hirst. Overall, she says, ‘their stand-out common quality is the inspiration they will bring to those who study, live in, visit and pass by them, for generations to come.’

Finally, if you want to see what did and didn’t make the final cut, have a look at our national awards round-up. And happy holidays! 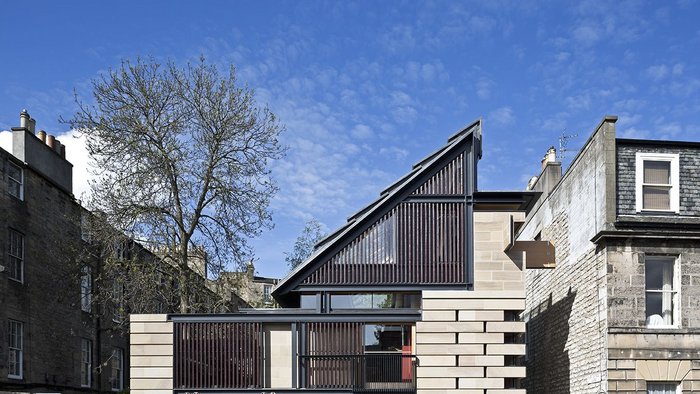 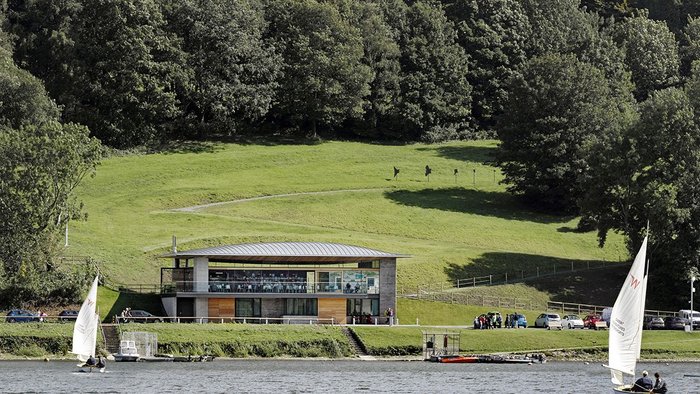