With 46 awards to be presented, the RIBA’s recognition of Britain’s architecture ranges from homes and churches to offices and educational establishments. We present a representative dozen to give a flavour of this year’s winners

How to parse the National Awards this year? Broken down by building type (always tricky with mixed-use increasingly in evidence) we can say that universities and higher education romp home with the lion’s share of the awards, amounting to a dozen of the 46. After that comes housing with eight, cultural buildings with seven, one-off houses with six, schools with four. Hospitals/healthcare have three as do office buildings. Then you’re into the types with just one example each this year: leisure, religious, retail.

Of course if you combine the one-off houses with  the multi-dwelling projects then habitation wins with 14. And as I say, many projects have a mix of uses – it’s increasingly common to find residential, office use and retail in the same building, so for those you have to estimate which use is in the majority (for me 'mixed use' is just too broad to be a category in itself). Though how on earth do you categorise Marks Barfield’s Greenwich Gateway pavilions, two buildings joined by a single roof which jointly contain offices, housing show suites, a bistro, café and a vigorous little art gallery? Eventually I decided to file that under 'culture'.

But you can break these awards down in other ways. Of the 46 awards, 15 are in the capital, which means that more than twice as many awards are outside London as are in.  Another breakdown yields just three broadly conservation/refurbishment projects – Sir John Soane’s Museum by Julian Harrap Architects, Wilton’s Music Hall by Tim Ronalds Architects, and the Weston Library in Oxford (formerly the New Bodleian) by Wilkinson Eyre. But other largely new-build projects of course involve significant conservation elements, such as the new Portland Collection gallery at Welbeck in Nottinghamshire by Hugh Broughton Architects, dropped between the existing walls of a disused horse gallop. Similarly with the Newport Street Gallery in London’s Vauxhall – Damien Hirst the client, Caruso St John the architect – where existing buildings are bookended by new ones.

Architects with most awards? Nobody has walked away with a bagful this year, though several get two each: DSDHA, AHMM, Bell Phillips Architects, Patel Taylor, Glenn Howells Architects – one of whose winners is the Gloucestershire motorway service station, and it’s a while since we saw one of those in the awards. Overseas architects? Two represented here – Herzog & de Meuron of Switzerland for its Blavatnik School of Government in Oxford and Mecanoo of the Netherlands for ‘Home’ cultural centre in Manchester.  Both have UK offices.

Sadly, two of the architects awarded here, both women, are no longer with us: Zaha Hadid for her delicate little Investcorp Building at St Antony’s College Oxford, and Kathryn Findlay of Ushida Findlay for her work on York art gallery with Simpson Brown.

We list all 46 national awards winners at the end of this piece. Here for starters is a dozen selected for their variety, chosen by the RIBAJ editorial team, each with a short  extract from the judges’ citations.  These represent a sample: we are NOT saying they are the twelve best, or even necessarily the best within their type. That’s for the awards judges to decide.

'The Outhouse is located on a fabulous sloping plot in the Forest of Dean running beside Offa’s Dyke, with long views to the Wye Valley and Severn Estuary. The design exploits the site potential to the full with a discrete design that beds into the site literally and metaphorically, finely balancing respect to context with confident architectural expression'

'Located in South Ockendon, Derry Avenue provides 25 flats designed specifically to be used by elderly residents. Bell Phillips Architects and Thurrock Council Housing Department have worked together to produce a noteworthy scheme, that both encourages a community spirit within the development, and also acts as a positive landmark in the local area with the potential to kick start a new era for the locale.'

'The new student centre sits on a stone base at the edge of the lake, with an over sailing canopy that welcomes the visitor which can also be seen from the existing square to the south. The building has strong horizontal layers with an irregular window pattern, which echoes the design of the existing campus fenestration, but this never feels forced or a mere copy of the older design. The materials soften the overall feel of the campus, with the use of limestone cladding, both polished and natural.'

'The design is defined by the built and natural environments. It weaves through the site to connect and incorporate the existing protected buildings and trees, while its stainless steel facade softly reflects natural light to echo the building’s context. This is a project that demonstrates great virtuosity and a huge amount of technical skill. The articulation of the building contrasts greatly with the neighbouring vernacular on a very constrained site in a way that will stimulate much architectural debate.'

'This building represents a contemporary beat on the eastern end of Oxford Street, composed of a clever ‘sandwich’ of flexible use wrapped in a sensuous glass skin. The single building through the varied proportion of vertical glazed fluting recalls the several buildings which once inhabited the site, while the tripartite arrangement in elevation reflects the hierarchy of surrounding buildings. A corner lantern is a successor to the feature of the previous Victorian pub and a ‘racy’ canopy nods to the Selfridges store, among others, in a joy of consumerism.'

'This is a building that reinvents and reinvigorates the type. Not since the glorious infancy of the British motorway network, when motorists would travel to the perceived sophistication of motorway services, has a new example of the type itself been worthy of the journey, if even the stop. Those early buildings were arranged in homage to motor travel but those days are gone, replaced at Gloucester by a building that is a very deliberate refuge from motor travel.'

'Stanbrook Abbey, a new monastery in the North York Moors National Park for an enclosed order of Benedictine Nuns, is a truly extraordinary piece of architecture. Having a blank canvas sometimes presents more problems than does a tight, hemmed in site, but to execute it in such a beautiful organic form suggests divine intervention. It sits majestically within the woodland, rising out of the ground to form the crescendo to the plateau.'

'The building project was not an academic restoration in a conventional manner, but restoration driven by aesthetics: preserving the building’s character and the items revealed during the building work. The architect followed a principle of ‘doing only what is essential’ and ‘an enormous amount of care and ingenuity went into apparently doing nothing’. This of course is an understatement. The Hall has been invisibly strengthened, sound-proofed, heated and ventilated. Everything possible was preserved: from disused roofs, Georgian brickwork, fragments of plaster, ceramic electrical fittings, to an abandoned birds nest.'

'The brief called for a new gallery to exhibit fine and decorative arts, which would complement the existing work of the neighbouring Harley Gallery and the historic interiors in the state rooms of the main house. Utilising a disused horse training yard, the building creates a subtle design that sits perfectly in the grounds of the Grade 1 listed Welbeck Abbey, perfectly integrating new and historic elements with a careful selection of materials and crisp detailing to create a highly sophisticated design.'

'Reportedly the first dedicated drawing studio to be built in a British art school for a century, the extraordinary atmosphere within this building left the jury wondering why this would be so. It is sure to re-ignite interest in a forgotten building type.  An exemplary art-making space lurks within a colourfully wrapped sweetie of building that will inevitably become emblematic of its host institution.'

'This house is as intricately crafted as a precision watch. It boldly challenges its context in Edinburgh's douce New Town and is a unique one-off, designed with consummate skill…. This project is a rare example of construction of a contemporary house in the World Heritage Site of the New Town of Edinburgh.  It is a house designed by Richard Murphy for his own use and is consequently something of an architectural and environmental experiment.'

'The client and architect have created something special here – this is more than just a complete contrast to the previous Alder Hey building (which still lurks next door as an institutional reminder of how most of us think of hospitals), this offers a new model for the design of children’s healthcare facilities far and wide. A hugely complex brief and a short delivery timescale were handled superbly well by the design team with an obviously tenacious and astute client team driving forward at every step.' 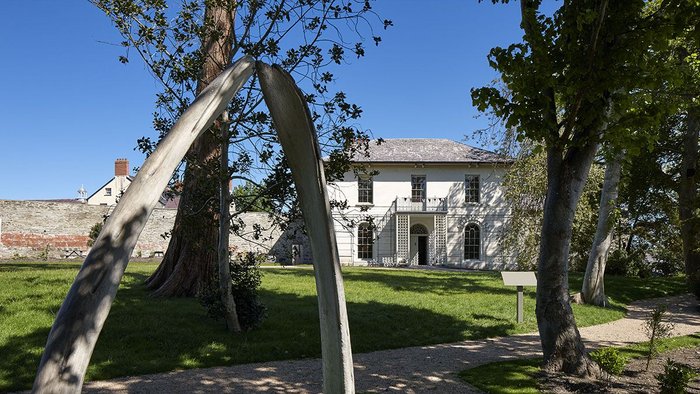 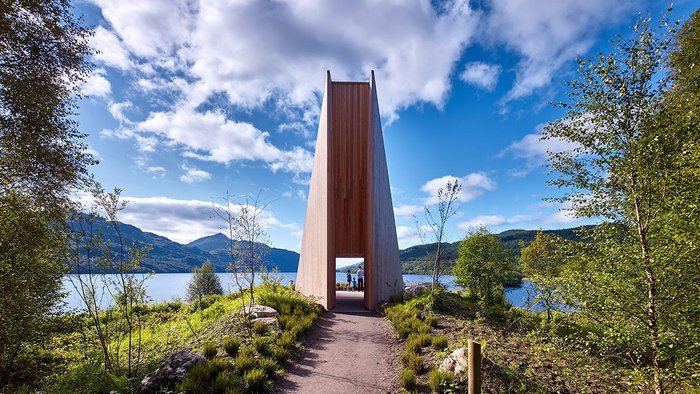