Inclusion and diversity hit the news this week as Bartlett promises action after student dossier lists sexist and racist incidents. Plus continued use of combustible cladding on schools causes an outcry 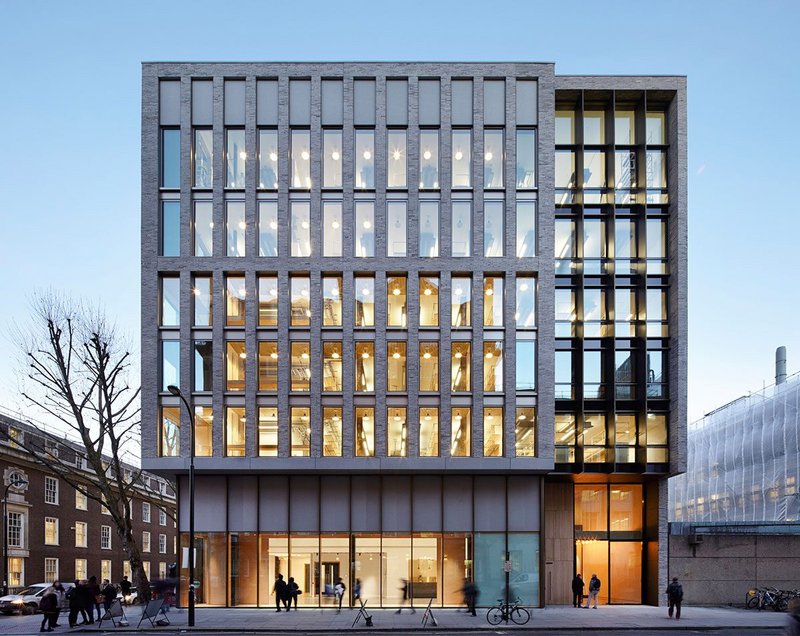 The Bartlett School of Architecture is investigating claims of racism and sexism, after former students alleged that staff members made inappropriate comments about appearance and race.

But the Guardian has revealed a dossier compiled by former student Eleni Kyriacou, which includes testimonials from 21 people, alleging that ‘inappropriate comments were made about appearance and race’.

Among instances cited are a staff member telling a student ‘your work is very sexy and so are you’; a staff member telling a student he could not tell she was ‘brown’ as ‘she acted and spoke like a white person’; and a unit brief that appeared to argue that ‘if there are colourful buildings in the new world of joy then racism or sexism would be negated’.

It is not the first time the Bartlett has faced complaints of this nature. In 2007, UCL’s equality, diversity and inclusion team noted that women were begin given different marks to men and, following monitoring of teaching at the school, concluded that female students were being treated differently.

The university’s pro vice provost for equity and inclusion Sasha Roseneil said it was aware of issues at the Bartlett and had been working hard to address them but was deeply concerned to learn about the latest allegations, and was launching an investigation into them.

The use of combustible cladding is back in the news with the revelation that it has been used in more than 70 schools since the 2017 Grenfell Tower fire.

Subsequent legislation banned the cladding’s use from residential buildings and hospitals taller than 18m but allowed its continued use on other building types.

A study by insulation manufacturer Rockwool revealed that it had also been used in recently built hospitals, care homes and sheltered housing.

Reporting on the study, The Guardian also cited insurance company Zurich’s estimate that in the past five years, 47 school buildings in England have been destroyed by fire.

Campaign group Grenfell United called for the material to be immediately removed from schools and low-rise buildings.

And former RIBA president Jane Duncan, who chairs the institute’s fire safety advisory group, called the figures ‘shocking’ and urged legislation to ban the use of such cladding on schools as well as ensuring that they were fitted with sprinklers.

Speaking to the AJ about a ban on combustible buildings Geoff Wilkinson, building inspector, wondered just how far legislation should go, saying there was a danger of going from one extreme to the other.

‘Are we really looking ban anything that can burn being on the outside of a building?’ he asked. ‘Just think how many have plastic gutters or timber cladding for example.’

And he suggested that rather than replacing combustible cladding on school buildings, the money could better be used to install sprinklers.

Meanwhile there was a timely reminder that such cladding is not the only cause of fires with the publication of the London Fire Brigade’s report into last month’s fire at the SOM-designed New Providence Wharf.

While the housing block was fitted with flammable cladding, the report said this did not significantly contribute to the fire’s spread.

Instead its investigators found that corridor smoke detectors had failed to trigger the building’s automatic opening vent or to shut communal area fire doors, causing the building to act ‘like a broken chimney’.

It added that the fire was able to spread across timber decking on some of the flats’ balconies.

Some 100 firefighters were needed to bring the blaze under control and to rescue 35 people from the building. More than 40 people were treated by ambulance crews with two being hospitalised.

And the report concluded that, four years after Grenfell, ‘we are sadly still not seeing a culture change in all those responsible for fire safety in high-rise buildings’.

Listing of Hopkins building may cause headache for Squires

In what feels like a rare victory, the Twentieth Century Society has successfully lobbied for a building to be listed – in this case, Hopkins Architects’ 22 Shad Thames, a six-storey, high-tech building near Tower Bridge.

It was completed in 1991 as a showroom and workshop for cutlery designer David Mellor and was later occupied by Terence Conran.

But while the heritage body may be celebrating, the mood is probably rather different over at the offices of Squire & Partners.

That practice had been planning a three-storey rooftop extension and side and rear-extension to the Hopkins building, but following its grade II listing, any changes will now require listed building consent. In its reasons for listing the building, Historic England specifically mentions ‘its largely unaltered exterior’.

The Twentieth Century Society said the extension would cause ‘substantial harm’ to an ‘architecturally and historically significant building’ which was ‘an important exemplar of high-tech architecture’.

It said it was delighted by Historic England’s decision to list the building and hoped the extension plans would ‘now be sensitively redrawn’.

The buildings’ co-designer Patty Hopkins said she was ‘very pleased’ to learn of its listing.