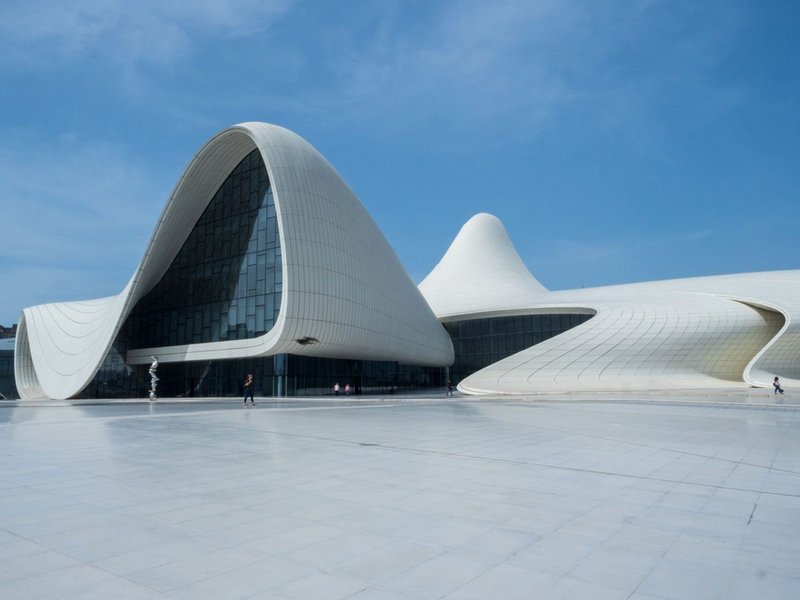 Zaha Hadid Architects’ principal Patrik Schumacher has lost a court battle over ultimate control of the practice following a dispute with three of the executors of Zaha Hadid’s £100 million estate.

But relations between Schumacher and the other three quickly soured after he expressed a series of extreme libertarian opinions. They responded with a joint statement, asserting that Hadid ‘would have been totally opposed to these views’.

Dauntingly, Hadid had given her executors 125 years to distribute the estate, so perhaps it’s some achievement that everything appears to have been tied up in less than five years.

While the bulk of her estate will go to a new charitable body, the Zaha Hadid Foundation, shares in the architecture practice will be transferred to an employee benefit trust, chaired by Schumacher but with a board of trustees

And it was this that proved the sticking point: Schumacher wanted a veto over the board’s membership. He argued that the other trustees’ ‘unjustified hostility’ towards him was undermining ZHA’s ‘ability to continue as a going concern’.

The other three disagreed, alleging that he had a track record of abusing veto powers and had a ‘lack of commitment to basic principles of corporate governance’.

They submitted reports from two independent legal investigations into Schumacher’s behaviour: one looking at issues of corporate governance; the other concerning allegations of inappropriate relationships with junior staff.

According to The Guardian, this second report found that Schumacher had ‘pursued sexual relationships with multiple junior staff members’, and suggested he may have used his position to push for these staff to receive significant pay rises, promotions and educational opportunities.

ZHA has not always backed Schumacher. After his libertarian pronouncements, it released an open letter distancing itself from them. But on this occasion it was quick to defend him, calling the allegations ‘unfounded’ ‘unproven’ and ‘contested’ and querying the independence of the investigations.

The actual loser of this battle may be the charitable foundation. All the legal costs, which run to several million pounds, will be paid out of Hadid’s estate.

The green industrial revolution must not be too revolutionary

Schumacher’s defeat came at the end of what had already been a busy week. The prime minister announced a ‘green industrial revolution’ and while many architects felt that, as revolutions went, this one wasn’t nearly revolutionary enough, Schumacher was cautioning against changes taking things too far.

That's right, the man who made newspaper front-page headlines with his call to build over Hyde Park, privatise all public spaces and scrap social housing, was warning against being too radical.

Schumacher fully accepts there is a climate crisis, but is concerned by the ideas of ‘degrowth’ – that capitalism’s pursuance of ever-increasing economic consumption must be challenged to prevent increasing carbon emissions.

Speaking at a conference on Reimagining the Urban City, he argued that, in fact, growth was vital for fighting climate change as it would bring the resources to overcome the crisis ‘through investment, science and new technology’.

Boris Johnson’s 10-point plan to reduce the UK’s carbon emissions mostly focuses on transport and energy provision. Sitting at number seven in the list is a proposal to make ‘our homes, schools and hospitals, greener, warmer and more energy-efficient’. Its strategy, however, seems to focus largely on replacing conventional boilers with heat pumps.

Building Design reported that architects had given the plan a lukewarm reaction, arguing that far more emphasis should have been given to the built environment considering it is responsible for 40% of carbon emissions.

The UK Green Building Council’s Julie Hirigoyen said retrofitting existing homes was crucial to driving down emissions, and called on the government to encourage this by cutting VAT on home renovation – a call environmentalists have been making for several decades but which continues to fall on deaf ears.

It’s quite possible that many people are experiencing Grenfell fatigue – glazing over the headlines that add to the already depressing picture of negligence and avarice. Which may account for the lack of attention given to the latest revelation, from a former employee of Celotex, manufacturer of the combustible insulation installed on the tower.

Last week, Jonathan Roper, who was a product manager with the firm, revealed that Celotex deliberately manipulated fire-safety tests to give the impression that its insulation boards were suitable for tall buildings when it knew they weren’t.

He told the Grenfell Tower Inquiry that Celotex was desperate to produce foam insulation that could be used on buildings taller than 18m. However, its FR5000 insulation foam board failed a fire-safety test carried out by the Building Research Establishment (BRE) in February 2014. A test-fire reached the top of the BRE’s rig in 26 minutes.

Three months later it resubmitted the exactly the same product for testing, but now rebranded RS5000. This time, however, it added concealed fire-retardant panels. These slowed the test fire’s spread and the product was approved. But the boards’ presence was not declared in the BRE report or subsequent marking.

Roper added that such manipulation of test results was ‘common practice’.

While Celotex has admitted ‘unacceptable conduct’ in the certification and marketing of the product, it also seems to lay partial blame with construction professionals, who it says should have known the product was combustible. How negligent of them to believe our marketing, it appears to be saying.

Assemble shortlisted for ‘Festival of Brexit’

Britain left the EU last January and will leave the single market in six weeks. And doesn’t it make you want to get up and party!

Well hold that thought, because in just over a year you’ll be able to celebrate this exciting new era at Festival UK* 2022 also known as the Festival of Brexit – a reference to the 1951 Festival of Britain which it is partly inspired by.

And it may well be cause to break out the champagne for Turner Prize-winning practice Assemble as well as architecturally trained designer Jason Bruges.

Both are among the 30 teams that will each receive £100,000 to develop their proposals for the UK-wide festival. Ten of the teams will then be chosen to create projects for the event, which seeks to extol British innovation and creativity.

Its organisers seem to be studiously avoiding the B-word, but nevertheless, some people are less than comfortable about taking part in an event whose origins lie in marking the UK’s departure from Europe.

Comedian Josie Long, who was part of one of the shortlisted teams, withdrew after learning about this aspect.

The festival's curator, Martin Green, is however confident that people will come around. He was previously involved in the London 2012 Olympics opening and closing ceremonies, so has a strong record of confounding sceptics.

Ryder drafted in to help on OMA’s troubled arts centre

Manchester City Council has enlisted Ryder to help out with The Factory, its very overdue and over-budget arts centre, designed by Rem Koolhaas’s practice OMA.

The Factory is being built on the site of the former Granada Studios, where Coronation Street was once filmed. It was originally scheduled to complete last year at a cost of £110 million. But the council revealed last month that its cost had soared to £186 million and it wasn’t expected to complete before the end of 2022.

The building is set to be permanent home to the biennial Manchester International Festival, but the delays mean it will not be ready in time for next year’s event.

The council is blaming the latest budget increase on the pandemic, saying it had restricted numbers on site and slowed productivity. Restrictions have also made it harder for staff from the Rotterdam-based practice to get to Manchester.

It said that Ryder had been brought in as executive architect, ‘assisting with delivery of some of the technical details’. It stressed: ‘This remains an OMA-designed building’.

The council remains confident that The Factory will be ‘one of the largest, most ambitious and most versatile purpose-built arts spaces in the world’.

As a way of making a living, architecture has got that little bit less attractive in the past year. An annual salary survey by 9B Careers, and shared with the Architects’ Journal, shows that overall pay fell by 0.4%. This follows a 0.8% decrease in 2019, depicting a worrying trend.

It’s particularly bad news for women. The survey of architects, architecture staff and technicians, shows that the gender pay gap has widened. Men now earn on average £1,485 a year more than women, up from £1,326 last year.

Former RIBA president Jack Pringle said it was no surprise that salaries dropped ‘in this difficult period’ but added that ‘an increasing gender pay gap can’t be blamed on Covid'.

He also argued that the fall in pay was damaging the profession’s diversity, saying it put off people from disadvantaged backgrounds. ‘They must think they will be better off being lawyers or accountants – with cheaper courses and better salaries,’ he told the AJ.