On the site of a former slum, Grenfell Tower was supposed to provide a brave new world for its residents on the Lancaster West Estate 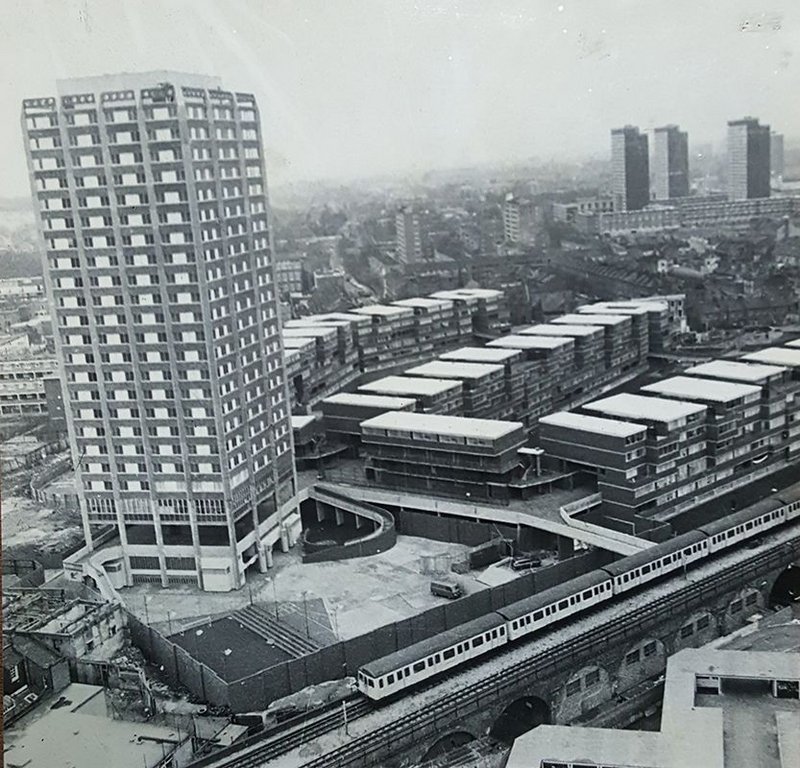 Grenfell Tower shortly after construction, with its low rise finger blocks behind.

The story of Grenfell Tower is in many ways a timeline to tragedy. According to his widow Pauline, architect Clifford Wearden never wanted Grenfell Tower to be built as part of his post-war masterplan for Notting Dale, west London. His disgust for it was such that he later pretended to his family that it had been demolished, though it was in plain sight when they drove over the Westway.

Grenfell Tower is part of the Lancaster West estate built between 1972 and 1981 on a 28 acre plot behind Latimer Road Station. The area had a turbulent history. In the early 19th century it was infamous as a shanty town of shed housing and piggeries built amid stagnant water. After the bombing of the Second World War, the 1860s terraced housing became slums and in 1958 it was the locus of the Notting Hill race riots.

In the 1960s, Kensington & Chelsea commissioned the Lancaster West development to replace these Victorian streets that were deemed ‘rank with decay’. It was seen as an opportunity to replace them with something cleaner, better and more spacious. Clifford Wearden & Associates, a small private practice, was appointed in 1963.

Influenced by Robin Hood Gardens and the Lillington Estate, the masterplan was designed as an environmental area that segregated vehicles from pedestrians in a combination of linear and radial development. It included housing, shops, offices and pubs as well as a swimming pool, post office, nursery, elderly people’s home, library, children’s home and petrol station, all linked by raised integrated walkways. The masterplan accommodated 3,700 people in 1,038 apartments provided to Parker Morris Standards, with a density of 137 people per acre.

Grenfell Tower was, despite the architect’s reservations, the landmark of the masterplan, indicating the centre. Planning was granted in 1970, and construction began in 1972, completing in 1974. It was part of the first part of phase 1, which included three low-rise finger blocks fanning out to the south from its base, replacing Barandon Street, Testerton Street, Blechyden Street, Hurstway Street and part of Lancaster Road.

Grenfell Tower itself was designed to contain 120 flats: 40 one-bed (51.4m2) and 80 two-bed (75.5m2). At 24 storeys, it was bulkier and taller than the slightly earlier four towers on the GLC’s Silchester Estate next door. The central boiler for the entire development was in the basement, 4m deep and with 2m of concrete beneath, so the tower could be used as the chimney. In situ concrete columns, slabs and pre-cast beams tied the building together. Unusually, the tower was designed with external perimeter columns to create a flexible floor plate so internal partitions could be rearranged. The first four floors were for offices and community uses. The core containing the lift, staircase and vertical risers for the services was positioned in the centre with six surrounding flats to a floor – two-beds on the corners.

The tower used insulated precast concrete beams as external walls, giving it an unusual texture. The homes themselves had radiators heated centrally for 30 weeks a year, gas and electrical points for a cooker and fridge, and a fuse board, usually in a hall cupboard. It was a world away from the housing the residents had come from.

However, it was not plain sailing. Despite working on the project for more than a decade, Clifford Wearden only completed the Grenfell Tower and finger blocks part of phase 1; the remaining phases were built by other architects to more generic designs. Subsequent development abandoned many of the masterplan’s key features, including walkways and higher rise, compact housing. The second part of phase 1, the shopping district, never happened, eventually becoming outdoor sports pitches. 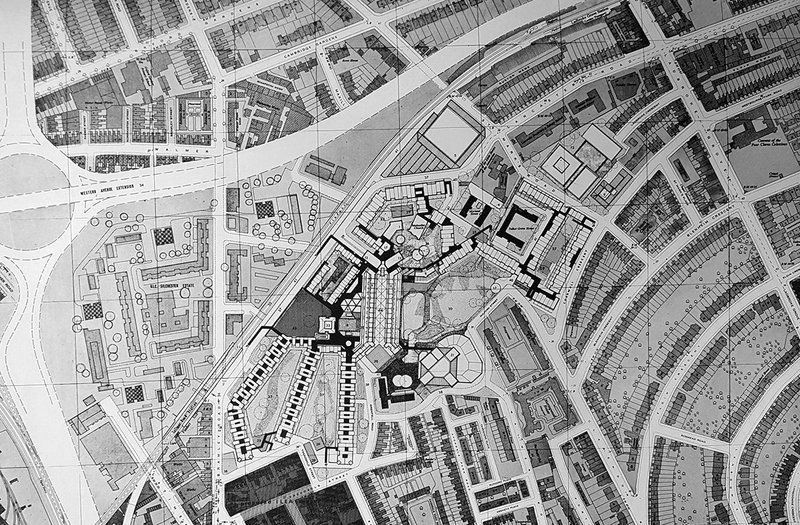 The original 28 acre masterplan by Clifford Wearden, from the architect’s 1968 report.

Soon after completion, the problems began. In a residents’ survey less than five years after the first people moved in, 67% of them reported being satisfied living in Grenfell Tower but ‘only happy once inside the door’ and ‘you could die here and no one would notice’. Eighty-five percent of respondents reported that basic facilities (lifts, lighting) were not satisfactory. Sixty-two percent reported vandalism and comments included the ‘estate is too big and impersonal’. The survey concluded that Grenfell Tower was the least satisfactory part of the estate, with reports that the ‘stairs were like a prison, lifts smelly, rubbish not collected, and the upstairs flats not safe for children’.

By 1982 the council was carrying out consultancy studies of the estate’s problems. At the time it was estimated that 4,000 people lived in 950 homes. These early troubles were compounded in 1982 when there was a cockroach infestation affecting 500 people, including residents in Grenfell Tower, and with asbestos in the buildings that resulted in the council being found guilty of negligence towards its maintenance workers. In the late 1980s focus shifted away from housing to crime prevention on the estate. The Estate Management Board was registered in 1993, writing in its 1994 newsletter: ‘The Lancaster West Estate has, for a number of years, had an ill deserved reputation as an area to be avoided.’ It highlighted priorities as lighting and reducing youth crime by providing more facilities for young people. As a result of these concerns, modifications were made to access arrangements to the finger blocks and Grenfell Tower. Internal walkways to the finger blocks were divided so each flat only had one point of entry. Grenfell’s two means of entrance were reduced to one.

Most recently, the tower was refurbished as part of a project by Studio E Architects to redevelop the outdoor sports pitches and leisure centre area at its base. The plans were publicised in 2012 and carried out in 2015-16. The renovation undertaken by Rydon aimed to replace the long-problematic heating system and the windows, increase the thermal efficiency and improve the tower’s appearance with external insulation and rainscreen cladding in the style of the new Kensington Academy built on the sports pitches. It also reconfigured the four lowest levels to insert nine more flats, including 101m2 ones for six-person families. In early 2016, similar recladding plans were being considered by the council for the neighbouring Silchester Estate’s four towers, after Grenfell Tower was considered a success. 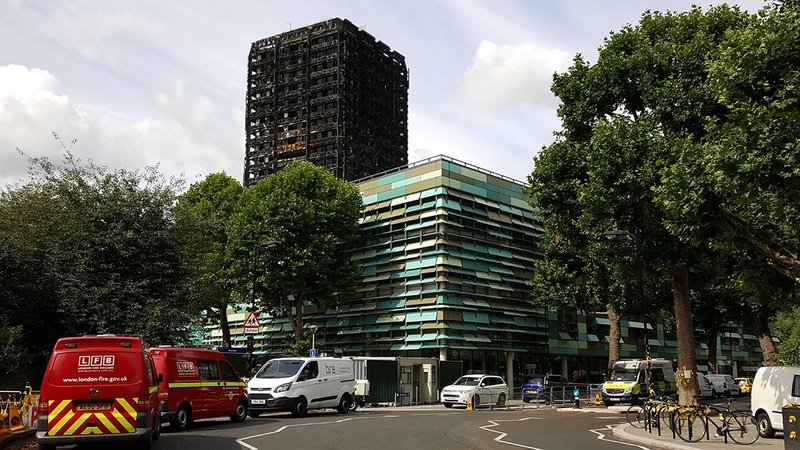