It’s a privilege to be an architect, says the co-founder of Marks Barfield Architects, and important to design sustainable and socially useful as well as beautiful schemes

Julia Barfield is managing director of Marks Barfield Architects. Now 68, she co-founded the practice with David Marks in 1989 after working for Foster+Partners and Richard Rogers Partnership.

Knowing what you know now, did you make the right decision to be an architect? Would you still be one if you were starting out today?

Yes. I feel it’s a privilege being an architect and creating things every day that are both useful and, hopefully, beautiful. At school, I liked both arts and sciences so architecture, a marriage of the two, was the natural ­outcome.

However I was lucky, as all my fees at the Architectural Association were paid for by the local authority – I wouldn’t have been able to go there otherwise. Today, I wonder if the cost of architectural education outweighs its value. Perhaps what’s needed is more of a combination of practice and academic study, which would make it more affordable for many. We’re looking at possibly getting people from the London School of Architecture, which is organised more along those lines. Certainly I learnt the most when I started working at Richard Rogers Partnership, and then at Foster’s.

In terms of Marks Barfield Architects, it would have to be the London Eye. However, it was something of a mixed blessing as it defined us, and so constrained us when we were interested in doing so many other things.

I’m proud of many elements of the London Eye, in particular when we got permission to indefinitely extend its previously temporary planning permission – we managed to get the stipulation that 1% of ticket sales should go to the local community embedded into the agreement. It was like a sort of Section 106 in perpetuity, and has raised millions for the South Bank and Waterloo.

More recently, I’d say the Cambridge University Primary School and the Cambridge Central Mosque. The Mosque was a project that David (Marks) was very much involved in. There are a lot of misconceptions about Islam, and we were trying to define what a British mosque could be in the 21st century and really embed it as part of UK culture.

The finance is always the most difficult thing to deal with, and it took a very long time to come through for projects such as the Cambridge Mosque and the i360 Viewing Tower in Brighton. As architects, we can’t pretend that we’re not part of the financial side of things – we need to try to understand those models and work with them. Certainly that was something that David was very good at doing. But it was particularly difficult in the 2007 financial crisis when we lost 90% of our work, just when we’d gutted our house in preparation for a major refurb. We realised we weren’t very good at letting staff go – you become a family so it’s very hard – and we didn’t do so as soon as we should have.

Have you ever encountered sexism in your career as an architect?

Yes, in that it still exists every day. But I’ve never found it to be a barrier and have generally ignored it when I’ve encountered it, although I did call out a services engineer for his girly poster back when I was at Richard Rogers, and he had the decency to be shamefaced. I think mindsets have changed a lot since then. David and I were a 50-50 equal partnership and always had a 50-50 balance of men and women architects in the office, which I don’t think is difficult to achieve at all. But sexism is still out there, just like racism, and that has to be recognised.

Has your time in practice been a good period to work as an architect?

Like many practices we’ve been trying to design sustainably for years, but given that the next 10 years are critical, it’s not enough. We need to go beyond simply not doing any harm to being a positive part of the solution. As architects, we need to think about our consultancy role for clients, and maybe even question whether they really need to build at all, and if they do, whether the solution may be refurbishment rather than new build.

I live quite near to Vauxhall in London, and when I look at some of the new building there I wince – some of it is closer to 3D capital than architecture. We need a whole new mindset, and that’s what Architects’ Declare is about.

Although worrying, it is also quite an exciting time in that we need to be like the modern movement a century ago (when they embraced new technology and came up with new ways of looking at things), but do so for the challenges we’re facing today.

Your practice has been entrepreneurial in developing projects such as the London Eye. Would you recommend this ­approach to other architects?

I’d recommend that architects should be the masters of their own futures if they can be, while being very careful about their business plans. David and I were part of a group who set up a model-making company straight after the AA, as we wanted to have our destiny in our own hands. Then we instigated the London Eye, i360 in Brighton and Skyhouse, a high-rise residential project that didn’t happen in the end.

Quite a few architects do their own developments and that’s certainly something to be encouraged. The profits of building should go more to the people who design them, which doesn’t usually happen.

Is it easer, or harder, to get high quality buildings built now than when you first started out?

Achieving the best outcome comes down to our ambitions as architects, and to our powers of persuasion to make the case for high quality architecture to the client. It is also a lot to do with the ambitions of the client and whether they have a long-term view. We’ve always worked very closely with engineers from an early stage, which helps.

Looking back on your work over the years, who has been your biggest influence?

I’d say David. We met at the AA and in many ways grew up together. We were part of the squatting movement in the 1970s, spent a year in South America working in the barriadas of Lima and both worked at Richard Rogers. When I went to work at Foster’s where I was project architect on the Royal Academy Sackler Gallery, he stayed on and worked on the Lloyd’s Building. After David, I’d say Richard Rogers has been influential for his generosity of spirit, and Norman Foster for his clarity of thought.

We got a bit distracted by projects in the Middle East at one point, but I don’t have regrets.

A project that’s an exemplar of regenerative architecture such as the Severn Barrage, a project we worked on pro-bono for a number years. If built, it would have produced 5% of UK electricity demand with clean, renewable, predicable energy, protected 90,000 homes from flooding, and would have lasted three times longer than a nuclear power station.

You’ve been closely involved in Architects Declare. What more needs to be done?

As a profession we have to re-think every­thing. Business as usual is not an option. We need to put the greatest part of our creativity into finding a new ways of practising ­architecture. This begins with reforming ­architectural education, and I’m involved a bit at Belfast and Bath in changes to the curriculum that will better prepare architects for the challenges we are facing in the world today.

The race is on to reach zero carbon. We all need to take the long view and try to be good ancestors.

David’s wedding ring, which I wear on a chain around my neck. 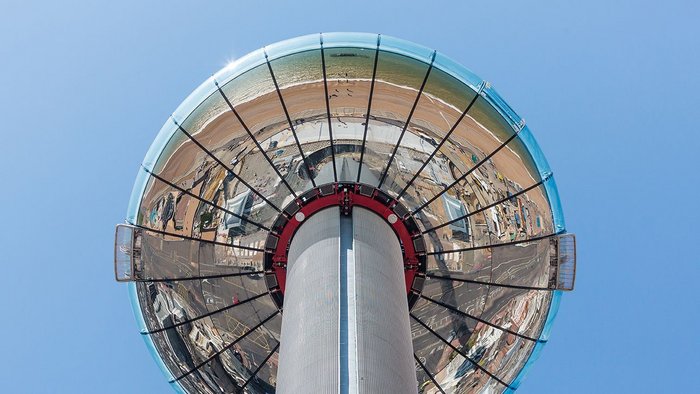 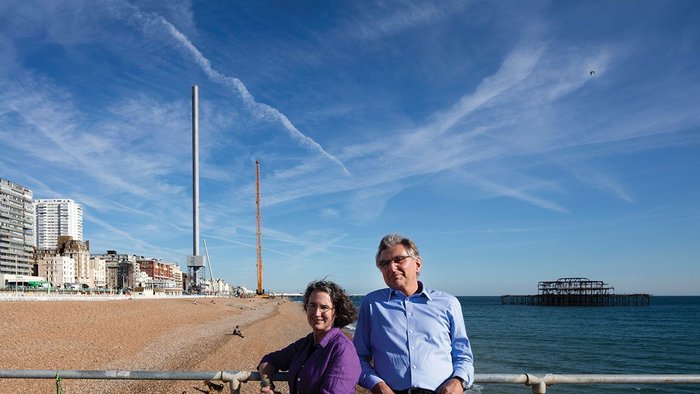