Construction GDP fell a shocking 40% in April. Yet Covid-19 has highlighted a need for a reshaped built environment, and a sustainable one. Can the profession turn disaster into some sort of triumph? 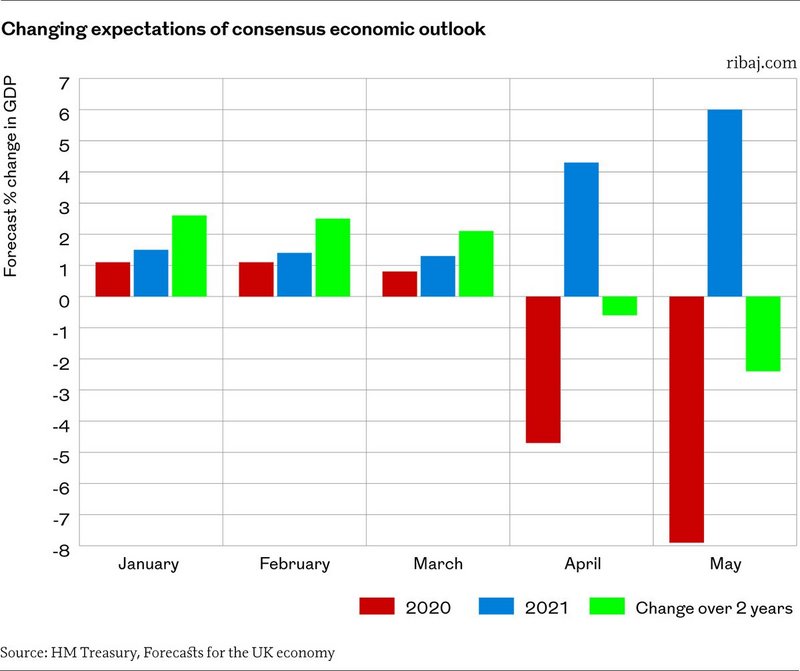 We know the economy is set to take a battering from the coronavirus. We don’t know how big a hit, for how long or precisely which bits will be hit hardest. That in a nutshell is the prevalent unvarnished view among economists.

They can put numbers on the expected fall, but they will freely admit they have no real certainty about the depth of the recession we face. How could they have?

Yes, we are seeing the damage being done coming through in a 20% collapse in GDP in April following the 6% a month earlier, with construction output dropping an unprecedented 40% following a 6% fall in March. Gob smacking that may be, but it is in not a total surprise given the impact of the lockdown.

Yet the final scale of the impact is far from certain. There may or may not be a second significant spike in infections. The possibility of no trade deal with the EU seems to be rising at a time when international trade is precariously perched and striking good trades with the world’s two major economies is hampered by growing conflict between them.

But the view is that the hit will be large and the economics community is focussed on estimating how much permanent or long-lasting damage this might leave – you may have heard economists uttering the words ‘scarring’ or ‘hysteresis’ when describing this damage.

Beyond the more immediate economic impact, it is unclear if parts of the economy will prove unsustainable if new surges of infections from this or future pandemics lead to frequent economic lockdowns.

The ‘dismal science’ is certainly low on optimism right now and for those who track architecture, optimism may well be even lower. In the past, when the economy dipped, it caused a deeper dip for construction and much deeper drop for architecture, a point made by Aziz Mirza, director of The Fees Bureau, last month.

If the Covid crisis means architects face a journey through dark and uncertain times, are there some scintillas of light to guide them to a less daunting future than the raw economic numbers might imply?

Before looking for possible safe passages, it is worth charting where current thinking suggests we might be heading.

The Treasury compiles a consensus each month from a wide range of independent economic forecasters. Chart 1 above shows how this consensus has changed as the pandemic has spread. 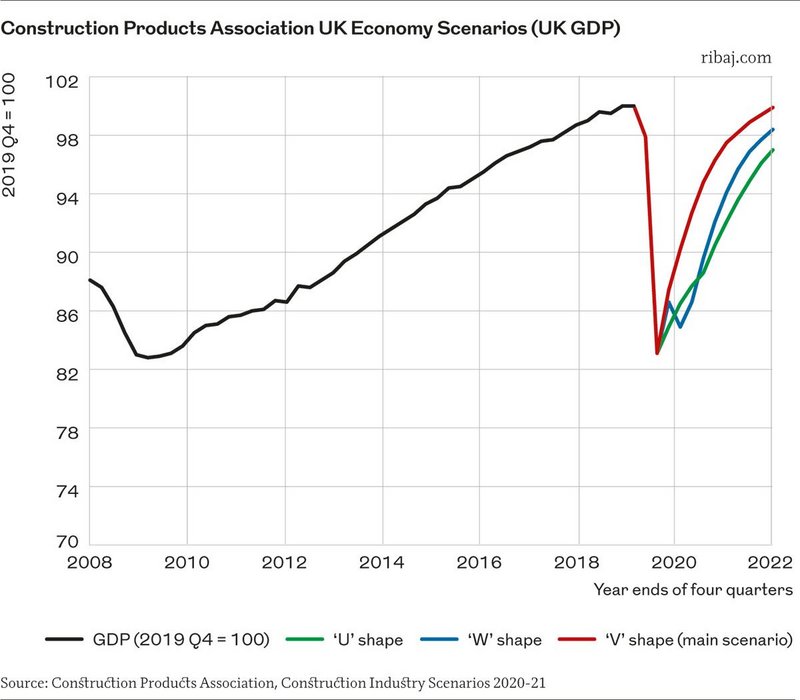 For reference, the UK’s long-term average annual GDP growth rate is generally put at about 2.5%, although for the past 10 years it has been below 2%, reflecting the economy’s struggle to regain vibrancy. The consensus of the forecasts published by the Treasury on 15 January (including latest forecasts made before that date) was for growth of 1.1% in 2020, with 1.5% pencilled in 2022. Modest growth by historic standards.

The chart shows this view broadly held in the latest forecasts released before mid-February. This was a period when the virus was being treated, at least by the government, as a low threat. By mid-March optimism had weakened and it turned to pessimism in April. This pessimism deepened in May.

The first two bars in the chart show the expected growth rates for 2020 and 2021 published in each month, with the third showing the overall growth for the two years. This May consensus suggests the mood among forecasters was that we would enter 2022 with a smaller economy than we had at the end of 2019.

Based on the consensus data it will be 2.4% smaller after recovering from a fall in annual GDP of 7.9%. The UK hasn’t seen GDP decline that fast since 1921.

It was against this dynamic and deteriorating background that the Construction Products Association sought to forecast the implications for construction output. (Here I should declare an interest as I sit on the CPA forecast panel).

The economic scenario CPA used to assess the path of construction is shown in Chart 2. This provides a main scenario, with a ‘V’ shaped recovery, and two alternative scenarios with ‘U’ shaped and ‘W’ shaped recoveries. The ‘V’ represents a quicker rebound. This clearly cannot be guaranteed. 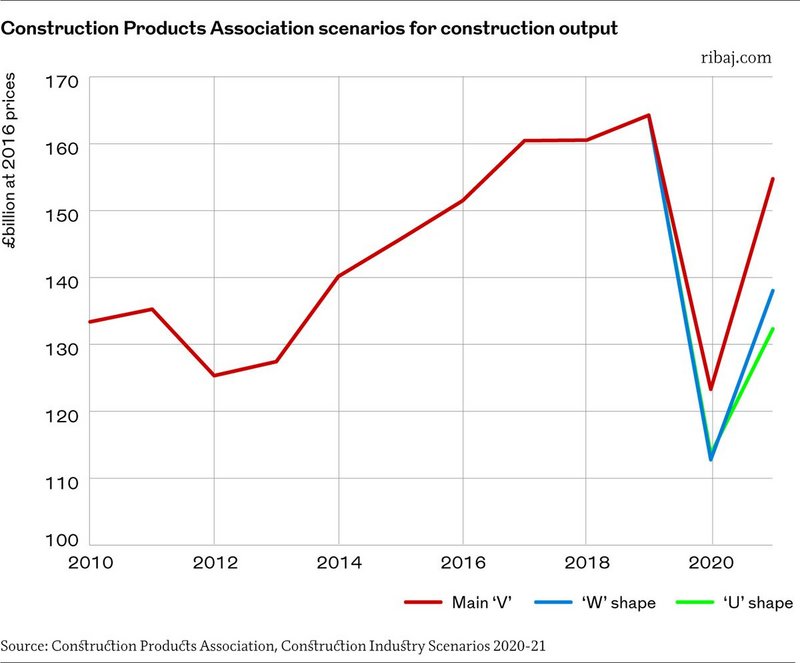 Chart 3 illustrates the expectations of construction output that follow from these three broad economic scenarios. What we quickly see is the dramatic fall in output this year, 25% – bigger than in any recession endured in the post-War era. The main scenario also suggests that even by the end of 2021 the recovery will take us to the levels of output seen in 2016 and 2017, well short of where were output stood at the end of 2019.

If the economy is less responsive to recovery, as in the ‘U’ and ‘W’ scenarios, construction activity may struggle to reach the levels seen in 2014, when the industry began to enjoy benefits from a surge in house building.

Notably, private house building, closely followed by private commercial building, looks set to take the hardest knock this year, as we see in Chart 4. Even before the pandemic there was a sense that house building was waning and would be weakened as Help to Buy was restricted in 2021 and finally ended in 2023. CPA expects the scheme will be maintained to retain a stimulus.

The CPA scenarios are not, nor could they be, accurate forecasts of what is likely to happen. There are too many unknowns and unknowable influences. But they will be indicative of the direction of travel and suggestive of likely levels of workload across the industry.

The failure to contain the pandemic as well as might have been hoped has strengthened fears of a second spike. This could set the industry back further. It is, for that matter, a point of concern that the industry’s recovery plan provides scant, if any, detail on how the industry would or could maximise its output should a second lockdown be imposed.

Looking on the brighter side, the government may seek to pump investment into improving the built environment as a mechanism both to drive the economy and build resilience against future pandemics.

After the 2008 recession, the inevitable surge in government debt generated concern over how to deal with it. The approach taken was austerity. This may not be the approach this time. It appears the sands are shifting. There are reasons to suggest that a policy of spending and stimulating the economy out of recession may well be adopted in the wake of Covid 19, especially with the cost of borrowing so low.

It is notable that in late May an IMF working paper concluded with: ‘… our research highlights that, in the presence of hysteresis* and in the case of a large and persistent event like the one we are witnessing, the costs of policy mistakes are very large. Now is not the time to doubt or err on the side of caution when it comes to expansionary economic policies.’ 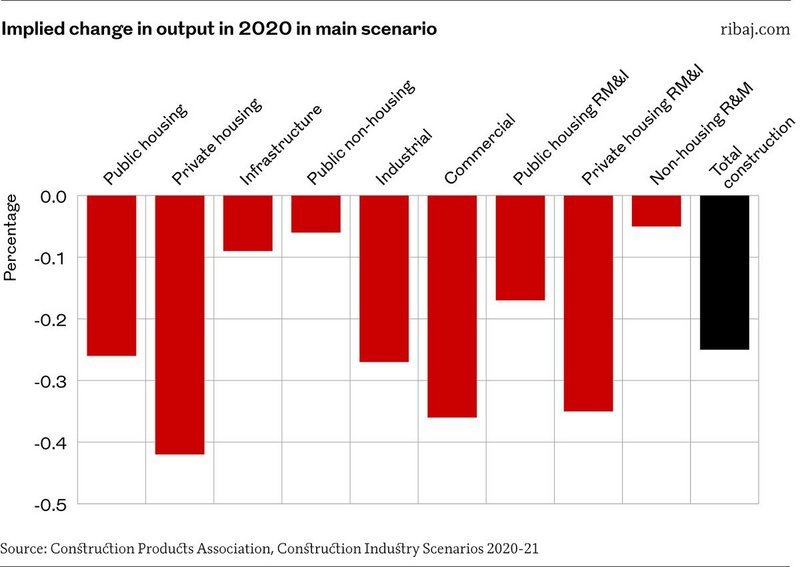 Construction and architecture alike could suffer brutally if any austerity measures taken by government cut investment in the built environment. Investment and support by the state has become increasingly important in recent years. A boost in investment would, on the other hand, cushion the blow of the recession.

The case for investing in construction is strong, particularly labour-intensive construction. This would support jobs across the nation, providing buoyancy to the economy and reducing unemployment costs. Furthermore, it would preserve much-needed skills which are lost in recessions leaving the industry scrabbling for labour when recovery returns.

There is also a case to suggest that the built environment will need to be reshaped in the aftermath of the pandemic. Trends already put in play by the digital revolution, such as working from home and online shopping, were already destined to change how and where we live. The pandemic appears to have accelerated these trends.

The growing urgency to decarbonise the economy presents a further reason to invest heavily in the built environment rather than leave resources idle and a drag on the economy. The resources of the construction sector could be set on a once in a generation mission to make where and how we live more environmentally friendly.

These would seem to be the bright lights shining through the looming darkness. They cannot be relied upon to fill the inevitable gaps in workflow that lie ahead. The logic that underpins a call for greater investment in the built environment must be well articulated, reinforced with smart ideas that illustrate what might be achieved.

That all suggests that this is not a time for special pleading or hand wringing. It is a time for architects and the wider construction sector to demonstrate their worth and their power to reshape a nation for the better. It has been craving a chance to improve its image. Now seems like as a good time as any.

*In economics, hysteresis consists of effects that persist after the initial causes

Read more on architecture and the coronavirus here 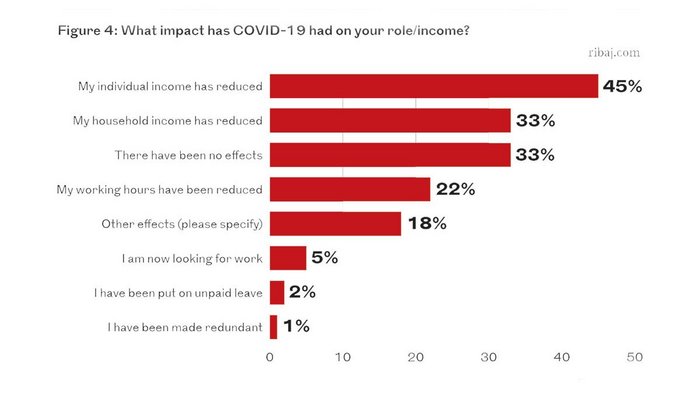 What is Covid-19 doing to your business?