Does the award of the Pritzker to adapt-and-reuse champions Lacaton & Vassal signal a change to the nature of architecture? Plus planners face the music: Southwark’s diversity rethink appoints Spheron Architects, but Sefton Council’s green posture looks thin as it refuses Destination Bootle; and Antepavilion’s post Sharks! shortlist declares war in Hackney 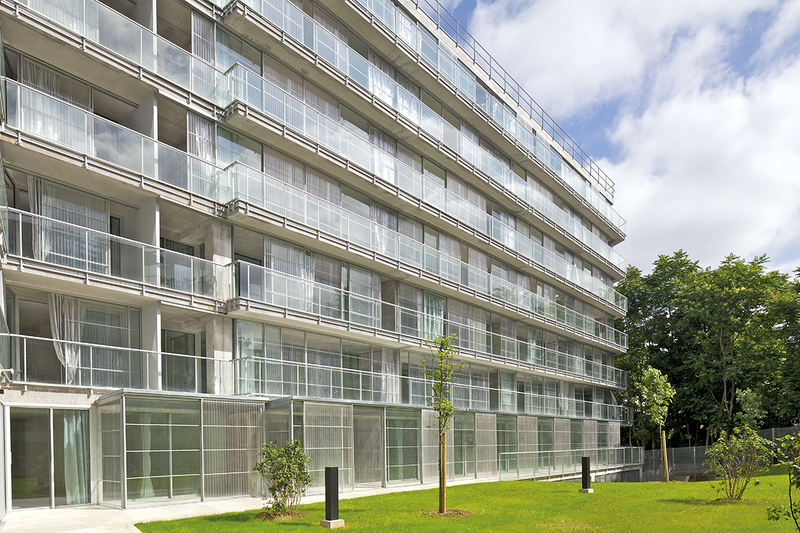 Does the awarding of this year’s Pritzker Prize to retrofit specialists Anne Lacaton and Jean-Philippe Vassal mark – as their citation suggests – an adjustment to the very definition of architecture.

With the construction industry responsible for some 40 per cent of all global carbon emissions, the call for architects to adapt existing buildings rather than to demolish and rebuild is growing ever stronger. It’s a stance the French duo have been taking for decades; now the rest of the world appears to be catching up with them.

And, as the Guardian’s Oliver Wainwright puts it, ‘a prize once reserved for flamboyant sculptors of icons’ is being awarded to ‘a practice that would prefer you didn’t notice their presence at all’. Wainwright has been an admirer for sometime as his 2017 paen to the pair in RIBA Journal shows.

Lacaton and Vassal have made a career out of working with what is already there. Pritzker executive director Martha Thorne describes them as approaching each project ‘convinced that what already exists … has value, and that their role as architects is to appreciate, understand and embrace the existing, while respectfully adding new value.’ Lacaton has even described demolition as ‘an act of violence’.

Among their notable projects are turning a shipbuilding workshop into the FRAC Nord-Pas de Calais art gallery in Dunkirk; and overhauling the Palais de Tokyo museum in Paris.

But it is arguably in the area of social housing that they have truly blazed a trail. They established a template early this century by challenging an estate redevelopment programme in Paris. The French government had allocated €167,000 for each demolished and rebuilt flat. Lacaton and Vassal argued that for the same price they could upgrade three flats, increasing their  size in the process.

The result was their reworking of 1960s tower block Tour Bois le Prêtre, extending the floorplates and adding winter-garden balconies.

They took a similar approach with a Bordeaux housing block in 2017, which won the 2019 Mies van Der Rohe Award.

Not that they are particular fans of such housing blocks, Speaking to Dezeen in 2019, Vassal said: ‘If I was an architect during the 60s or the 50s, I would not have done these huge blocks in the periphery or around the cities. But they are here now and people have lived here for 40 years.’

But as Rowan Moore writes in the Observer, ‘They have long been showing how to make the most unloved buildings beautiful, by adding to and modifying them with skill and imagination.’

Wainwright suggests the only problem with their pragmatic approach is that they often don’t know what the final result of a project will be when they start out. Is this the reason, he wonders, why they have failed to win architectural competitions, such as those in London for the new Museum of London and the Royal College of Art?

With Diller Scofidio + Renfrew’s Centre for Music no longer demolishing and replacing the Museum of London’s current home, might Lacaton and Vassal be the perfect architect to give the current museum building a new lease of life?

If the definition of architecture is changing, Sefton Council really needs to get with the programme.

Destination Bootle had been hailed as  the UK’s largest community-led housing project for one of the country’s most disadvantaged communities. The £41 million social housing scheme in Merseyside, designed by Ellis Williams Architects, was to comprise 107 affordable family homes, an 80-bed extra care facility as well as an arts hub and a nursery.

And to make it more eco-friendly, it would have solar panels and a geothermal heating system.

Just the sort of thing the local authority, Sefton Council, which declared a climate emergency in 2019, would be sure to get behind.

Except it hasn’t. Councillors have refused it planning permission on the grounds that it has failed to meet its target of two parking spaces per home. It’s a target that would appear to sit uneasily with the council’s pledge to become a net-zero local authority by 2030.

The 187-home development included 215 parking spaces, but the council argued that it needed 305.

The planning officer’s report argued that ‘it is unreasonable to expect that personal habits will change over the short time period in which this proposed development would be delivered.’

Putting aside the argument that in an ‘emergency’ a bit of unreasonableness might just be justified, the project’s developer, social enterprise Safe, claims only 29 per cent of people in the area own cars and only 5 per cent own two. Moreover, the scheme, which is just outside Bootle town centre, would be less than 350m from two stations and, says the architect, ‘extremely well connected’.

Safe’s chief executive Brian Dawe commented: ‘Sefton Council should be supporting a green project like this, not pushing for more cars on the road.’ He said it would be appealing the decision.

Has the Antepavilion jumped the shark?

Antepavilion, the annual competition to design a ‘pavilion’ at Columbia and Brunswick Wharf on the Regents Canal, has announced its shortlist of concepts for this year’s creation.

Last year’s winning entry, as attentive readers will recall, was a set of fibreglass sharks – surely stretching any definition of ‘pavilion’ to its very limits. The sharks were a reference to planning cause célèbre the Headington Shark, responding to a competition brief that zeroed in on Hackney Council’s efforts to have previous Antepavilions taken down.

Following the sharks’ installation, Hackney showed it would not be intimidated by satire and promptly took out an injunction to have them removed.

Antepavilion organiser Shiva, however, shows no signs of being chastened by these events.

Managing director Russell Gray said: ‘This year’s Antepavilion has to address the fraught relations between the competition’s organisers and Hackney Council, who are doing everything they can to close down the annual competition.’

And shortlisted entries appear to have embraced this grudge match.

Among the seven schemes is a tube station-like entrance labelled ‘Hackney Injunction’, while another, called ‘False Negative’, features what looks like an imprisoned shark behind bars.

‘The Haggerston Mirage’, meanwhile, is a ‘hidden exhibition space’ which its designer, Torsten Sherwood, suggests could exhibit ‘one of the recently deceased sharks (possibly renamed The Physical Impossibility of Humour in the Mind of a Planning Officer)’.

So awestruck were members of the judging panel by the quality of this year’s entries, they were unable to whittle them down to the usual shortlist of five, having to up the number to seven.

They will have to be a bit more ruthless on 6 April when the final selection meeting takes place. Unless that is, Gray wants to go out in a blaze of council-baiting glory and commission the entire magnificent seven.

Up and coming practice Spheron Architects, led by RIBA Journal columnist and Rising Star Tszwai So and Samuel Bentil Mensah, has won a competition to remodel the square outside Peckham Library after topping a shortlist of emerging practices from black and minority ethnic backgrounds.

The scheme was procured under Southwark Council’s Southwark Stands Together initiative, which the council launched last year as a response to racism experienced by BAME communities. Spheron was selected by a panel that included local residents and young people and the practice will now work with residents to reach a final design.

It’s quite a step forward from last May when the council announced the 110 practices selected for its £10.5 million architectural services framework.

Even though Southwark’s population is 25 per cent black and 46 per cent non-white, just a handful of BAME-led practices made the list and not a single black-led practice featured.

It was a result that London mayor Sadiq Khan decried as ‘clearly unacceptable’, prompting the council to reopen the selection process.

Peckham Library was designed by the late Will Alsop’s practice Alsop & Störmer and won the 2000 Stirling Prize. Spheron co-founder Tszwai So said the prospect of working with the library was ‘quite scary’ but that the practice ‘looked forward to helping the community recreate a much-loved square acting as a civic heart for Peckham’.