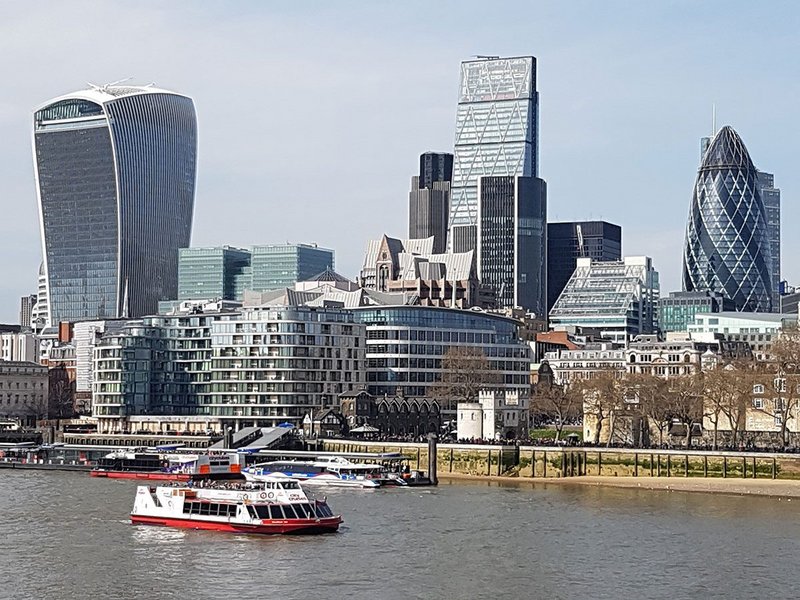 Is the number of new London high rises dropping off? The pandemic-led rise in home-working is widely expected to lead to a long-term shift away from going into the office; while the decline in the capital’s population has taken the edge off the demand for new housing.

Both these factors might dampen demand for more skyscrapers, but would the publication of New London Architecture’s latest tall buildings survey confirm such a trend?

It possibly depended on which online architectural news website you read.

While Building Design reported that the survey showed ‘planning applications for London towers fell by a third last year’, Architects’ Journal proclaimed that the ‘pandemic has not led to a London tower downturn’. Surely they couldn’t both be right.

However, the NLA report suggests this represents a blip rather than a long-term trend.

As the AJ reports, while planning applications may have fallen year on year, the number of planning approvals increased by 11 per cent.

Moreover, the survey makes the point that 73 per cent of applications were submitted in the second half of the year. It draws the conclusion that while coronavirus initially had a severe effect on construction starts with many building sites shutting down completely for a time, there was a significant bounce back later in the year.

This could be bad news for the planet. Last July, Arup engineer Tim Snelson wrote in Domus magazine that a typical skyscraper had at least double the carbon footprint of a 10-storey building with the same floor area. He argued that they needed more steel and concrete to make them stable; and had higher in-use carbon emissions, particularly through lifts and heating and ventilation.

And the NLA report suggests that many London councils are concluding that they do not want any more high rises, particularly those in west London. In fact just three boroughs – Tower Hamlets, Newham and Greenwich – account for 75 per cent of the tall buildings pipeline.

But if demand for office space is falling, then it follows that tenants seeking space in new-build skyscrapers will leave existing office buildings unoccupied. Will their fate then be to undergo shoddy conversions into poor-quality housing under the much-criticised permitted development rights (PDR)?

… which takes us nicely to the case of the planned conversion of a Leicester chip shop under PDR rules – a case that could have broader implications.

The proposal, by architecture and design company Lot 133, was to create three new flats at the back of the Eastpark Chippy. These ranged in size from a cosy 9m2 to a positively cramped 7.7m2.

Each consisted of a single room with a shower and toilet separated from the rest of the space by a curtain.

While a revision to PDR (permitted development rights) rules last year means that schemes now have to meet national space standards, these plans predated that rule change, meaning the council could not use the constrained dimensions as grounds for objection.

Instead it blocked the application on the grounds of flood risk. Unimpressed, the developer appealed.

But it was out of luck; the planning inspector has not only upheld the flood-risk objection, he also said the flats would fail to constitute ‘dwelling houses’. This is important because the term ‘dwelling house’ is used in legislation to define what can be created using PDR.

The inspector argued that the distinctive characteristic of a ‘dwelling house’ is that it provides the facilities required for day-to-day private domestic existence.

He pointed out that the proposed flats had no room for sinks, cooking facilities or food preparation; and that there was not enough room for basic furniture or clothes storage.

While the changes in PDR laws mean such tiny flats will no longer be able to be entertained, the idea that a ‘dwelling house’ needs certain provisions could empower councils to be a little bolder in challenging the worst PDR conversions.

Planned garden village won't be as urban as Poundbury

There’s an exciting opportunity for more traditionally minded architects with the launch of a £2 billion garden village in Hampshire.

Welborne Garden Village is one of 14 such developments that were announced by the government in 2017.

Local landowner Mark Thistlethwayte, who is behind the project, says he aims to build 6,000 homes over the next 25 years. He told the AJ that he saw the design as ‘classical, traditional architecture with a twist to the future’.

And while the village’s overall design is being supervised by Ben Pentreath, who worked on Prince Charles’s Poundbury new town, Thistlethwayte insisted Welborne would be ‘very different’, describing Poundbury as ‘a little too urban’.

Instead, he also referenced existing Hampshire towns, saying ‘A lot of those towns had a real burst of energy at the end of the Napoleonic Wars. It’s very clear when you speak to people locally those are the architectural styles people really love.’

But he added that Welborne would have a whole range of architectural styles, which would also include self-build and contemporary design.

For those interested in putting that premise to the test, Thistlethwayte says he will be looking to appoint architects to the project over the next three months.

Residents of the City of London’s Barbican and Golden Lane estates have expressed concern over the ‘piecemeal’ nature of development in the area, and urged City chiefs to fund a comprehensive masterplan.

This follows the scrapping of Diller Scofidio & Renfro’s £288 million centre for music as well as the cancellation in 2019 of Nicholas Hare Architects’ scheme to expand the City of London School for Girls.

In an open letter to the City of London Corporation, the chairs of the Barbican Association and Golden Lane Estate Residents’ Association argued that both axed schemes had been planned without proper community involvement while also lacking a business case, and that the corporation had wasted more than £8 million in the process. They also expressed concern over ‘piecemeal over-commercialisation’.

And they said they feared that this ‘disjointed’ approach could result in damaging new development at the Barbican, where the corporation has announced a new programme of improvements. The corporation is also set to give an indication of what it proposes to do with the Centre for Music site once it is vacated by the Museum of London. 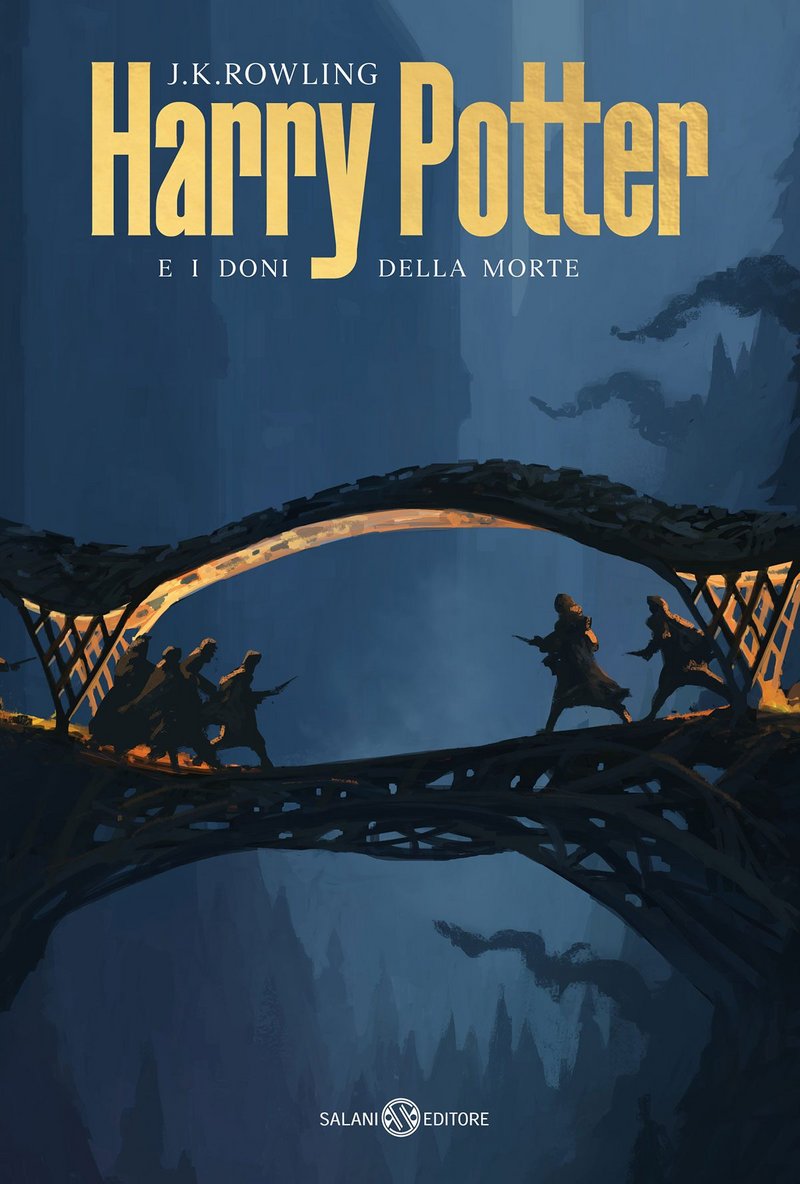 Harry Potter and the architectural illustrations

The covers of the seven Harry Potter books have been given an architectural flavour – in Italy at least.

Celebrated Italian architect Michele De Lucchi and his AMDL CIRCLE have created covers for the Italian editions, which he says place ‘the fantasy genre in dialogue with contemporary architecture’.

De Lucchi, who was a member of the Memphis design group, made a wooden model for each book which was then adapted by illustrator Andreas Rocha to create the new cover. Many of the buildings are based on the architect’s previous creations.

They include a distinctly angular Hogwarts Castle, quite different from the Gothic structure that features in the film, gracing the cover of series opener Harry Potter and the Philosopher’s Stone.

For the third book, Azkaban Prison is portrayed as a zigzagging, brutalist ‘monolith’ sitting on an island in the North Sea, the design based on his Medea Hotel in Georgia.

The Hogwarts astronomy tower depicted on the cover of The Order of the Phoenix is modelled on a 9m-tall wind tower pavilion that De Lucci created for the 2016 Triennale Milano.

The other covers feature the Weasley family home, the Quidditch World Cup stadium, Hagrid’s hut and the bridge to Hogwarts.