Focusing on the province of Bengal in eastern India from the 1820s to 1860s, my study shifts attention to the interior regions of India and the ubiquitous, ordinary spaces of everyday provincial governance of British colonial rule as embodied in the district cutcherry (colonial office). In 1765, the British East India Company had acquired from the Mughal Emperor Shah Alam the rights of agricultural revenue collection of the fertile eastern provinces of India. Through the late 18th and 19th centuries, provincial cutcherries developed as tax collectors, forming the nerve-centres of zilla sadar towns (headquarters of revenue districts), which dotted the agrarian interior of Bengal.

Influence of knowledge on space
My research pursues paper and paper-work as fundamental organising elements of colonial governance which produced and was fed by a spatial logic starting from the interior spaces of cutcherries to urban sites and regional geographies. Following from this, it looks at the architecture, spaces and material culture associated with colonial paper-bureaucracy in Bengal. A key dimension is how colonial knowledge on revenue transformed into material forms and spaces. Of particular significance in the provincial cutcherry were land record rooms (which stored revenue knowledge in material form) and clerical offices (where paper-process was mobilised).

For the research, I combined extensive on-the-ground documentation of the material fabric of the buildings with archival research in India and the UK, looking at governmental papers, period literature and art.

Early cutcherries inhabited residential building types such as bungalows and often combined offices, courtrooms and domestic spaces, blurring their boundaries. From the 1820s, as a number of Indian domestic and global wars for Britain ended, the Company’s revenues stabilised and the need for office space grew, a new ‘barrack type’ of cutcherry appeared. This saw the formal separation of provincial colonial and domestic office space. It consisted of a linear chain of generic spaces, reached by a verandah on two or all four sides.

Land records take pride of place
So pivotal were land records to British colonial rule, that record rooms formed the heart of the cutcherries and other spaces such as general offices and courtrooms were arranged with respect to them – not the other way around. Record rooms were typically 18-20ft by 40-50ft modules with barrel vault roofs and increasingly fitted with grilles, louvres and wire mesh to prevent human, weather and insect intrusion. From the archival records of communications between the headquarters at Calcutta and district cutcherries it becomes apparent that the design and layout of record rooms was a major pre-occupation of the Company. Through the highly prescribed spatial arrangements of paper records on record racks and their protocols of naming/labelling, record rooms also tried to reproduce a de-facto mini-map of the revenue geography of the districts of Bengal.

Bureaucratic work created its own spatial cultures. Clerical work took place in interconnected open office spaces which, due to profuse doors and windows to ease the tropical climate, also became porous and fluid; controlling access to/through them became impossible for colonial authorities. A key group of the cutcherry amla (administrative clerks) were the munshis, Persianette officers, who had been part of Mughal bureaucracy. As the colonial project to shift embodied revenue knowledge from the munshis to English paper records advanced, the English replaced the munshi offices by around the 1860s, taking over the premium location next to the high official’s chambers and courtrooms.

However, there were still large gaps between the colonial authorities’ revenue knowledge and realities of the Indian hinterlands. British officers had to use lower level cutcherry staff as their intermediaries for a range of informal tasks within and beyond the cutcherry. These lower level employees had virtually no formal spatial provisions within the cutcherries, but wielded forms of indirect power through their mobility and direct contact with the local population in bazaars, other town-spaces or villages. The ad-hoc, incremental nature of development of cutcherry premises in fact enabled their appropriations in numerous ways especially by Indian employees and visitors, often beyond the control of colonial authorities.

Paper’s economic impacts
Despite its attempts to use only imported paper from Britain, the cutcherry’s paper governance also became dependent on supplies from local bazaars as well as the extant Indian (formed during Mughal and colonial times) paper economy stretching from Kashmir to Bengal. Hence the logic of paper spilled out into and was also shaped by other town spaces (such as bazaars) and regions (paper supply networks). The cutcherry’s bureaucratic spaces also held culturally produced meanings for Bengali employees – challenging notions of universal experiences of capitalism and secular modernity – who in fact sometimes acted to subvert their instrumentality. 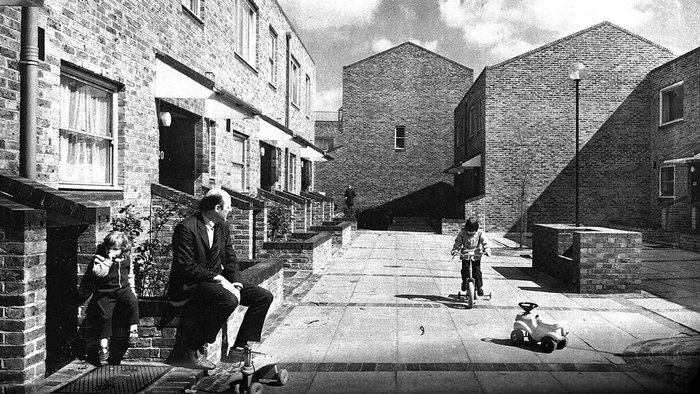 Families and flexibility over time in housing design