From an eco island off China to an international innovation hub or an 18-month break to travel the world seeking the next inspiration – the first generation of Rising Stars is busy plotting the future. Ahead of the deadline for entries to this year’s competition, we catch up with three of the 2016 winners to see where their careers are taking them, and what they have achieved

When recalling Charlotte Knight’s Rising Stars nomination in 2016, it is easy to forget that her levels of energy, experience and engagement was far more advanced than her paper qualifications. At only 28 years old, Knight had led schemes for Feilden Clegg Bradley Studios (FCBS), initiated and run a much-acclaimed personal collaborative project for two moving pavilions called The Observatory and, within the large operations of FCBS, raised the profile of issues such as air quality in London. Knight had the traits and profile of a fully qualified architect, yet was only a Part II architectural assistant.

So it is no surprise that since becoming a Rising Star, she has formalised her experiences by completing her Part 3 at the University of Westminster while continuing to work at FCBS in London. She has taken on more responsibility too, including two office towers for the Circle Square development in Manchester. The £100m scheme recognises a lack of green space in the city and inserts a large new square into a mixed-use masterplan, for which Knight has been working on the 14- and 18-storey blocks. Ever keen to use the knowledge gained from one project on another –  for example the Pea Soup public awareness campaign on air quality – Knight is now working on wider research into workplace design to influence FCBS’s approach, particularly concerning staff wellbeing. While her Part 3 qualification has taken up a lot of her time since she became a RIBA Journal Rising Star, her side projects haven’t been ignored. Knight continues to give talks on the charred timber used in the Observatory scheme to architects and other interested parties trying to develop the method in the UK.

But now, she is planning an 18-month break from office life to travel the world with her developer partner.

‘I’ve been studying for 10 years and I want to recharge and be inspired,’ she explains. As ever, Knight’s enthusiasm knows no bounds and she’ll be squeezing in some animal conservation work and joining charity building projects while on her travels.

Steven Kennedy’s stand-out achievement when he chosen as a RIBAJ Rising Star in 2016 was the setting up of Scale Rule, a project that involved working with students from schools in socially deprived areas to design a pavilion and get it built. Three pavilions have featured in Clerkenwell Design Week and the initiative is now working with programmes for Open City and has been taken up in Nottingham and in Birmingham. Kennedy is part of a structure of directors which acts as a network to find funding, partners and professionals to tutor and run projects. It is also notable that Scale Rule’s design for the London Festival of Architecture’s Modern Maypole was shortlisted last summer alongside that of two other Rising Star practices, Spheron Architects and ScottWhitby Studio, which won the competition.

At Grimshaw Kennedy has been promoted to associate principal, with responsibility for a number of major projects while still doing a lot of bidding; including being shortlisted for the Jurong Lake District Masterplan in Singapore. The 420ha Oman Botanic Gardens project, which he helped secure, has started on site, and Kennedy is leading approval of drawings. Closer to home, on the London 2012 Olympics site, he has been helping flex the practice’s digital innovation muscles as concept lead on the Plexal Innovation Centre at Here East. Just completed, this was designed as a kit of parts and the practice included an element of making to enliven the world of prospective tenants working on the internet of things and cyber security. His next challenge is another innovation centre, Engine Shed 2 at Bristol. This mix of competitions and live projects suits him just fine. He says: ‘I like to keep my finger on the pulse with live projects.’

When twins Daniel and Maximilian Zielinski joined the 2016 Rising Stars cohort they were awaiting the opening of Apple headquarters in Cupertino, California in which they had played a major part. They are now Foster's partners in charge on Apple and working with it on global flagships stores going up from Milan to Macau and the redevelopment of the 5th Avenue, New York site which reopens later this year. ‘We are building a relationship with the team,’ says Dan.

Of course there are still competitions. One win is the masterplan for the crescent of artificial island, Eco Island, off Hainan on the south coast of China. This is a huge undertaking in itself, a 250ha tourist destination. This is helping spearhead Foster work in China and is on show in Beijing. ‘A few doors have opened in China,’ says Dan. ‘Relationships with commercial consultants have led to ideas for collaboration opportunities and competitions so we now have two more competitions in China. The Zielinskis have also been looking at projects in Saudi Arabia. With invitations to speak in their native Romania and nascent possibilities there, the Zielinskis are enjoying the variety and breadth of their work, as well as building some important long-term relationships. ‘We are always looking for challenges,’ says Daniel.

Now we are looking for the next cohort of Rising Stars – enter before 5pm,12th September. 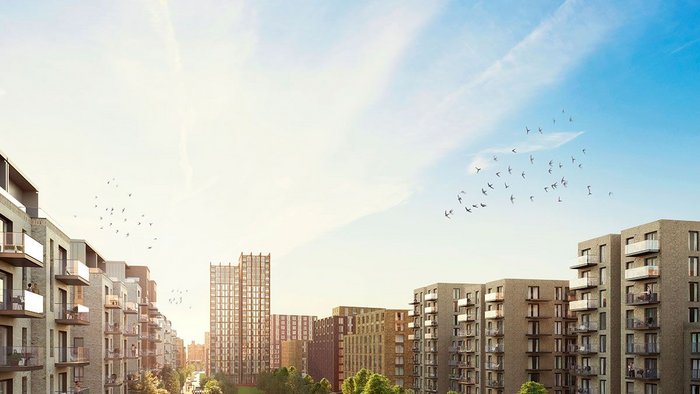 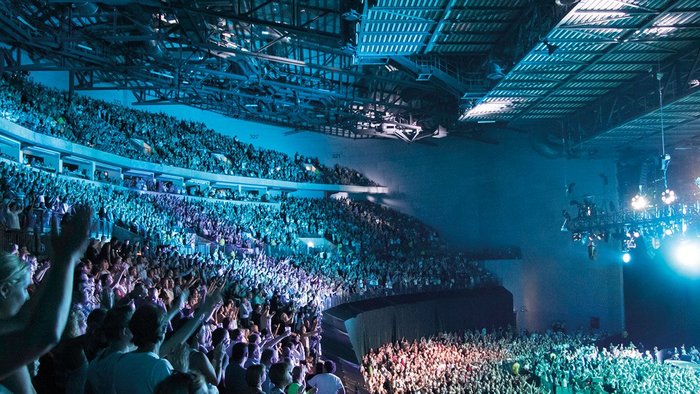 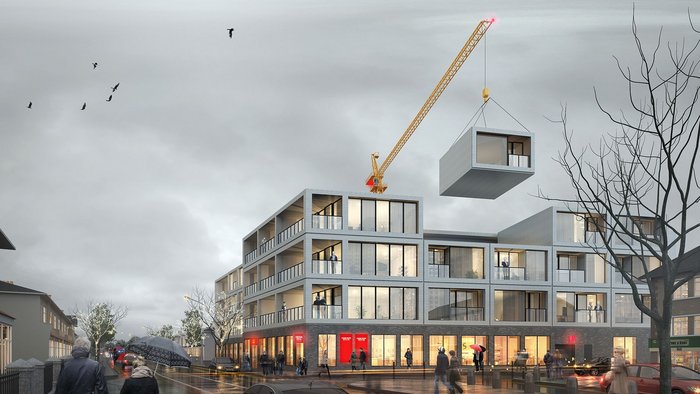 When failure is a good thing