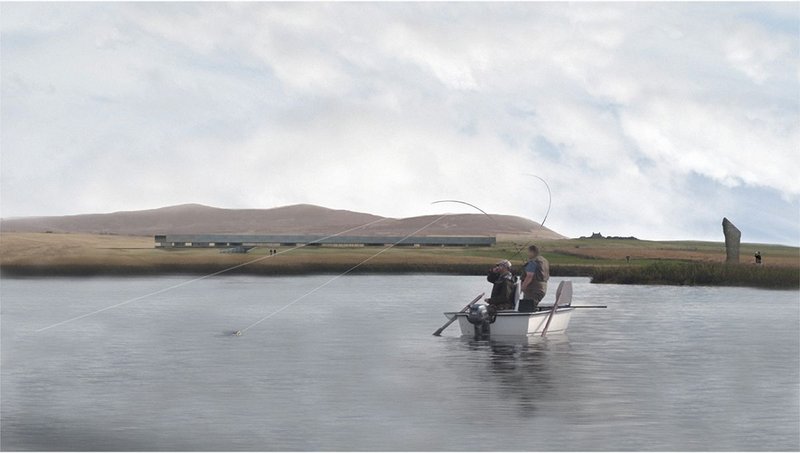 Aberdeen’s Scott Sutherland School of Architecture and the Built Environment is the northernmost of the UK’s architecture schools. It takes pride in its position; head of school David McClean recently wrote on ‘critical north’ – a way of using the distance to enable an independent view with space to carve out its own ideas. Its three MArch units – each with external visiting professors including Neil Gillespie of Reiach and Hall – play a strong part in this and in investigating Aberdeen itself, driven by oil and agricultural wealth, as well as going north to Orkney.

Aberdeen is 130 miles from Edinburgh and 145 from Glasgow but McClean says students more often choose between London schools and Scott Sutherland. The financial landscapes of Scotland and England are thousands of pounds apart. But the gap could be set to close a little. McClean has to deliver courses for £6,530 per student while in England the Augar Review on Post 18 Education and Funding recently recommended that funding be reduced to £7,500 a year, as recently recommended for England in the Augar Review of Post 18 Education and Funding.

So where are the students from? Part I students are 80% Scottish, mostly from the Central Belt and Grampians. There is a top up of European students but very few come from England. However, the school is an exporter of graduates and has acknowledged this recently with a show in London. This year Stromness on Orkney will also host a show.

The university is outside Aberdeen city centre, in Garthdee. Four years ago it moved into the slightly bombastic Sir Ian Wood Building, full of curves and atriums with a complicated plan of unexpected angles and levels (visitors are handed a plan for navigation on arrival). The architecture school has one wing and as you step into it the finishes drop away and the studios start to assert themselves with students’ work. From the school, the campus’s amazing position, perched above the River Dee, can be understood. Overlooking the river are the south-facing BDP designed studios – hard working spaces given life by the clutter of design and model making. 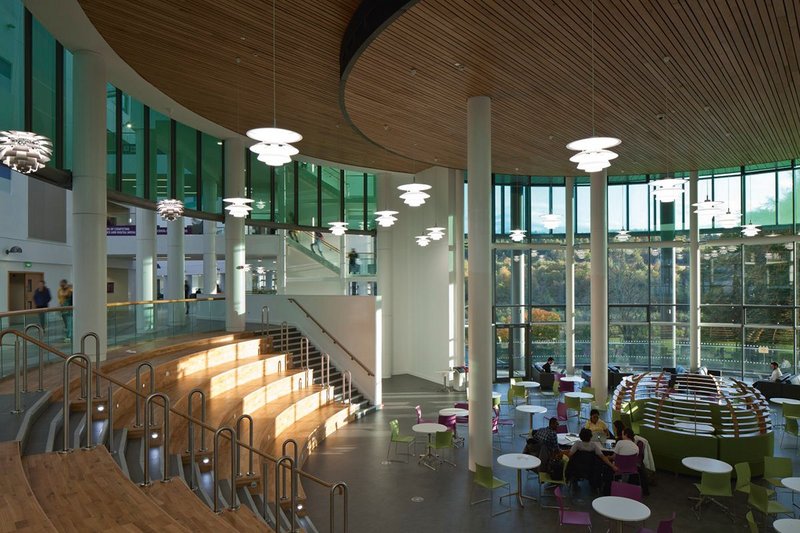 The student hub at the Sir Ian Wood Building, designed by BDP and home to the Scott Sutherland School. Credit: David Barbour/BDP

McClean’s PhD, completed in 2009, was on the practice of studio teaching and he fought not to lose space in the move to the new building. ‘Studio culture was almost unquestioned,’ he says. ‘We kept on doing it, but how do we know what’s effective?’ Now the method and practice of teaching, the pedagogy, is subject to wider investigation. McClean believes studio teaching fundamentally works, but says his studies revealed gaps. Now the school employs someone to enhance learning across the subjects McClean oversees – surveying, construction and architectural technology as well as architecture. Informal processes of working side by side, and specially constructed projects, have brought them together.

Back in architecture there has been an underlying focus on reviews. ‘We have worked hard to get better reviews,’ he says. ‘Twenty years ago crits became very disrespectful… A brutal crit – which we have all experienced – might be about developing a thick skin. But it is a questionable method.’ At the school the focus on the work, rather than the student, has been reinforced, and some years ago they started to set out the ground rules for visiting critics. It continues to be a valuable process: ‘Reviewers can be incisive, pointing out the deepest flaws in the project, without affecting the mental health of the student.’ The school keeps trying things, such as different layouts, to avoid the crit reverting to type. One of the big successes, McClean believes, has been the Big Crit, which is set outside the assessment process. ‘Conversation becomes more relaxed, it becomes a dialogue,’ he says. 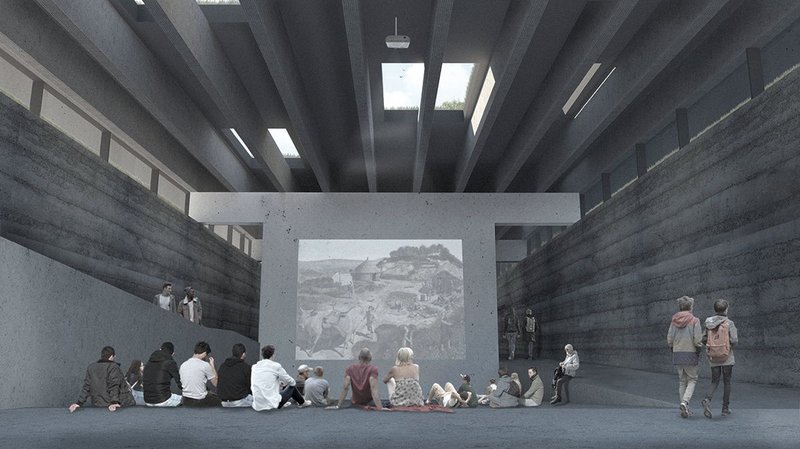 McClean is looking at how the curriculum can develop student resilience and has been researching the mental health of architecture students. The discipline has 25% of students reporting mental health problems – higher than any other. He hopes it will lead to a bigger research project on this in the future and initial survey results from schools across the UK suggest there is an appetite for it.

Investment by the school into an online course for construction management has thrown light on communications more generally. Students expect a huge amount online even with some face to face courses. McClean has seen clearer teaching processes, progression and ownership of learning as a result. Students highlighted these elements, particularly marking and its subjectivity, as confusing at the RIBA visiting board in 2018. But for now the school is enjoying its unique position: with reports of a close knit group of students who ‘live in the studio’ and bring architects from the south, and north, to the school to speak through active student society named for the school’s latitude and longitude, 57°10’.

An Orcadian Caravanserai
Reiach and Hall’s Neil Gillespie is one of a small number of leading practitioners who also commits himself to regular studio teaching. ‘It is really useful for practice,’ he says. ‘It is nice to have a part of your life that no one else knows about. I can bring enthusiasms back to the office. After a good review you see your own work in a different light; and see the need to challenge yourself. In many ways it’s the one place where you can still have a conversation about architecture.’

He travels over from Edinburgh once a week to run one of the three MArch units, An Orcadian Caravanserai. The units include both fourth and fifth year students, ‘a relay race’ is how Gillespie describes them. In the first few years his unit looked to the periphery of Aberdeen, as other units are now doing. But then his unit turned its attention north to the Orkneys, to themes of light and landscape and a place Gillespie knew well from building there. It also explores larger themes of the periphery and marginal groups – for example the impact of the arrival of 5000 cruise liner passengers on Kirkwall’s population of 20,000. Using Florian Beigel’s favoured condenser of the caravanserai – where groups can meet – students have tried to draw together residents and visitors.

‘I am primarily interested in getting close to intimate concerns – the space, material and light,’ says Gillespie. ‘Inevitably you never get as far as you hope you might – you can only take things so far in school, you need a team, friends, engineers…’