The birthplace of Bevan and the NHS has not fared well in recent history, but there’s a will to revive its fortunes. Shortlisted proposals from Rural Office for Architecture, Bruges Tozer and the Environmental Dimension Partnership show how this could be done 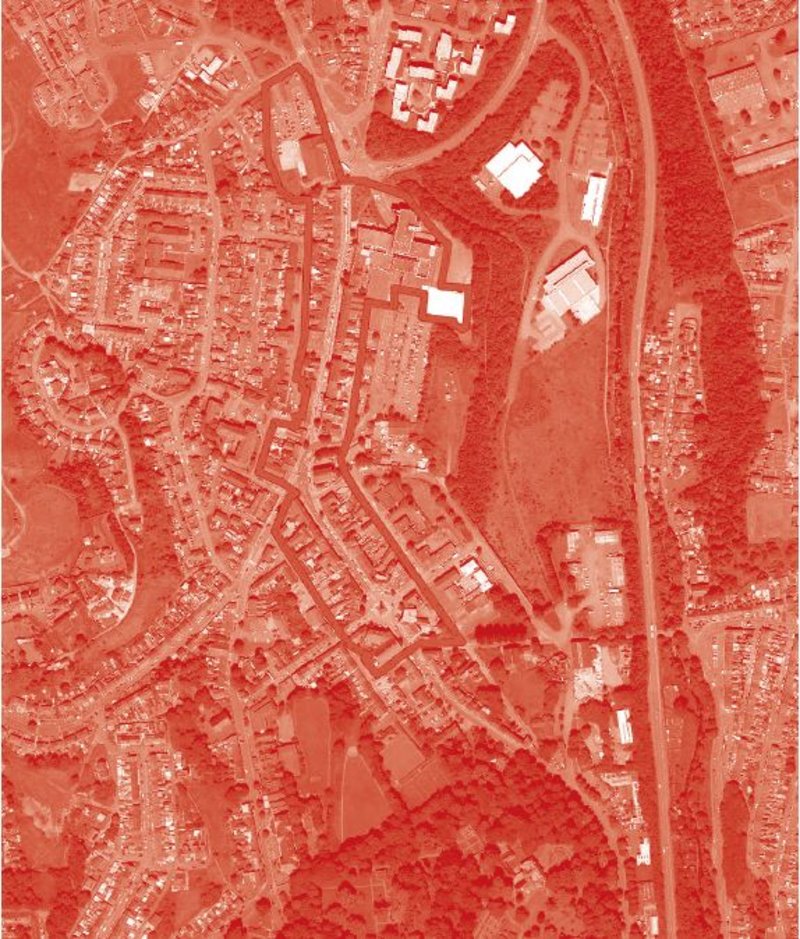 Much of Tredegar's postwar development is low density, monofunctional and car oriented.

Tredegar has a distinguished heritage but loss of industry and employment have brought decline. Sited on the slopes of the Sirhowy Valley in South Wales, it is the UK’s first planned town, created in the early 19th century by Samuel Homfray alongside his Tredegar Iron Company.

It is notable for its street grid and central Circle, and as the birthplace of Aneurin Bevan, the politician who drove the foundation of the NHS, drawing on the model of the Tredegar Workmen’s Medical Aid Society. Two buildings in the conservation area, No 10 The Circle and Tredegar General Hospital, are linked to the society.

‘It has been a struggle, but we are seeing inward investment and there is a passion within the town to lift the profile of Tredegar,’ explained Blaenau Gwent County Borough Council councillor Malcolm Cross during judging in the grade II listed Bedwellty House and Park, Homfray’s former home.

While the historic town is centred around the high street, there is more recent development to the east, west and north, particularly the 1960s shopping centre which largely turns its back on its surroundings. The northern end along Commercial Street has many small shops, some with residential above.

Much of the area’s post-war development is low density, monofunctional and car oriented. The A4048 runs north-south through the valley, impeding east-west movement and diverting people and businesses away from the town centre. There is scope for change at the shopping centre and town centre gateways and the three entries focused on these, as well as the enhancement of Tredegar’s heritage.

The panel applauded the detail of the submissions, and took some time to reach a consensus. Council representatives questioned how measures would withstand or deter anti-social behaviour and ongoing costs. In the end, Rural Office for Architecture won for its community-focused approach, which offered the potential to transform lives and opportunities alongside streets.

The winning proposal from Carmarthen-based Rural Office for Architecture celebrates Tredegar’s resilience, supporting community activity and propagating enterprise with a focus on health, wellbeing and inhabitation of the high street.

‘Tredegar has a thriving community with a variety of groups and clubs, but that isn’t evident from its high street,’ explained architect Niall Maxwell. The team’s proposal centres around a community hub called the Propagator which is intended to make groups more visible and offer a place where people can learn, make, build and grow.

The scheme  knits together the high street using three nodes: the 72ft high Town Clock, the brow of the terrace surrounding Castle Street Church, and the end of Commercial Street. Traffic flow on the high street is reduced, a series of pedestrian green ways added, and existing parkland connected. Rural Office also included some smaller interventions that could make a difference at relatively low cost, including the reintroduction of shop canopies on the high street to create space where people can linger and chat.

The shopping centre is partially retained as a mixed-use building at a scale more sympathetic to the streetscape. The Propagator becomes a signpost and landmark, intentionally contrasting with the current architectural language of the town’s northern gateway. With its home-grown, people orientated approach, it offers everyone the opportunity to contribute to the site’s making and development and becomes the hub for new ideas, growth, sustainable engagement and celebration.
The team impressed the judges by drawing on its work with South Wales communities. Maxwell explained how the proposal could be taken forward. ‘There has to be a call to action from a new or existing organisation, with a five-year plan.’

Council  judges found the prospect of engaging the community daunting, but also potentially exciting. ‘It would be fantastic to engage people,’ said Carolyn Merrifield, while Sue Morgan observed: ‘The Propagator concept recognises that we can no longer look to public money to generate civic pride.’

Gateway new buildings and repurposed existing ones, road improvements, markets and night lighting are among the features that stood out in Bruges Tozer’s entry. The re-establishment of Tredegar as a market town is central to its proposition. The southern end of Commercial Street would become a market square, while two landmark buildings – Castle Street Church and the former Queens Ballroom – would be transformed into a covered market and other community uses.

Investment in residential development is proposed to generate employment and increase users, particularly for the evening economy. Housing  would be for a mixture of tenures, as well as assisted living and care homes, to substantially broaden the town centre’s population.

Drawing on Tredegar’s role in the founding of the NHS, the proposal focuses on community health. A new Entrance Square at the northern end, flanked by new landmark buildings, would incorporate well­being facilities such as a children’s play area, gymnasium or dance floor, fitness centre and youth facilities. Finally, wind-powered kinetic beacons at public nodes would connect key public spaces via a continuous laser beam. The beacons would, said Bruges Tozer’s Richard Swann, ‘visually reconnect the town and celebrate its history.’

Could Tredegar be home to a fun run called the Bevan Bounder? That was one idea in Environmental Dimension’s shortlisted entry. New residential and employment units are designed to attract a diverse resident and worker population. The shopping centre is repurposed as an independent living scheme, with a nursery close by, bringing children and families into the town centre.

‘This was the most building-focused and ambitious of the three entries,’ commented judge Jim Allen. Overall, the design reinstates the public realm as the stage set for urban life, with the mile-long high street proposed for the new run.

Click here to read about the Dover and Byker proposals.

Future Town Centres was produced in association with ACO
@ACOwater