If the current global zeitgeist is one of political, economic and environmental uncertainty, then the fuzzy, reverberating glass skin of the new headquarters of Swiss property management company Société Privée de Gérance (SPG) in Geneva could be its ultimate architectural expression.

The triple-layered glass envelope contains over 3,000 glass ‘blades’ that serve to blur and de-solidify the perimeter surface of the converted office building. The facade is illuminated by white LEDs at night to create a bright, hazy nebulousness, a shimmering urban mirage for passers by to squint at in bewilderment.

The stratified glass is no cheap visual trick, Italian architect Giovanni Vaccarini Architetti saw it as crucial to the environmental strategy for the 3,540m2 project, boosting levels of thermal and acoustic insulation, solar shading and natural ventilation, and maximizing visual permeability and natural daylighting.

Founder director Vaccarini told RIBA Journal: ‘The facade system can not only screen light, but functions as a kind of sensor of solar light in dark periods, which are more common at this latitude. The blades catch solar light and orient it indoors to ensure higher quality spaces, the glass faces act as a multiplier of visions, reflecting and amplifying the landscape and colours of the surrounding environment.’

Stood on Route de Chêne, close to the historical centre of Geneva, the SPG headquarters involved the reuse and adaptation of an existing office block. The refurbishment ‘penetrated deeply to the “heart” of the building’, says the architect. The existing supporting concrete skeleton was reinforced to improve resistance to seismic forces and extended upwards by two floors to reach eight storeys, or 26m high.

Internal office spaces and the functional layout were completely redesigned. A key concern was to improve the quality of workspaces by improving views, daylight and natural ventilation, which led to a complete redesign of the exterior facade.

‘We wanted to realize a new outer coating, [optimizing] thermal and luminous aspects, based on a technological approach and the use of the transparent material par excellence – glass,’ says Vaccarini.

A dense sequence of vertically-oriented serigraphic silk-screen shades, or brises soleil, are anchored to the facade. These are designed to shield against sunlight and permit views out.

The entire facade incorporates over 100 tons of glass, and had to be attached to the existing building with its own structural constraints

The glass fins vary in size based on dimensions of 20cm, 40cm and 60cm and are spaced at varying distances apart to create a simple repeated geometric pattern intended to create a complex visual effect. The same pattern is expressed in the functional layout of interiors, and in geometric patterns on floors, which are made from a local stone with stainless steel inserts.

The architect was inspired by the principles of the abstract artist Kandinsky, and the idea that compositional rhythm, when viewed at different times, can shift the individual’s perception of the architectural volume.

‘The [screen-printed] pattern on the glass blades required meticulous work,’ says Vaccarini. ‘The aim was to define a ‘nebula’ of the locations where light would settle and give substance and opacity to the ethereal surface of the glass blades. Put simply, the idea was to create a gradient, based on a pattern of square pixels, that moves from fully transparent (inner edge of glass) to fully compact (outer edge).’

The layered glass skin has a U-value of just 0.6 W/m2K and forms part of a strategy to slash overall energy consumption compared to the original office block. The renovated office achieved a Minergie ‘A’ certification (Minergie is a registered assessment for new and refurbished low-energy consumption buildings widely used in Switzerland) and managed to save about CHF60,000 (£46,000) during its first year of operation, compared with previous office’s consumption, says Vaccarini.

Italian facade specialist Stahlbau Pichler had its work cut out developing a robust and lightweight engineered system capable of supporting deep facade panels, which range in thickness from 40cm to 80cm. The entire facade incorporates over 100 tons of glass, and had to be attached to the existing building with its own structural constraints.

The aluminium panels are each 4m high, 1.5m wide and configured to allow each glass fin to be attached independently. The optimum amount of aluminium was specified to reduce visual obstructions.

‘The glass blade assembly on site was very delicate, carried out by lowering each blade from above, starting with the ground floor then moving upwards,’ says Vaccarini.

Vaccarini has described the glass envelope as an ‘augmented window,’ that amplifies, reflects and refracts blades of light to enhance views of the surroundings from the office floor. When seen from the outside, the ‘thick’ stratified facade with its screen-printed glass panels de-materializes the surface and increases its sensitivity to colour changes. When the LEDs are switched on at night the resulting prismatic blur could leave some passers by wondering if they should have gone to Specsavers.

‘The result is extraordinary, in the literal sense of the term ‘out of the ordinary’, says Vaccarini. ‘A simple system that, when reiterated, produces a complex multiplication of visions, both on the inside and on the outside of the building – a kinetic form of architecture,’ he concludes. 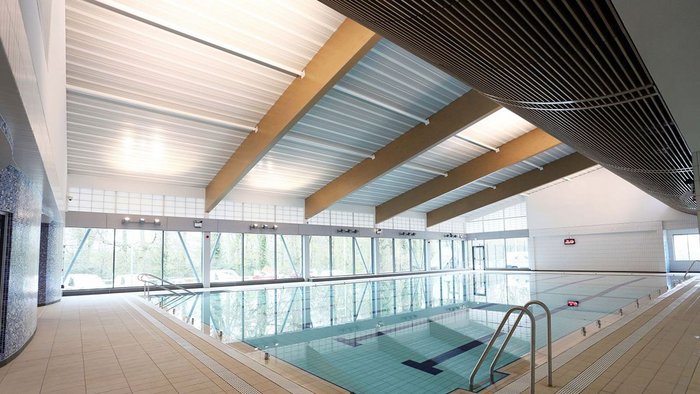 In association with APL 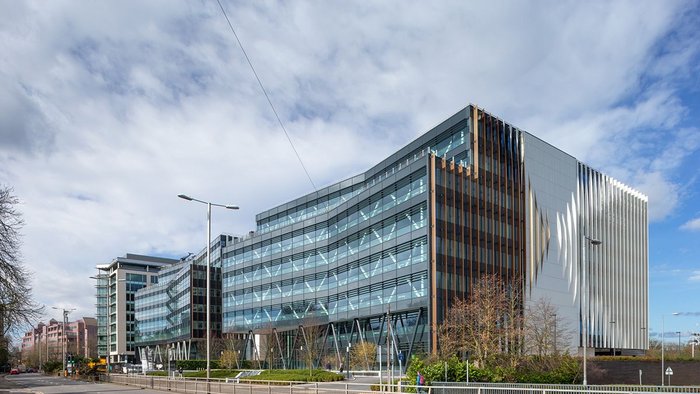 In association with Ash & Lacy 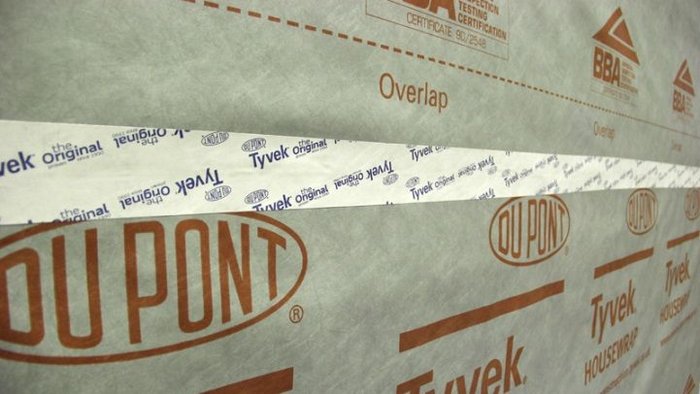 In association with DuPont Corian

How to get airtightness right