Anyone who relishes a measured survey of the interior of a complex heritage property, without a right angled wall to be seen; who joys in a pinpoint accurate triangulation, look away now. In July students and staff from the University of South Wales mapped in detail and for the first time the spectacular underground cave system of Dan-yr-Ogof, or National Showcaves of Wales.

Led by Dr David Kidner and Dr Nathan Thomas, the university’s GIS department documented the Cathedral Cave, including the cavern known as ‘The Dome of St Paul’s’ using a ZEB1 hand held laser scanner. The specialised tool, which required only simple instruction to use, was able to capture millions of highly accurate measurements, forming a data point cloud. From this a virtual model has been created showing the cave system in intricate detail- including its many delicate stalactites. 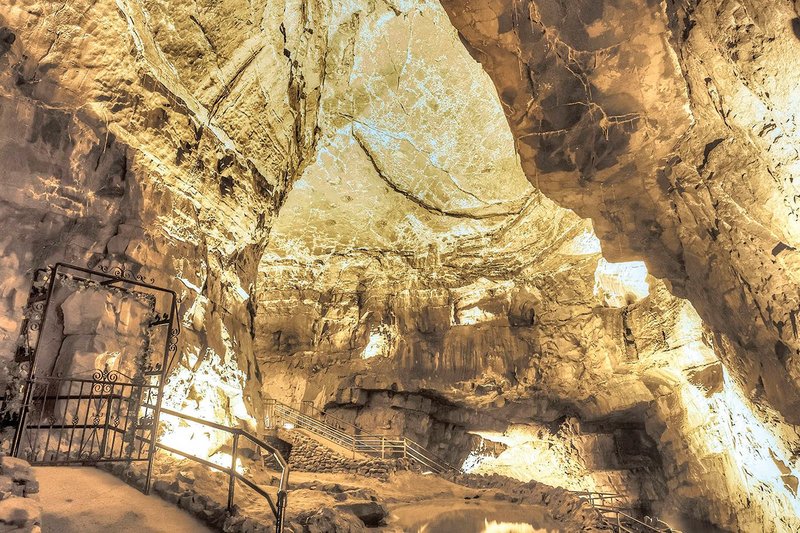 The National Showcaves of Wales near Swansea. 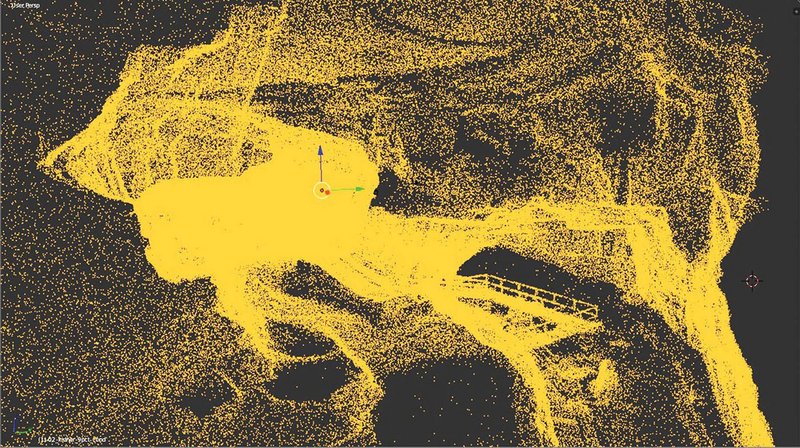 What’s special about the ZEB1, which was initially developed by Australian space agency CSIRO, is its claim to ensure the spatial accuracy of captured data, even in places without access to a GPS signal – hence the significance of this subterranean test. This is made possible by a ‘wobble’ that is built into the device via the simple spring mechanism on which the scanner head sits (the device was originally called the ‘Zebedee’ after the character from the 1970s children’s show ‘The Magic Roundabout’).

Walking round the space at normal pace makes the scanner loosely oscillate on the spring, producing a rotation that converts millions of 2D laser measurements into 3D fields of view. It’s action is based on the principle of ‘Simultaneous Localisation and Mapping (SLAM), which reads successive measurements relative to each other, the scanner building a virtual picture of a space as a result of moving through it. This ability to self-localise makes ZEB1 well-suited to covered environments that GPS can’t reach.

Students can output the raw data in other formats to create 3D spatial visualisations – translatable using both commercial and open source applications. Now a team from the university is using it to create walkthroughs and virtual tours as the highlight of the National Showcaves’ website.

While the Welsh caves might be a great natural showcase for the ZEB1 scanner, it is well-suited to surveying buildings. The scanner was recently used to survey Budapest’s historic National Institution of Mental Health. Covering more than 40,000m2 and 2000 rooms, the surveying task, which was to take no more than a month, was given to engineering firm Burken. Riegl terrestrial scanners were used for the outdoor areas, while internal spaces were surveyed using the ZEB1 for data capture – operatives had merely to walk around the site buildings at normal pace.

The survey drawings were part of a tender package to record the current building condition and to support the institution’s proposed restoration programme – project delivery meant supplying a full package of survey drawings at 1:200 scale. There was additional benefit too, as ZEB1’s data could be merged with that of the Riegl scanners. ‘The data captured by the terrestrial scanners was in a global co-ordinate system so the ability to integrate the ZEB1 data within this global reference was another major factor in its selection,’ said Lajos Kandra, Burkan managing director.