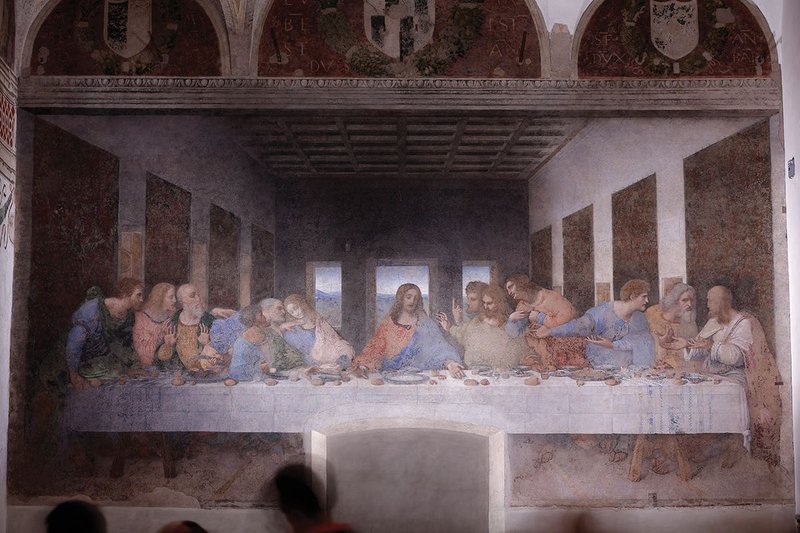 Commissioned in 1492 by the powerful Sforza family for the refectory of the church of Santa Maria delle Grazie in Milan, Leonardo da Vinci’s Last Supper, completed in 1498, was one of the first great perspectival paintings and marked the start of a New World era of great cultural energy.

The wonder is that it is here at all. Almost as soon as he finished painting, the Last Supper had already begun to decay. Da Vinci craved subtle shades that would enhance chiaroscuro and perspective effects not possible with ‘wet’ fresco techniques, so experimented with a wood painting method on the wall that would allow him to work into and amend his painting over time. But on the convent’s north wall and with a working kitchen behind its uneven thickness, damp and humidity soon attacked the innovative primer and cracking and peeling began. An invading Napoleon stabled his horses in the refectory and used it as a dartboard in the 18th century and in 1943 allied bombing levelled the church and refectory. The painting was saved by a wall of sandbags – but then left to the elements for four years before any restoration began. It was only in 1999, after Pinan Brambila spent 20 years restoring the badly damaged work, that the spirit of the artist’s intent began to manifest itself again, albeit in far more muted tones. 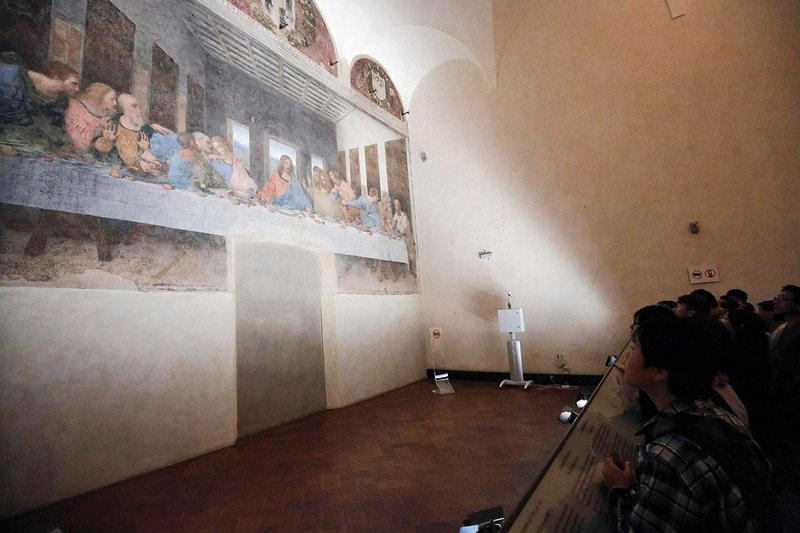 It’s not just the light: these luminaires reduce the temperature significantly.

So how the work is lit is all-important. Lighting firm iGuzzini was invited by Italy’s Ministry of Cultural Heritage to relight it, replacing 5000K fluorescent tubes, whose bias toward the blue end of the spectrum cast the painting in a cold light. After six months’ experimenting, and with only limited access to the painting due to visitor pressure, it opted for its Palco LED lighting system. Seven luminaires light the work in three main sections, reducing energy demand for the room’s lighting by 83% while the painting accounts for only 47W.

The benefits are far more than energy-saving however – with the refectory accessed via an airlock to try and maintain environmental stability, the current limitation of 25 visitors every 15 minutes for six days a week is a direct result of their cumulative effects on strict internal humidity and temperature levels. The 4°C reduced room temperature could allow 40 persons per viewing, or increase visiting times by two hours per day. That alone should mean greater access for viewers to an enigmatic painting that has beguiled and confounded in equal measure for over 500 years. 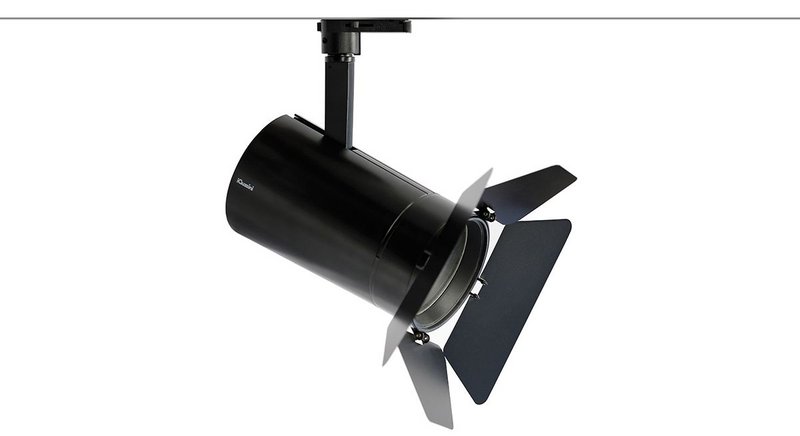 THE SEVEN LAMPS
Seven iGuzzini Palco LED luminaires are trained on the 8.8m by  4.6m Last Supper; two spots on the right and left and three in the middle. Furthest on the right, an 18° medium optic dimmed to 60%, lights the general left hand side of the painting with an adjacent 2000 lumen 10° spot optic refractor dimmed to 5%, specifically illuminating the hands and table on the left. The same arrangement occurs on the left to illuminate the right hand side, but dimmed to 80% to account for the former clerestory window at the top left that would have lit the left hand side to a greater extent. At the centre from left to right are lit the face of Jesus and the arches above and to the right of Jesus’ head. The 3000-4000K  lighting delivery draws out the warmer hues of the painting, with LED drivers becoming all-important as they must ensure no loss of colour rendering given the high levels of dimming. The result is a lighting strategy that attempts to delicately emulate the natural lighting conditions that would have existed when Da Vinci painted it.