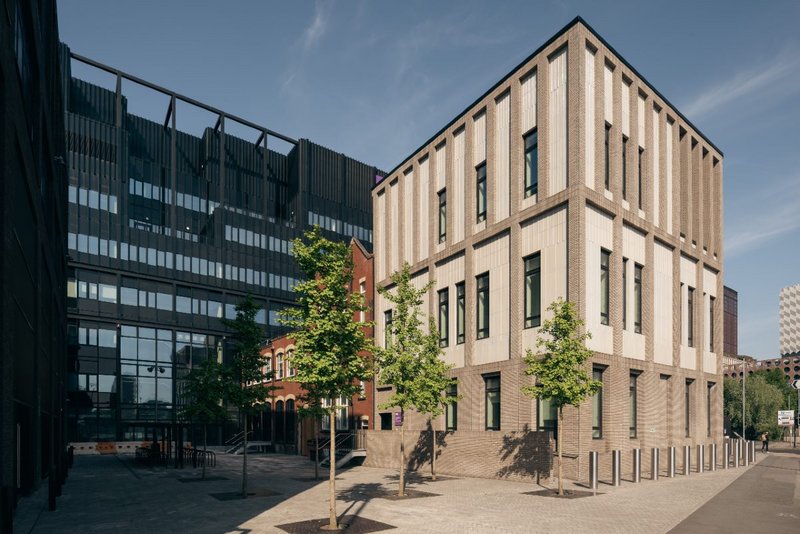 The new Manchester Engineering Campus Development (MECD) is the largest hub of its kind in the UK.

One of the largest construction projects undertaken by any higher education institution in the UK, the new campus will allow 1,300 staff and 7,000 students to work and study in spaces that enable connection, collaboration and concentration across the faculty.

Brick played a crucial role in creating the campus and, to find the right products, the architects turned to Vandersanden.

Originally built in 1857 and rebuilt in 1916, Oddfellows Hall anchors the new MECD to its past. Its renovation and extension includes a suite of conference rooms, academic workspaces and a restaurant.

Set back on the north side from the listed building, the modern extension presents a neat facade where Vandersanden’s Berit waterstruck facing brick, which is white with a light texture, is coupled with areas of glazing and tile.

'The approach has been to add a 21st-century building of its time in continuity with the existing language, using materials such as brick and glass,' says Paul Owen, architect associate at BDP.

Configured horizontally, the elements wrap around the facade of the extension to create a strong connection to the north and south facades of the older building.

On the roof, the plant enclosure uses the same Vandersanden Berit brick as the facade, but the structure is set back from the parapet line.

A hit-and-miss pattern allows for ventilation of the mechanical and electrical equipment inside - an elegant alternative to standard ventilation grilles.

On Upper Brook Street and York Street, the new buildings are of solid brick with vertical and horizontal elements that articulate the facade and frame the window openings. Again, the brick is from Vandersanden - Herning waterstruck brick with a dark brown/purple/blue multicoloured appearance.

'The advice from Vandersanden's technical team was incredibly helpful and the bricks have great visual appeal,' says Owen. 'They will age gracefully with the existing material of Oddfellows Hall so the new extension sits well in its context.' 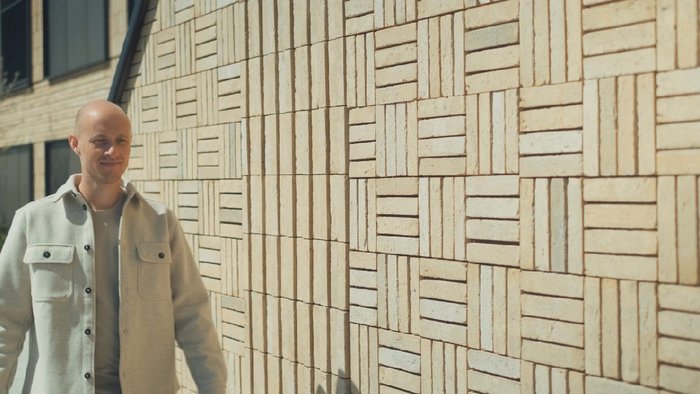