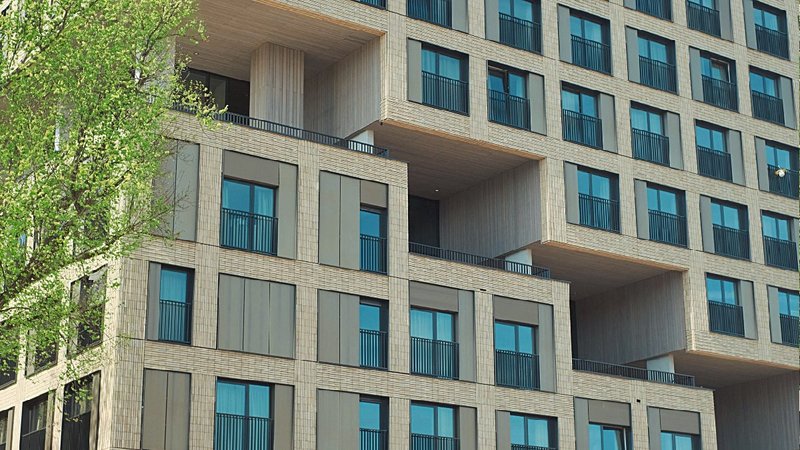 A touch of tessellation: Vandersanden Freya brick slips are used as part of the prefrabricated Signa facade system at The Cube student housing and commercial development in Utrecht, Netherlands.

A new student housing development in the centre of Utrecht in the Netherlands has been designed by Amsterdam-based architectural practice Team V.

A series of rooftop gardens, connected to one another by stairs, form two routes that start on the ground floor, recognisable as a timber-finished incision cut out of the brick facade.

Built in a year and a half by utilising clever design solutions, The Cube incorporates components that cut the depth and density of the foundations required. This helped accelerate the construction process and reduced material usage.

While searching for lightweight building solutions, and with a relatively fast building time in mind, a prefab option was decided on.

This solution was the result of a collaboration between the architect, the builder and brick manufacturer Vandersanden, whose Freya multicoloured brick slips were chosen to be used with a Signa facade system.

The Signa system comprises a prefabricated panel, which is designed on the basis of a dimensionally stable brick panel that is resistant to the weather, covered in sustainable brick slips.

The panels were fabricated under stable conditions and assembled in Utrecht. A crane and two to four construction workers were able to mount up to 12 to 14 panels a day.

Freya brick slips were chosen for their yellow/buff colour with ochre and grey tones and their grained, characterful appearance. Two types of brick bond were used for the design; a vertical stretcher bond and a unique block bond. What is seen on the facade is the rigid structure of the grid that is used horizontally and vertically.

'The depth difference and the horizontal and vertical direction of the bricks ensures that the prefabricated seams are hidden, which creates a uniform facade appearance,' explains Team V architect Ruben Smits.

The choice of brick slip was the result of research into finding a brick with the desired aesthetics that would also meet the technical requirements of the project.

'We chose Vandersanden’s Freya brick slips because of their texture and variety of tones and colours,' says Smits, 'and the Signa panels offered us lots of creative possibilities.’

The project was completed in autumn 2021.

Find more on this case study at vandersanden.com/the-cube 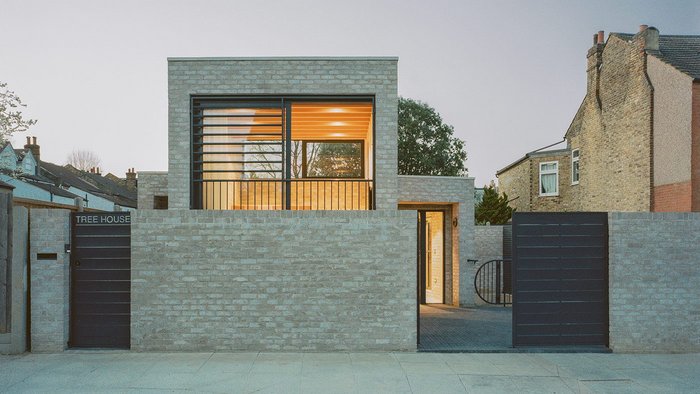 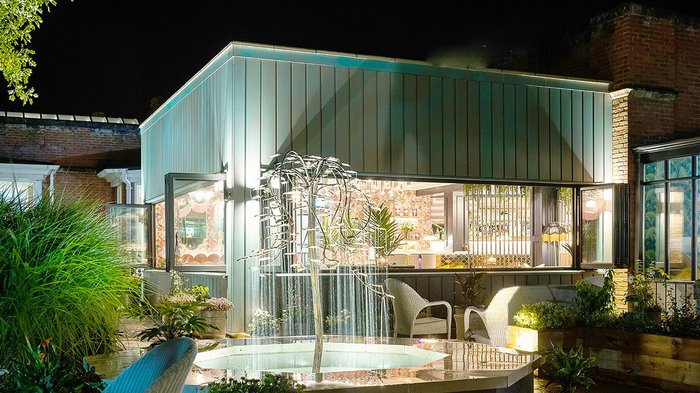 Multiple ways to wrap up your buildings