Our MacEwen Award is marked out from other architecture awards by its priorities of ethical procurement, social benefit and ingenuity. Possessing them all is the ambition 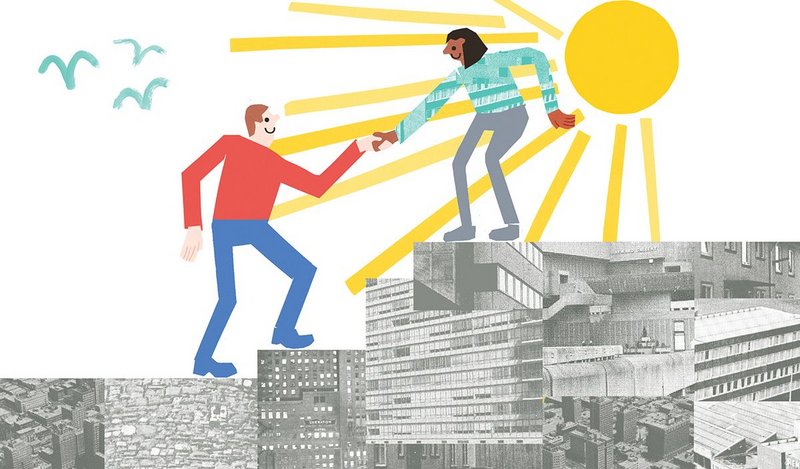 What seemed to arise this year during the course of the judges’ deliberations for the 2017 MacEwen Award was the realisation that the eventual winner could perhaps not be the recipient of any other professional accolade – and that this is how it should be. Now in its second year, the award arose out of the concern that the profession is too seduced by form-making to look under its belly to address concerns about how that architecture might be procured or in whose interests it is being generated. Conventional awards work within the status quo, ask the same formal questions and they tend to reward us with the same answers.

But when we launched this award in honour of former RIBAJ editor Malcolm Mac­Ewen – who in 1974 called for reform of the profession with his ‘Crisis in Architecture’ manifesto and who was an early champion of what we would now call sustainability – we were interested in alternative ways of constructing our world. Both Malcolm and his town planner wife Anni, one of the authors of the 1962 ‘Traffic In Towns’ report challenging the hegemony of the car, went on to be rural conservation activists. In the same vein, this award is founded on the idea that, to best serve the humanist agendas of architecture in a democratic society, it might be better to do less – or even nothing at all. Radical thinking like this is not rewarded by conventional award programmes, which are founded on generating form rather than questioning it.

For this year’s judges, ex-Cabe town planner Kathy MacEwen, daughter of Malcolm and Anni; Coin Street Community Builders executive director Iain Tuckett; Haworth Tompkins director Steve Tompkins; vPPR partner Tatiana von Preussen and RIBAJ editor Hugh Pearman, there was at least a precedent in the form of last year’s winner, the Oasis Children’s Venture. There we weren’t looking at a new building, but an old Walter Segal one in Waterloo, upcycled by two young Part II architectural students and then reassembled in Stockwell by the local community as a play centre, meeting and event venue. It hit all the buttons. The building was free, it was an almost polemical example of sustainable architecture and its social use on conversion was transformational in the long term for the local kids charity that it housed. In other words, there was a hell of a lot of bang for your buck. 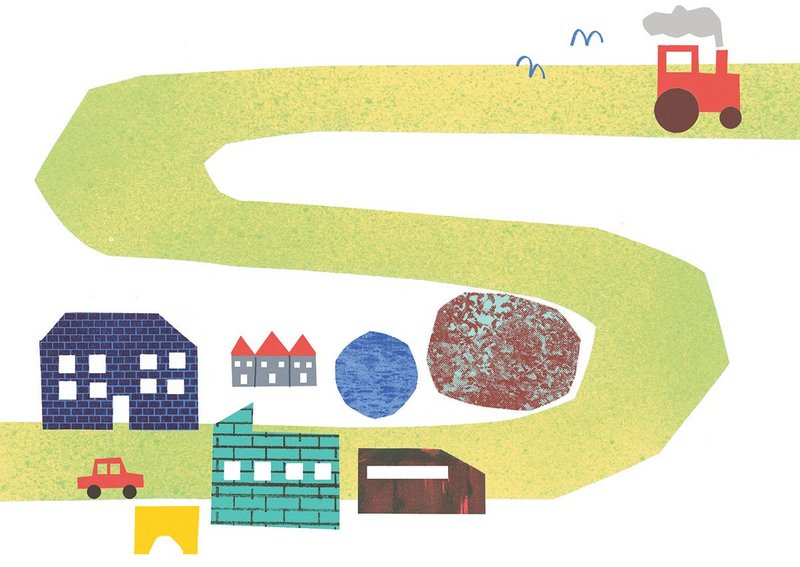 Over and above the main award criterion of demonstrable and lasting social benefit, Tompkins kept returning the judges to the concept of how much architecture you are getting for your money, placing ingenuity despite limited resources in the mix alongside procurement method as key factors in the judging process. From 50 initial entries whittled down to a longlist of 24, from which the shortlist of 12 would be chosen, the collective view was that all three concerns would get equal parity in the deliberations.

It’s interesting, as a result, to see what projects fell by the wayside to arrive at the shortlist. For instance, Wintles, a Portmeirion for today by architect David Lea and others, is a seductive and considered creation of a rural idyll on the edge of a village in Shropshire. Yet it merely shows what private money, thoughtfully targeted, can realise in terms of quality contextual design – the justification that this private development brought wider benefits to the area in terms of value uplift weren’t felt to be consistent with the aspirations of the MacEwen Award.

At the other end of the spectrum were smaller public projects carried out with limited means, but which, for whatever reason, did not embody the longevity component that the judges attributed to the award. While noble in intent, Ash Sakula’s Caravanserai seemed thwarted by its location, never developing a life of its own during or after the Olympic context in which it was conceived. Likewise, Waterloo’s pop-up theatre RISE only lasted as long as its stage production. Brixton’s Remakery, Architecture for Humanity’s novel repurposing of a car park for community use, was felt to lack the general appeal that would bring the neighbourhood on board; and in London’s Nine Elms the ‘Edible Avenue’ bus stop that doubled as an urban allotment felt like an idea which, though planted, would never truly take root. Then there were the projects of undisputed architectural merit but whose wider social benefit was questioned. Verity-Jane Keefe’s Mobile Museum strayed too far into the realms of a fetishised art project while Dow Jones’ lovely Christchurch crypt and Clevedon Pier & Heritage Trust’s new visitor centre are perhaps destined to be the recipients of other awards.

Sifting through the final shortlist of 12 to identify the winner became a far more difficult process, as all were now demonstrating palpable evidence of social purpose, novel procurement and architectural merit. Sarah Wigglesworth set the bar high with her Mellor Forest School, which offered new solutions in a conservative sector which Tompkins said ‘arose from conversations rather than dogma or some purist position.’ Less dramatically, van Preussen was keen to support Gollifer Langston’s Broadwaters Inclusive Learning Centre in London, which not only normalised SEN teaching in a conventional school but did so with ‘high civic aspiration.’ Kathy MacEwen, with her town planning background, was keen that urban regeneration projects be given due consideration, not least dRMM’s Hastings pier, drawing the positive effects of town investment like a fuse wire along the coastline towards it, calling it ‘ a remarkable example of a community organisation fighting for years to secure the pier despite a fire and other setbacks.’

Enlivening a dour London artery, while the Camden Collective’s interim repurposing of the old National Temperance Hospital offered free shared workspace and ‘maximum output for minimum outlay’, the familiar typology put it in the shadow of projects like AOC’s ‘extraordinary’ The Green community centre in Nunhead, which according to Iain Tuckett, ‘scotches the myth that if you ask people what they want you end up with a confused-looking building.’ 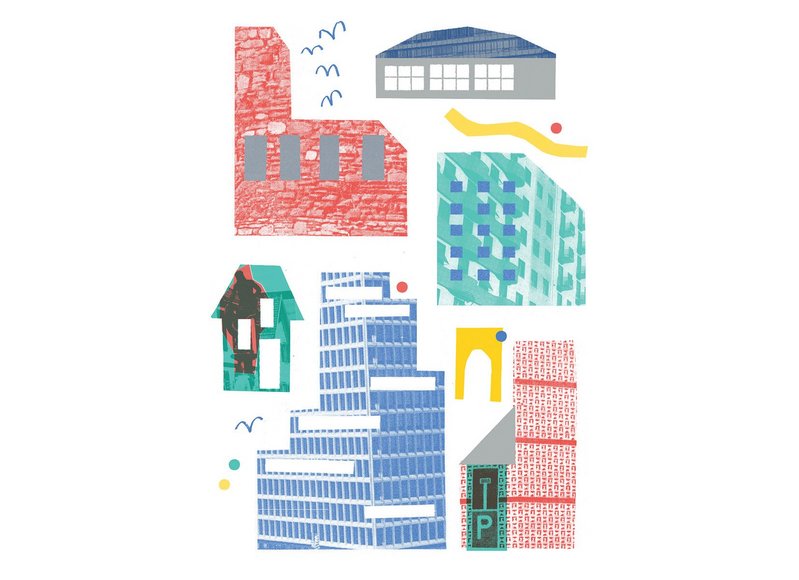 Both housing and assisted housing made it into the shortlist. Homeless charity St Mungo’s was praised by all the judges for its considered take on transition studios whose quality and detailing lent a dignity to a project that belied its position hidden away on its back garden site. Pearman, meanwhile, was struck by the Carrowbrook Meadow housing in Norfolk, built by the local council to Passivhaus standards and expertly realised in a modern vernacular ‘with a confidence rarely seen in rural areas’. With nearly half of the homes offered on a shared equity basis and the market sale homes funding a nearby construction skills centre, it epitomised the kind of joined-up thinking the MacEwen seeks to reward.

It will come as no surprise then that our final three are probably not the strongest in terms of formal design – there were certainly finer examples of architectural skill in evidence in other projects such as Invisible Studio’s gorgeous Westonbirt Arboretum projects; but remember, the MacEwen Award is, as Kathy MacEwen explained, ‘about the social transformation of space catalysed by architecture, not the architecture itself’. One of the three is more a landscape than a functioning structure; in another the building is no less impressive than the collective decision of a town to raise its own council tax to bring it about. And for the third, there was a whole protracted discussion about to what extent there was any architecture to speak of there at all. But the judges were ultimately happy with their decisions. ‘The winners all share an attractive sense of direct action politics,’ Tompkins summed it up at the end. ‘They feel like they are talking of the specific values of this award rather than normal architectural ones.’ In fact, most would probably be discounted outright using conventional criteria, but then that’s the MacEwen Award. It’s about nothing less than recognising that incremental shift in thinking about why and how we build; and that’s why they’re our winners. 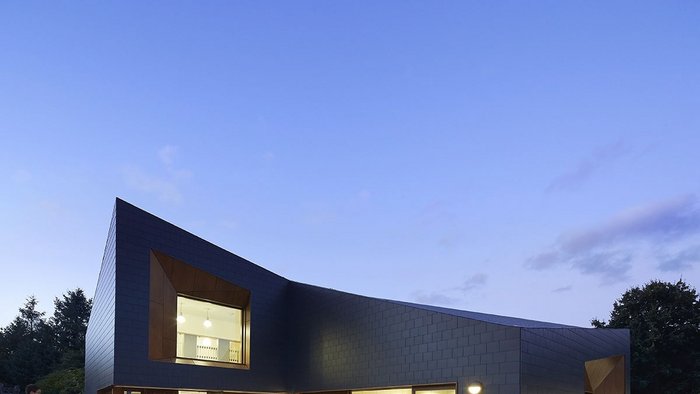