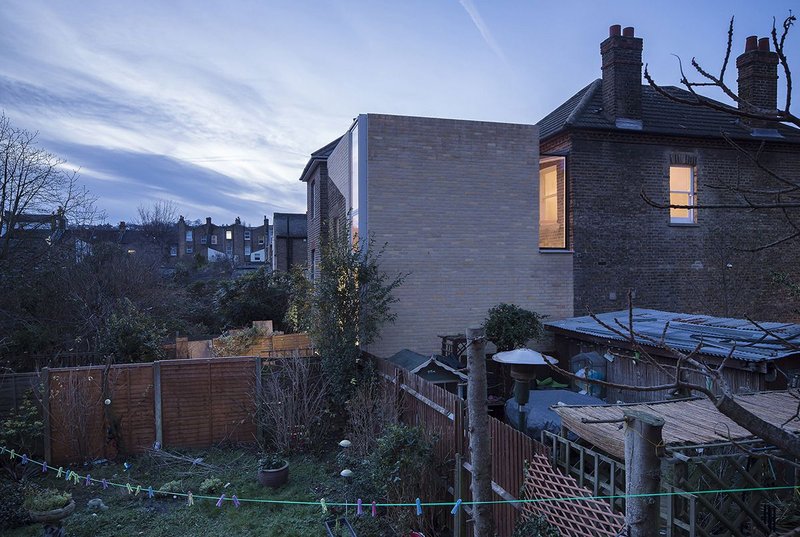 House of Trace represents the merging of two cultures (British and Japanese). The architect wanted to retain the idea of the old house but give the new intervention its own identity. The original monopitch extension had no real architectural value but the architecs chose to incorporate this banality into the garden façade – preserving its memory.

Play between old and new creates intriguing and playful spatial relationships. The central void, marking the split between the two, forms a focal point where living and communal spaces have a direct connection to the sleeping and private spaces upstairs. Spaces are beautifully detailed and thought out, creating a unique sense of light and volume in what might otherwise be a fairly conventional room.

This is a very clever project, which brings a fresh approach to the terraced house extension typology. With age, patina and even structural faults lovingly celebrated and combined with bold abstraction, it makes for a delightful take on conservation too.

Back to RIBA Regional London Awards