The Community Company is London’s largest inclusive theatre company, bringing together people from every background. Its performance are equally expansive and 2016’s show Rise was written in response to Londoners’ hopes and fears about the environment. The performance itself involved 200 actors, many of whom would be constantly moving through, either on foot or by bicycle.

From project inception in late 2015, architect Collective Works worked closely with the company to understand the unusual nature of the 10-day show and ensure the huge cast could be accommodated, and the show delivered, as efficiently as possible.

The 17m cube structure rises above the stage to allow a second level for the cast and choir to perform. Access was key, so six entrances at ground and first floor levels allow the flow of public, cast, performers and crew. Because it was temporary, and in response to the show’s theme, the theatre was made entirely from reusable, reclaimed and rented materials.

The main structure of scaffolding was professionally assembled and clad with a tensioned tarpaulin of the sort normally used for soft-sided commercial vehicles. Rather than traditional foundations, the structure relied on water ballast provided by intermediate bulk containers (IBCs), usually used for transporting liquids. Collective Works proposed and sponsored the installation of super graphics on the facade, taking the show’s title and applying it in 2m high letters across each public face.

Many members of the Community Company worked alongside the construction team as well as performing in the show. 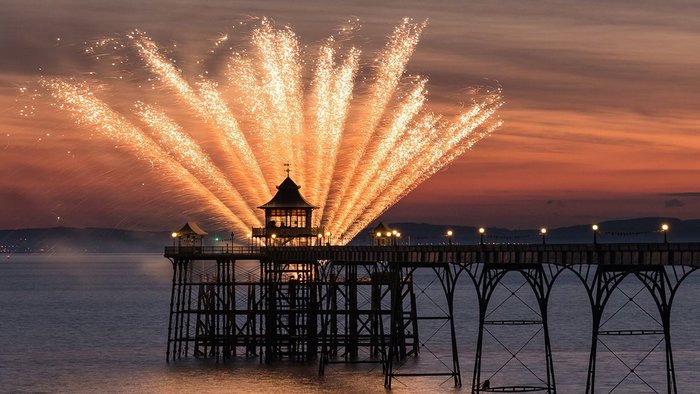 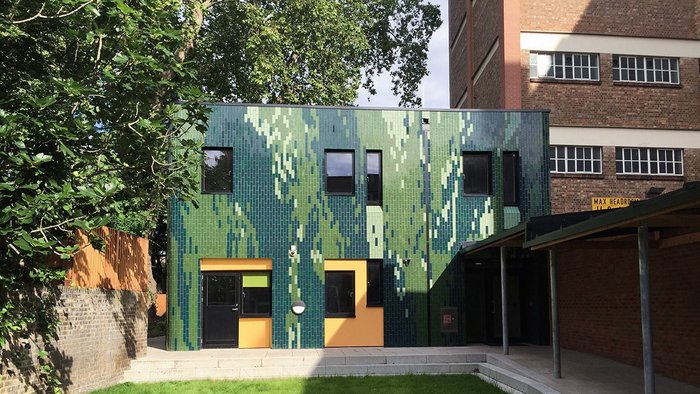 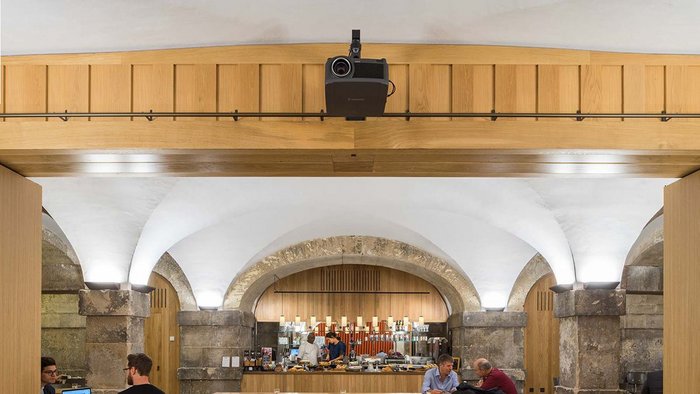