RIBAJ asked the three finalists in this year’s MacEwen Award to pick a ‘My MacEwen’ – examples of architecture for the common good they find inspiring. Louis Pohl, of the highly commended Foodhall Project Sheffield, looks at how a now-demolished housing project in east London lives on 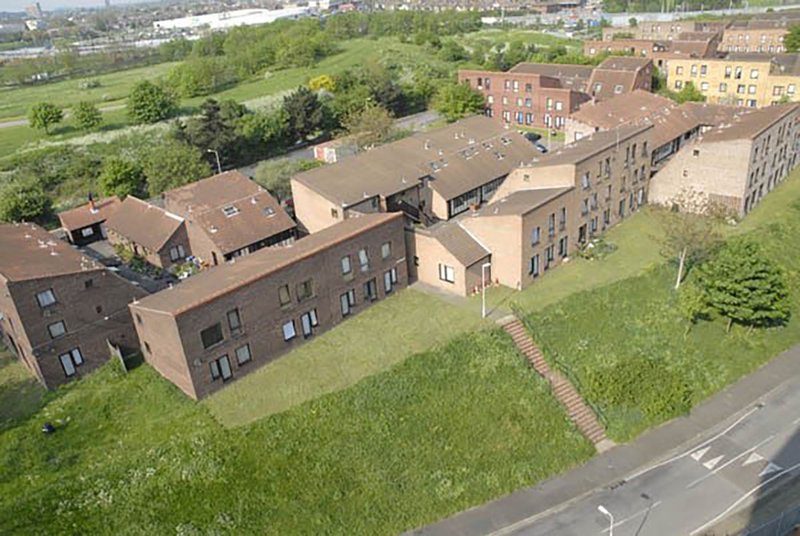 Clays Lane Housing Co-operative before it was demolished to make way for the London Olympic Park.

Every now and then I get a text from my Auntie Charanjit, asking how I am doing, checking if I am ok and asking what is new.

My mother passed away when I was 16; she had little family on her side. Charanjit, an Asian lady living in High Barnet in north London, is the only family connection I have – one of the few people in the world I could say truly cares.

But Charanjit is not an auntie by blood. She is a former resident of Clays Lane Housing Co-operative in Stratford. At the time it was the UK’s largest purpose-built housing co-operative. It made a family for those without one, including my mother.

She still meets me for walks 10 years after the complex was demolished. We continue to treat each other as blood relations 10 years after my mother, her best friend, died.

Clays Lane was modest in its physical architecture. But what is successful is that it considered its management and financial architecture important. It wasn’t beyond the design – instead, it was a core component of the design.

Members would collectively decide how to run and manage the building, what to do with any rent surpluses and which events should happen. This enabled a sense of shared purpose; that shared purpose sculpted friendship.

It also gave people a spatial agency - they could create things at the architectural scale, something which is not possible in most social housing.  Empowered, it made togetherness.

In the run-up to 2012, the estate was demolished to make room for the Olympic Village. In its place came iconic works of architectural superstars and some alienating housing blocks. But what remains of Clays Lane is an architecture of people. I have auntie Chaz, whereas I might have had nobody.

The 2018 MacEwen Award is now open for entries.