Described as ‘more of an event/installation than a building’, The Shed, built of steel, plywood and red-stained rough-sawn timber, may be fine as a temporary replacement for the National’s Cottesloe Theatre while that space is being altered by the same architects, but it’s all about the exuberant appearance. ‘It is so mute yet contains so many references: a bouncy castle, Battersea Power Station, the NT’s own fly towers and lift structures, a wild West fort, one could go on,’ says the jury. By being so vividly red, this timber box-with-chimneys effortlessly manages to make itself the centre of the whole of the monochrome riverside. The judges noted that the architect does a good job of rationalising why it turned out the way it has. Perhaps – but it’s also obviously huge fun. That’s what’s so great about temporary buildings, they let you play a little. Haworth Tompkins has several serious permanent buildings among the awards – but even in those there’s always an endearing touch of mischief. 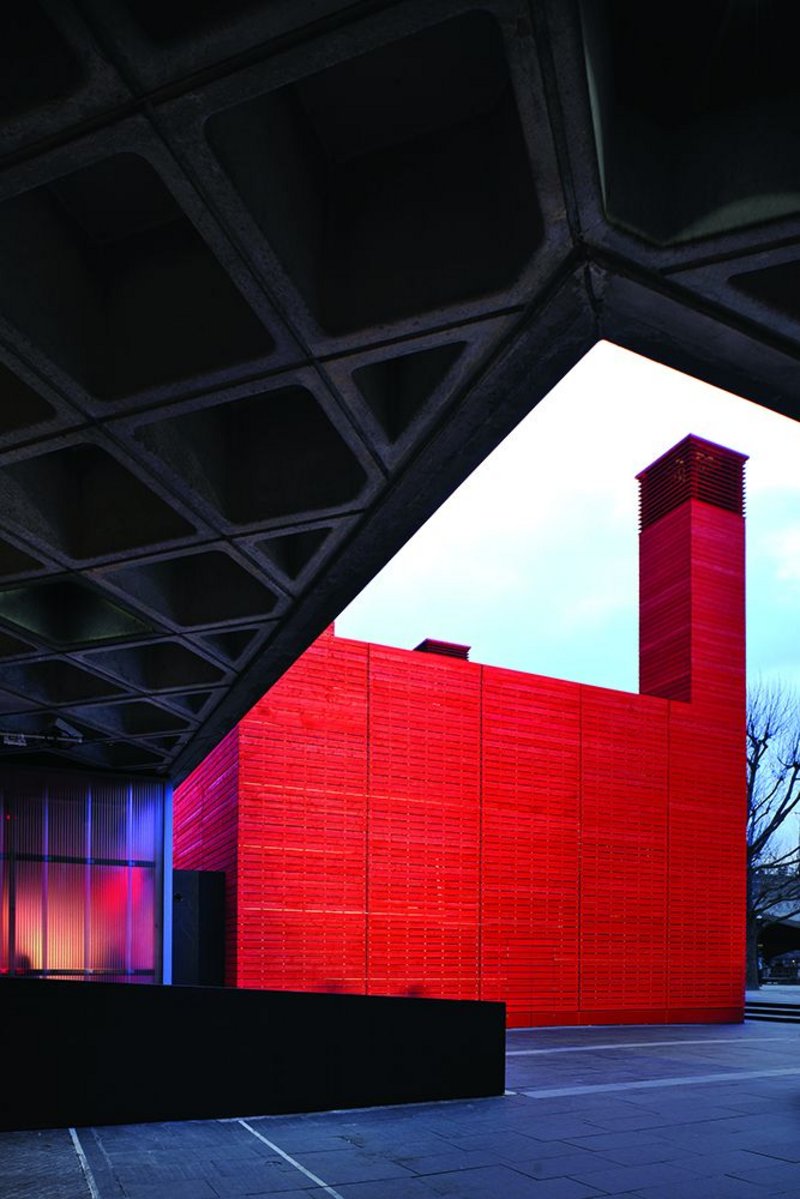