Emergency food banks have been a feature of the pandemic, but places that already existed to help food-insecure communities are best placed to target need. It’s a health issue that is always with us

Covid-19 has allowed us to interrogate society. During the crisis, communities that had been established around social architecture projects managed to mobilise their vast, rooted communities built over many years, to feed hundreds of thousands of people.

Architecture fetishises the material economy, but the world has moved beyond a material economy, and the value of conventional architecture is increasingly being questioned, while social architecture has proved its worth in 2020. By building around behaviours could we create a more responsive, positive city? A city which participates in a live dialogue with its inhabitants and responds to their true needs – with or without built intervention.

I dedicated the last five years to building the Foodhall Project, a radical social architecture project in Sheffield aimed at reducing social isolation, exclusion and inequality by creating alternative economies of mutual aid, as recognised by the MacEwen Award in 2017. The flexible spaces we designed allow the continued re-creation of groups, and form a focus for collective work. It builds social capital between previously disconnected communities, and overcomes Sheffield’s famous wealth divide in a single space; through communal activities and unique labour exchanges it became a prototype for a different kind of public space.

Two and a half years ago, following our findings in the Foodhall Project and with an interest in evolving local networks and social projects, I founded the campaign for the National Food Service (NFS) to become a new national public service – and finally eliminate food insecurity. The name’s echo of the National Health Service is deliberate. Statistics about loneliness and isolation have enormous public health implications and cost but, to solve these, we need social sciences as much as medical sciences and we need to design something as robust as the NHS.

We grew a network of projects to form the basis of a National Food Service. During Covid-19 this community was quickly and prematurely put to the test with over 15 community projects set up independently across the country providing food and essential lifelines while sharing information. The network linked with similar communities across the UK which planned to create a system of ground-up mutual aid groups. But within the first few days it became evident that many new groups were not being facilitated effectively to fulfil all needs.

Maps developed by Voluntary Acton Sheffield (VAS) show where the groups were created, and revealed a frustrating geography of postcode patriotism, as the mutual aid groups frequently emerged in the west of the city, reflecting historic class and wealth concentration zones and not places of lower need. This pattern was repeated in many other UK cities. Mutual aid groups don't occur in a vacuum, rather they spring up from some existing economy of exchange, what was notable was that the groups which were most effective evolved around an already active community hub regardless of their location. These crisis support networks thrived when supported by social architecture.

The government was unable to support those in need and that there was no effective local authority strategy. We worked with Annalisa S Toccara from VAS to devise a plan for mutualist groups to connect with voluntary sector spaces and the public sector. We then developed this further with Marsha Smith from Feeding Nottingham who shared it with several local authorities. This led to an early day motion tabled by Olivia Blake in parliament for a National Food Service, a motion co-authored by local contacts in the NFS network. The strategy ensured that dormant mutual aid groups were transformed into sources of willing volunteers, and our spaces formed hubs to enable networks to organise a more efficient system for emergency food redistribution. This lowered risk for local councils who needed to move fast to overcome bureaucracy. Our volunteers created an open source telephone routing system which allowed the council to triage the calls and connect those in need with the relevant voluntary sector. This shows that an advanced community sector can be more responsive than the private sector in a time of crisis, proving that a ‘public-commons’ partnership can be an antidote to toxic public-private partnerships.

In the first few months the Foodhall Project distributed enough food to feed a single person for for their entire life (over 90 years) while the NFS network distributed hundreds of thousands of emergency parcels. This extensive, nationwide operation not only helped thousands of people through the most difficult period of their lives but allowed us to map new data to show the hidden geometry of food insecurity in several cities. A lead volunteer, Jake Sutcliffe, used our data from food deliveries in Sheffield to produce a new map of food of insecurity which shows us key areas of food insecurity much more accurately than deprivation statistics; this can be compared with other open government data. For architects, the map reveals that food insecurity is more prevalent in particular residential areas and isn’t always aligned precisely with indices of multiple deprivation. Some areas break the trend – in one particular area outside of Sheffield’s ring road there is the highest concentration of people experiencing food insecurity directly overlapping the highest concentration of groups offering aid. This shows that there are communities living in close proximity with low and high social capital, who need each other, and want to help one another, but they do not have any way to connect in a time of crisis. Hotspots like this are where social architecture interventions can be very valuable.

Of the 19 areas in Sheffield with high levels of food insecurity, 14 have no community hubs and no local food businesses owned and run by local people. A lack of investment in civic facilities makes it difficult for groups to self-mobilise in crisis. Similarly, places in need of food support correspond to areas without mutual aid groups, telling us that these areas are isolated from the city’s wider network of social relations and trade networks. The Nobel prize winning social scientist Herbert Simon estimates that around 90% of what people earn is based upon their social capital, in other words, the places, networks, and opportunities that make up their present circumstances. Being disconnected from the city’s network indicates a high likelihood that individuals lack economic opportunities afforded to those involved in more affluent geographic areas, and they are most likely to experience lower levels of income as a result of living in an area without social architecture.

We have glaring evidence of the true value of social architecture projects. Examples of responsive projects based in community hubs stretch the entire country: Make Your Own Shift transformed NFS London, Assemble’s Baltic Street Adventure Playground in Glasgow morphed into an emergency distribution centre, and several radical community spaces were connected together by Louise Delmege and her team who rapidly mobilised NFS Bristol as the city’s second largest emergency food provider. London’s Brixton Pound also became an emergency distribution point.

Since World War Two UK cities have rarely had to deal with crisis but what if experts are correct and there are more crises on the horizon, for which we’re unprepared? Social unrest, social isolation, and economic segregation are all underpinned by our 21st century food crisis. This manifests as a mainstream public health issue. Robin Dunbar, evolutionary psychologist at the University of Oxford, has clearly stated that ‘regularly eating meals alone is the biggest single factor for unhappiness besides existing mental illness’. Isolated living has been exacerbated by the bad decisions of house builders and planners for several decades. This builds only broken communities who are unable to help themselves in moments of crisis.

By developing social architecture, community hubs, social centres and social eating facilities before the pandemic we have revealed how these typologies have enabled resilient communities to responded to challenges in a time of crisis. We evidenced an ability for communities built around these facilities to swing together. Based on these findings architects should push for these spaces to be included in our cities to prevent future vulnerabilities in the communities. Architects also have a good macro economic argument for legislative change in this area: the net cost of social isolation, and social segregation to public health during crisis alone, is far higher than the cost of community and social space being included.

As Dunbar has said: ‘Eating together is probably the most important way we build friendships. So a National Food Service would do more for our collective happiness and wellbeing, not to mention our health, than anything else we might think of doing.’ So please consider including a social eating facility which builds communities in your next architecture project.

Do you have a project that aids the common good? Enter the 2021 MacEwen Award 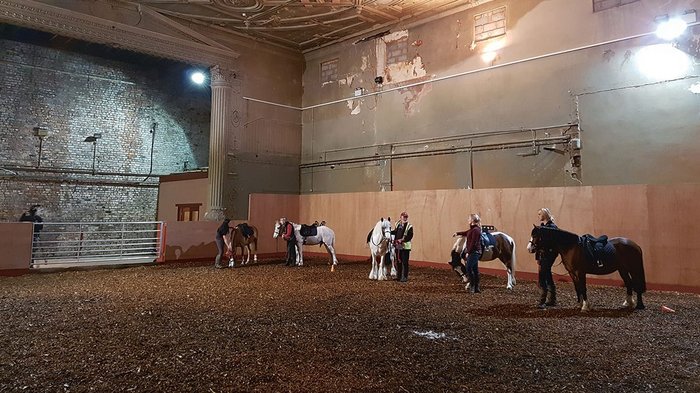 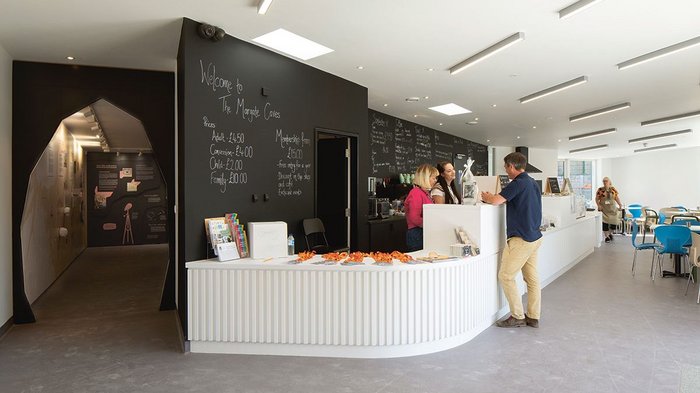 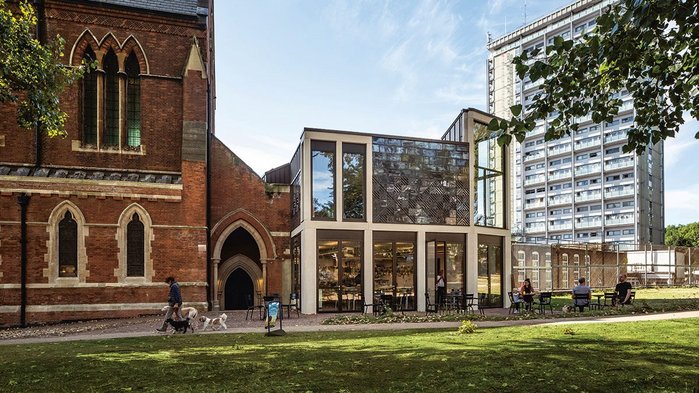