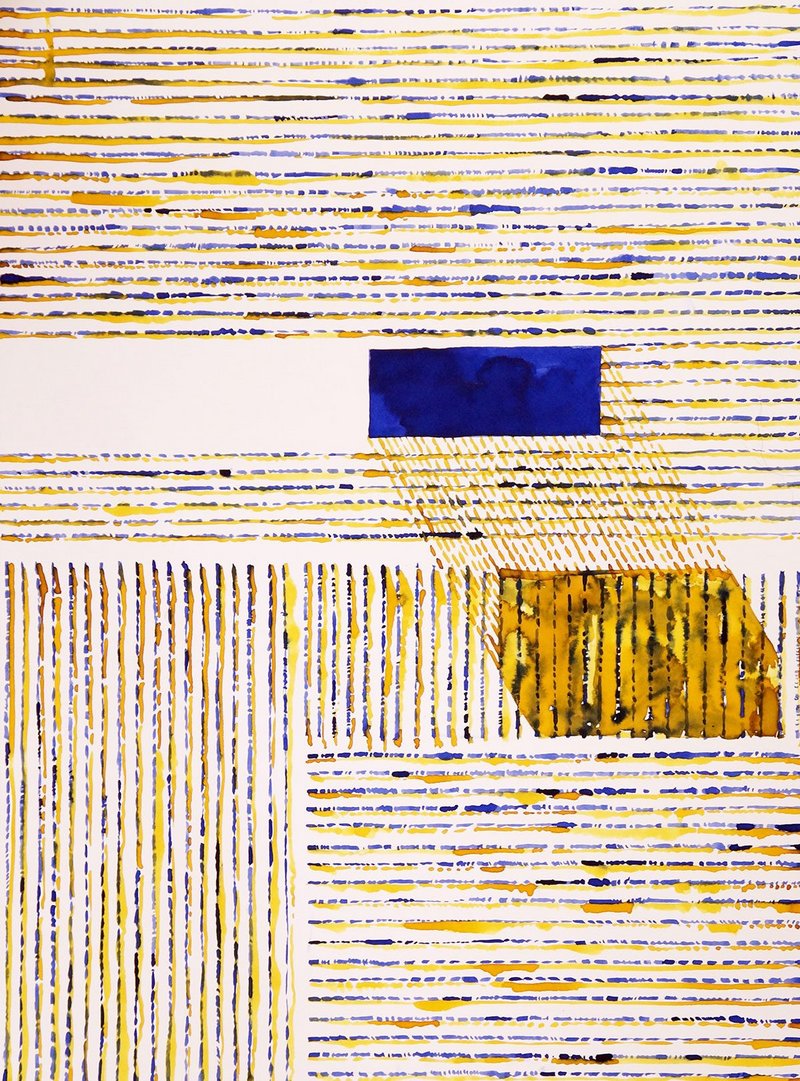 Above the Lines (three drawings, each ink on white card 370mm x 500mm)

‘Above the Lines’ is a series of three images, a response to an architectural competition, where a contemporary building is inserted in a traditional Portuguese winery landscape. Cornelia Tuglui, originally from Bucharest, Romania, and now with HAP Architects in High Wycombe, describes her trio of drawings in the form of a story of going to meet her friend in the landscape of vineyards outside Lisbon in early summer and stumbling across a tower which doubles as a viewing platform for the landscape and as a wine tasting room.

The judges were much keener on the first two images – shown here – than the third, an interior. The evocation of the lines of vines and the insertion of the building is deftly done, with the appropriate sun-baked quality.

‘Might just be the weather,’ said Crooks, ‘but I am drawn to their warmth – real atmosphere and a strong compositional richness.’ Morag Myerscough was equally keen on the first two images of the set. And so by general agreement this insertion into the vineyards of Portugal – so tantalisingly out of reach at the time of judging – became our second practitioner commendation. So different from the Versailles/Bordeaux entry of Francis Terry, yet they share something in their handling of colour, wouldn’t you say? 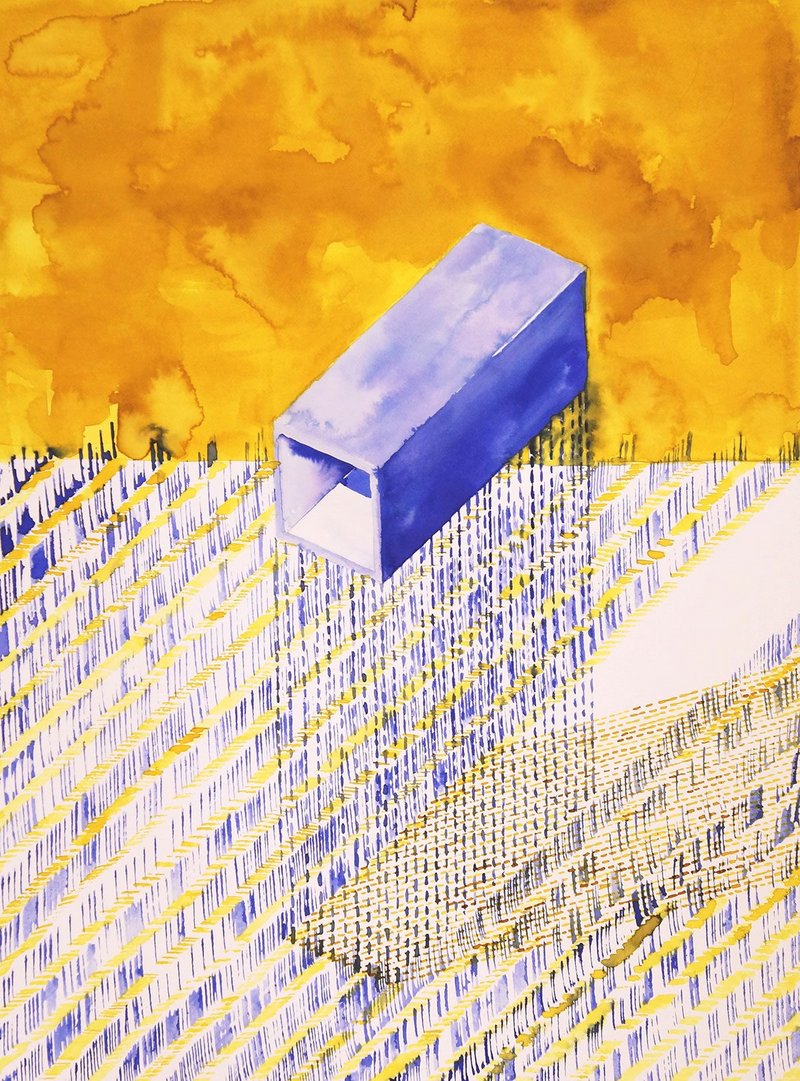 Above the Lines (three drawings, each ink on white card 370mm x 500mm)

Eye Line is produced in association with Delta Light