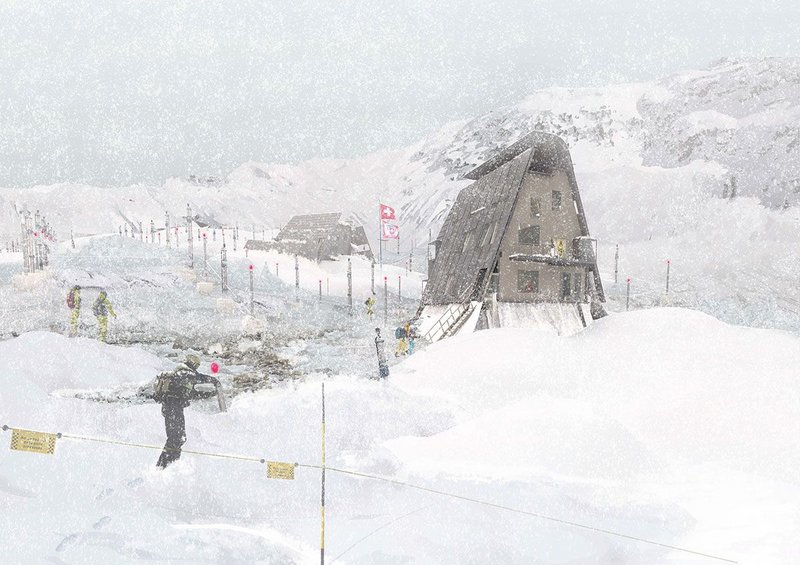 Most climate change projects by architecture students either portray a dystopian future or attempt to avert it; few, if any, result in strange propositions that sow the seeds of their own destruction, as this commended one serves to. ‘Sited on the Rhône glacier in Switzerland, the project embodies the Ice Stupa typology by using melting ice to restore fragments of the lost glacier. With the advance of the new glacial landscape, the buildings succeed in incremental self-destruction,’ states Kielb.

Her three drawings evoke this attempt at regenerating the glacier and convey the all-too-disturbingly rare hostility of the Alpine context while keeping the function of the stupa as unclear as the blizzard in which it is portrayed. Desmet felt the idea of arresting the melting ‘nicely topical’, with the marooned buildings ‘beautifully composed’. While used to seeing similar drawings, Spiller particularly admired the feelings that they evinced, the series ‘conveying the coldness, the mist and the altitude’. 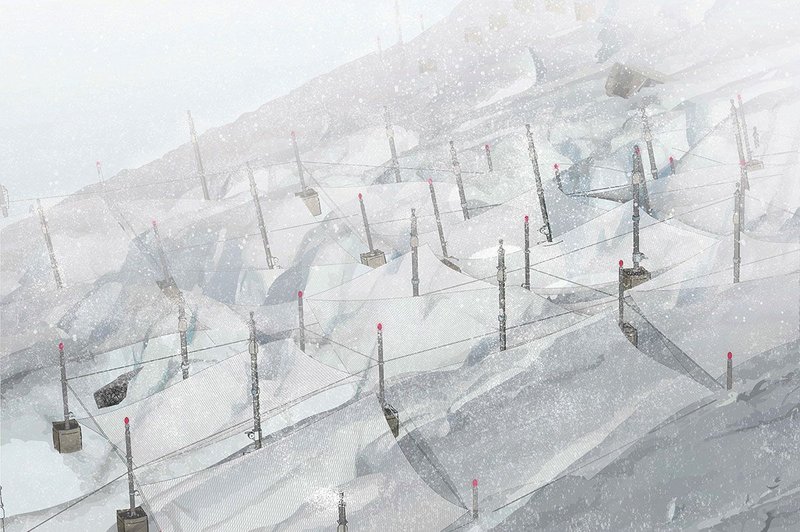 But despite the lack of explanation, there was the sense of something just out of reach, beguiling in its undefined nature, with Quek feeling that ‘as a series [the drawings’] skill is in communicating a feeling without being specific.’

‘This shows that a totally digital drawing can have all the evocative power of the hand on paper,’ concluded Pearman. ‘The sense of poetic impermanence comes through strongly.’