Lower rise housing schemes are on the agenda, alongside a more cautious approach to safety features in designs

Across London, there are more than 500 tall buildings in the development pipeline, containing more than 100,000 homes. From Barking & Dagenham in the east to Wandsworth in the west, high-rise has taken hold, according to New London Architecture and GL Hearn’s Annual London Tall Buildings Survey, released in April.

Those high rise, high density schemes, like their counterparts in Manchester, Cardiff, and elsewhere, are helping to meet pressing demand for urban living. On the face of it, such developments are a world away from Grenfell Tower and its residents; they’ve got plush penthouses, winter gardens and communal roof terraces, and occupants on all tenures.

But Grenfell poses serious questions about our approaches to urban mid and high-rise residential development. And irrespective of the Hackitt review’s recommendations, some developers and investors have chosen their own course of action when it comes to fire safety. For such players, their focus on buildings and the people who occupy them might even see them bring the ­urban home back down to earth one day. 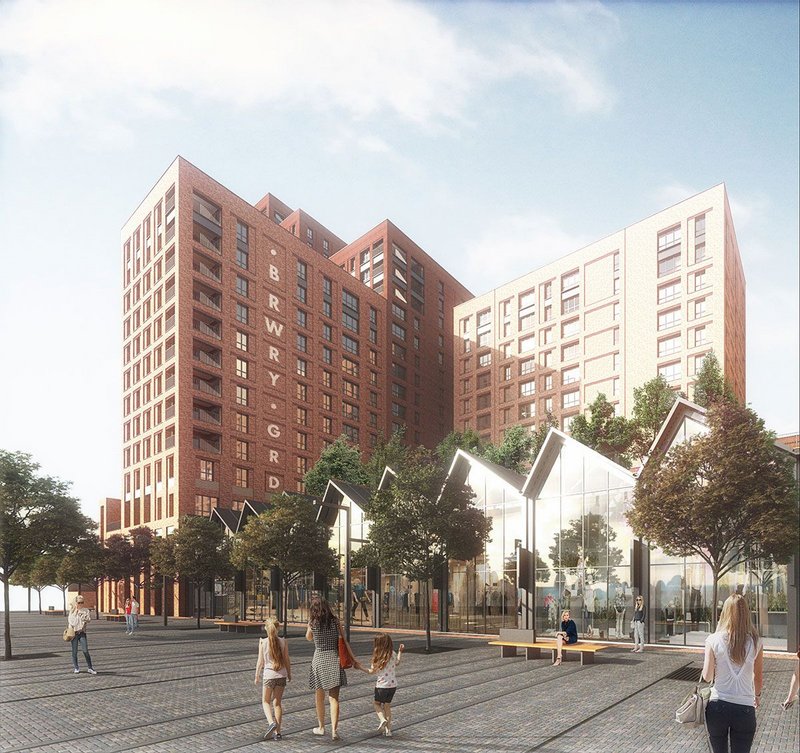 Assael's scheme to redevelop part of the former Boddingtons Brewery in Manchester has been in design pre-planning for eight months.

Increased scrutiny was an inevitable consequence of Grenfell. ‘We’re seeing specification reviews, while some are going straight to including sprinklers,’ says Patrick Devlin, partner with Pollard Thomas Edwards. Certain client groups are taking a lead, he continues. ‘Many of our most diligent clients are the people who are going to operate the building – the private rented sector and developers of third age housing.’

London housing association the Peabody Group reviewed processes and practices last summer. ‘We did everything that was in the Hackitt review recommendations nine months ago,’ says Dick Mortimer, executive director of development at Peabody. Its ­actions included resolving to install sprinklers on blocks of more than three storeys, and ruling out combustible cladding.

The group has seen its new developments grow in height, says Mortimer. ‘We don’t build 42 storeys, but over the past five or six years we have come to see six, eight or 10 storeys, and higher, as normal.’ Now it is ­reviewing developments – existing, under construction and earlier in the pipeline. The cost of installing sprinklers in buildings under construction is between £1,200 and £3,500 to £4,000 per dwelling. ‘Adding it during the contract is a lot more expensive, partly because we are having to alter the design,’ says Mortimer. ‘Within the next six months, we’ll start gaining an understanding of the cost for new schemes.’

Relatively few of Peabody’s prospective buyers are asking about or demanding such features, although, adds Mortimer, ‘we are getting questions for mortgage purposes on resales of shared ownership homes.’ The housing association’s driver is to do right by its residents, but for the build to rent sector, that also aligns with good business. ‘The build to rent sector looks for a more robust materials specification to stand the test of time. We’re specifying to maximise net operating income,’ explains Alex Johnson, associate director with Assael. Johnson is working on three build to rent projects in London and Bristol, including Legal & General’s Ferry Lane in Walthamstow, which rises to 16 storeys. He continues: ‘Build to rent best practice promotes open plan layouts, underpinned by a mist or sprinkler system. Ours tend to have open plan layouts so would have sprinklers anyway.’ The guidance for that comes from BS9991: 2015 Fire safety in the design, management and use of residential buildings.

We’ve changed our cost assumptions to take on board additional checking. Realistically that costs us parking spaces

Developer Prosperity Capital Partners has been installing sprinklers routinely, says its development director Ed Fowkes. ‘It stops you having to put fire doors everywhere and so improves the experience of the building. It’s part of our product.’ That product is build to rent homes in city locations and student accommodation, with schemes typically ranging in height from seven to 25 storeys.

In Grenfell’s immediate aftermath the industry was in a state of near-panic, says Fowkes. ‘We didn’t know the answers. I went on one developer’s site and saw all the insulation designated to go onto the building being cancelled, not because it didn’t comply with Building Regulations, but out of fear.’ A year on, the panic may have subsided, but there is still a lack of clarity. ‘We’ve had a project on site where a question of compliance has come up, even though we have already built a similar building. Now we re-check everything. We can’t take people’s word for things.’

Its proposal to redevelop part of Manchester’s former Boddingtons Brewery site with more than 500 homes in towers – named Old Brewery Gardens and designed by Assael – has been in design pre-planning for eight months. ‘That was partly because every time we make a change, everyone in the team has to reassess the risk,’ explains Fowkes.

All this has implications for development viability, he adds. ‘In planning our schemes we’ve changed our cost assumptions to take on board additional checking. Because build costs are so high, we have to compromise elsewhere. We don’t want to compromise on the experience of the building so we look to reduce costs in an area people will miss the least. Realistically it costs us parking spaces.’

With large institutional funds like Aviva buying Prosperity Capital Partners’ schemes, ongoing safety, security and durability of the assets are paramount. ‘Housebuilders will build for a sale and run away – they’re incentivised to go to the bottom line. We’re in a very different position’, says Fowkes. For this reason, the company is also funding research into the integration of whole life costing into BIM, a project  being undertaken by the University of Cambridge.

Investors could be more influential in the future, says Yolande Barnes, director of world research at property consultant Savills. ‘Grenfell is a symptom of what happens when towers age,’ she says. ‘The issue that may well come to the fore is how costly it is to manage and maintain massive tall buildings, because of instances of mismanagement and because the net income streams derived from property are becoming increasingly important.’ Big institutional investors like pension funds are looking to the steady income stream that comes from dependable assets, specifically housing that is cost effective to maintain, attractive to tenants and durable. ‘That’s an important trend for architects,’ stresses Barnes. 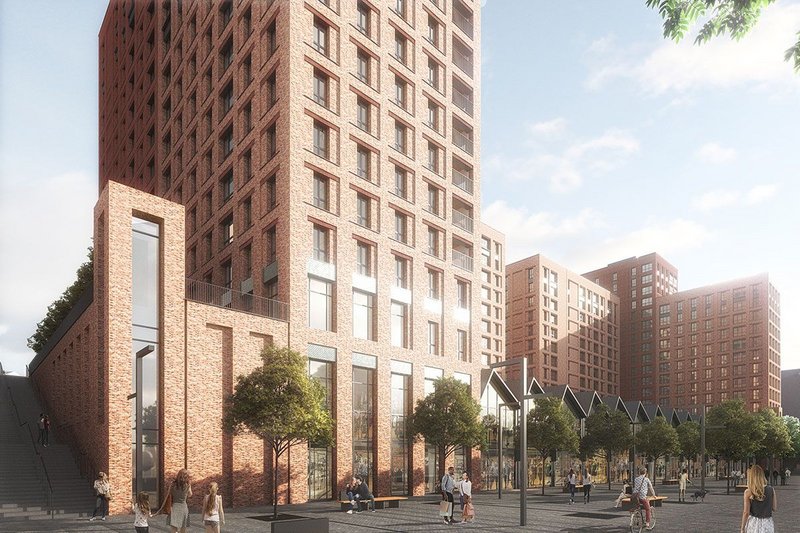 Assael's scheme to redevelop part of the former Boddingtons Brewery in Manchester has been in design pre-planning for eight months.

That could lead to increased use of whole life costing, but might it also herald a return to lower rise development? Architects see no signs of Grenfell driving such a change, but developers have for some time been toying with low rise, high density models – using offsite manufacture – to bring diversity to the urban offer. That has resulted in a string of branded houses, such as House by Urban Splash, Berkeley Homes’ Urban House and Capital & Centric’s shedkm-designed back-to-back concept, Nowhaus.

These developers might just be onto something. Barnes points to the US, where institutional investment in single-family homes has now overtaken that in multi-family apartment blocks. ‘That’s partly because the market allowed for easy purchase of houses after the 2008 crash, but it is also an indication of changing demand,’ she adds. There could be a parallel here with the rise of eco-credentials in commercial buildings, Barnes contends, where market resistance has diminished in the face of mounting fears and evidence that space with low energy ­efficiency levels and green ratings is less lettable and commands lower rents. ‘If investors find that the net income stream of lower rise housing is superior, a shift could happen quite quickly,’ she warns.

Analysis of a tragedy

The turbulent history of Grenfell Tower

The atrocity of Grenfell Tower