Perhaps better architecture needs a better way of working. The Lattice, which scored the process of architecture like music, shortlisted in the RIBA President’s Awards for Research, saw autonomy and connectedness fuse and progress 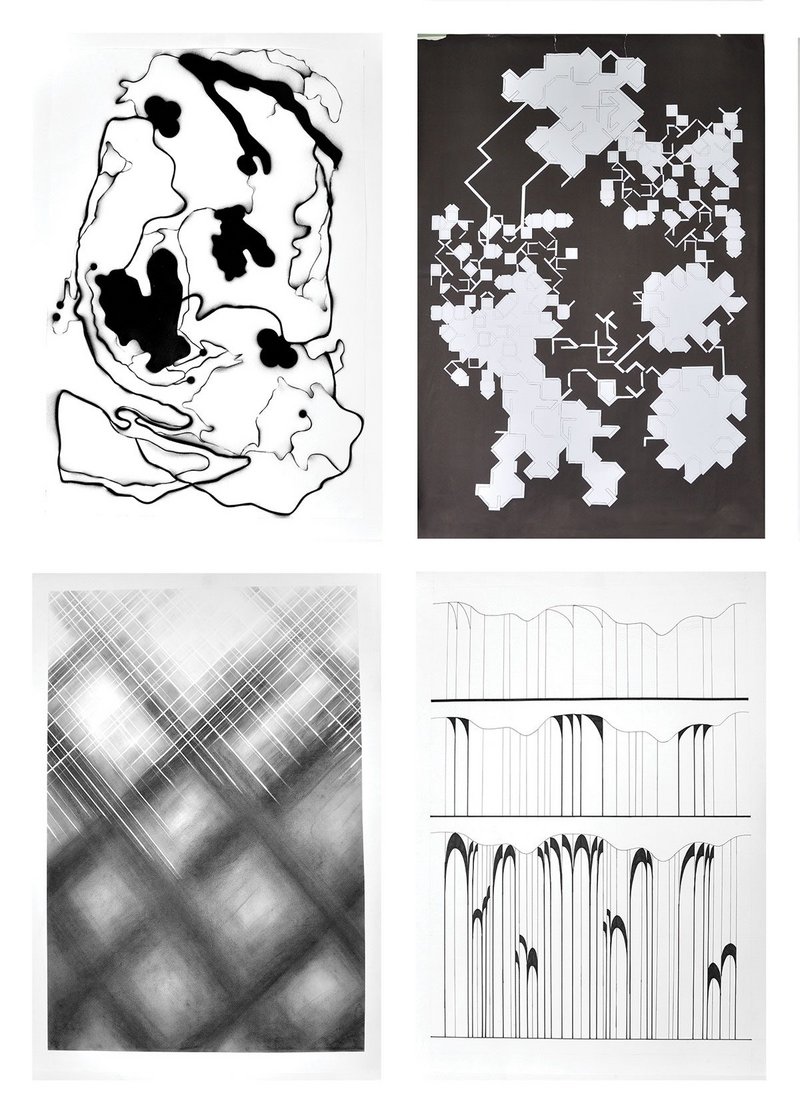 At Black Mountain College (1933-57) in North Carolina, art and architecture lessons doubled as life lessons. The college’s progressive pedagogic methods were based on the philosophy of the pragmatist and educational reformer John Dewey, who allied art with democracy and learning with experience. Josef Albers, one of the college’s most influential artists and teachers, made the study of in-between relationships, or ‘unfilled’ spaces, as he called them, a central material and social element of his teaching. He taught his students to observe ‘negative’ spaces between objects — whether that be milk bottles, leaves of plants or relationships between people — and saw in this study both a formal and social value. ‘Respect the other material, or colour — or your neighbour. Respect the one you weren’t paying attention to’, Albers told his students.

Most architecture schools tend to cultivate individual uniqueness, neglecting the need to build skills for collaboration. But, as psychologist Bessel Van der Kolk argues, while our culture ‘teaches us to focus on personal uniqueness … at a deeper level we barely exist as individual organisms’. Our minds and bodies are fundamentally geared towards social collaboration. What does this mean for the ways in which we teach and practise architecture? Open scoring is an experimental architectural method that aims to answer this question by exploring the potential of architecture as a social activity, breaking the boundaries between the emphasis on either design autonomy or collaboration. 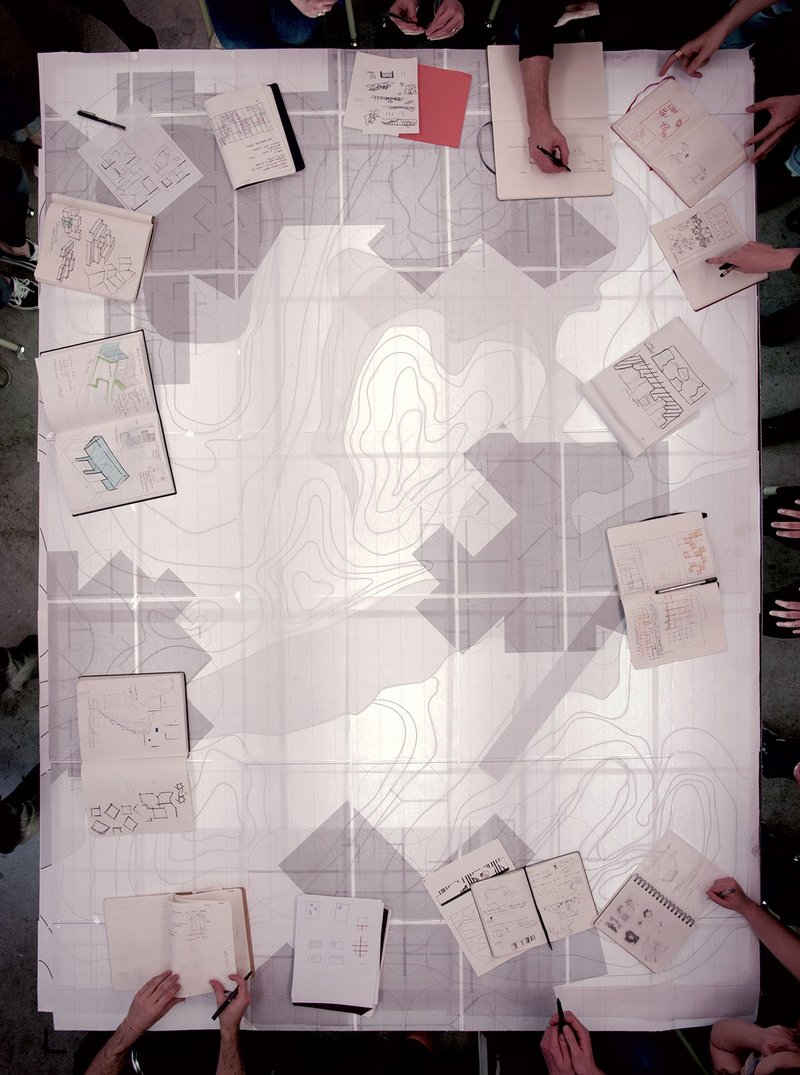 Day 3: Aerial view of one of our gatherings around the table surface with work-in-progress by two of the four ensembles, showing ‘Land’ and ‘Rooms’ overlayed into one topography. Credit: Yeoryia Manolopoulou and UQAM

Scores are generative devices used for guiding events, influencing aspects of what will occur over time. While sole authors across the arts have used scores as a method of challenging and expanding working habits, the full potential of scores can be better found in multi-authored live performances as, for example, in the work of composer John Cage and choreographer Merce Cunningham. Cunningham created a philosophy of collaboration that encouraged every dancer to work freely on their own but simultaneously with others, considering carefully the role of time and devising choreographic structures that were divided into strict time units. His performers maintained their autonomy but, because they were working ‘in common time’, their actions formed a continuum.

What cognitive and imaginative environments can we create, if we use similar scoring processes in architectural design? And what kind of architecture does open scoring produce, especially when it helps us expand the limits of single and static authorship? Architecture is often multi-authored but the process of design itself is rarely considered as a real time, social and performative event. I am interested in challenging this norm by testing in practice how an open score can generate structured but non-hierarchical collaborative forms of architectural pedagogy and practice. 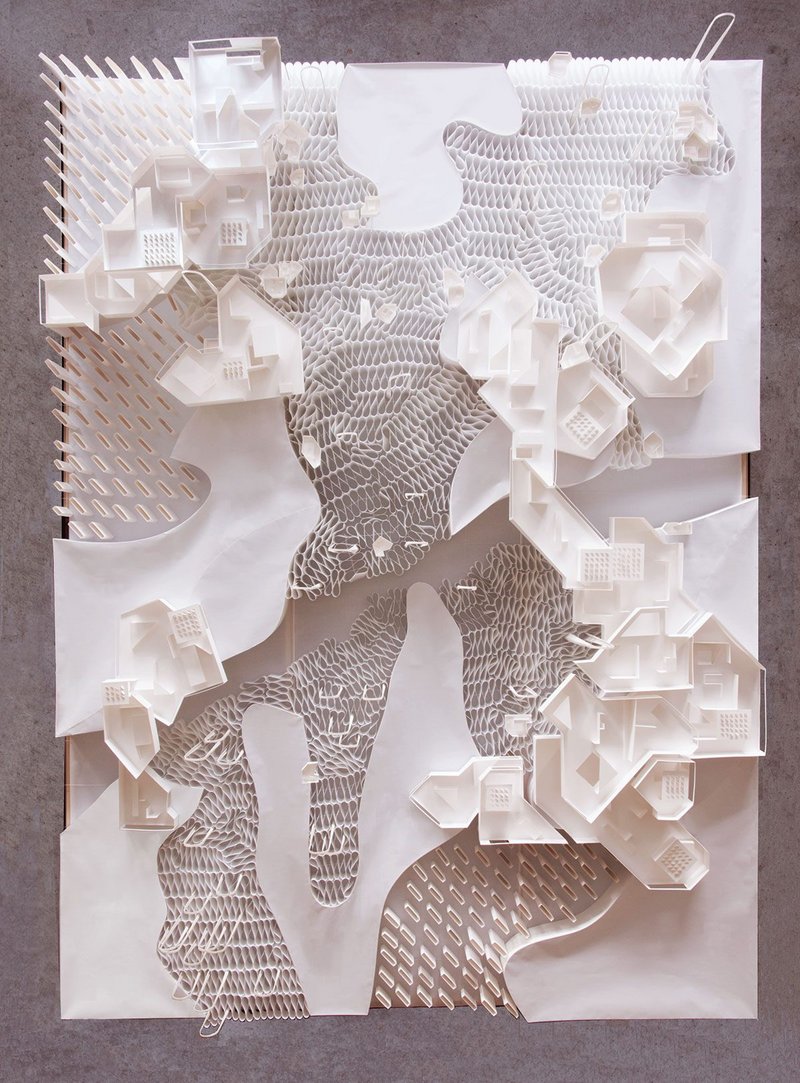 My score Lattice was tried out for the first time in 2017 at the Université du Québec à Montréal. It was performed by 17 young designers who I observed co-create a sense of community where differences and the particular knowledge base of each individual were equally valued and enhanced. The work developed as a continuous seven-day architectural performance where we worked all together in the same room, responding to a pre-designed but open-ended score. The score specified the setting, a set of prompts, a single material and a sequence. While Lattice structured relationships for drawing and making in a shared place and time, it did not prescribe the exact ways through which to arrive to results. The use of an open score in this project foregrounded the experience of designing rather than its end product.

In Lattice, design emerged as social and material formation at once: a felt and shared architectural performance rather than an outcome to look at. Using a term from cognitive anthropologist Edwin Hutchins, I would say that design cognition in Lattice was not only embodied but ‘distributed’: diffused over the brain, the body and hands, offloaded to tools and objects, and understood through interaction and connection with other bodies and other minds in the room. Working first individually, in response to the score, then in small ensembles, and finally as a whole group, the collaborators created an entirely unpredictable, yet coherent and unified, architecture. What was important in this pedagogic experiment was the nesting structure from the individual to the small group and to the larger collective, and the reciprocal interactions that were afforded between them. Trusting all ideas, actions and things being made, Lattice allowed a plurality of judgements and choices to emerge and decisions to be taken organically. Open scores like Lattice generate unpredictable non-linear relations, leading to self-organisation and outcomes that cannot be pre-imagined solely from the characteristics of the individual elements.

The score’s democratic capacity to break down hierarchies can offer considerable benefits to architecture, a discipline and profession that has long suffered from the effects of unequal power structures. In a design world with increasingly complex communication needs—including between human and machines—architects, teachers and students need to search for new ways for collaborating. It is in this context that methods like open scoring feel more needed than even before. We can make the process of architectural design more relevant to society, and highly inventive, by first understanding and structuring it as a social reality in its own right.

Bessel Van der Kolk, The Body Keeps the Score: Mind, Brain and Body in the Transformation of Trauma (Penguin, 2015)

Yeoryia Manolopoulou is an architect, co-founder of AY Architects and Professor of Architecture and Experimental Practice at The Bartlett, UCL