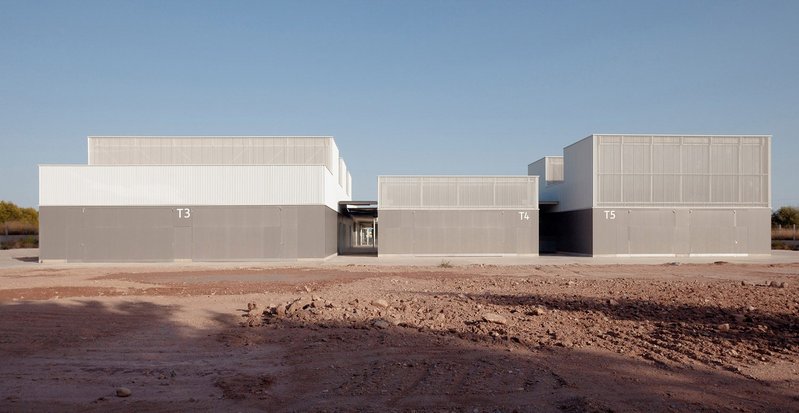 The Tile of Spain awards celebrate the imaginative use of Spanish ceramics in architecture and interior design. Now in its 20th year, the competition is organised by ASCER, the Spanish ceramic tile manufacturers’ association.

The annual awards are regarded as an important global event in the industry, earning its winners a highly respected accolade.

The winner in the Architecture category, with a cash award of 15,000 Euros, was MRM Arquitectos whose new headquarters for the Valencia Construction Sector Employment Foundation is strikingly enveloped in large-format tiles.

The jury commended the use of a standard product, applied in industrial style, to create an outer shell based on the criteria of cleanliness, order and minimum resources.

First prize in the Interior Design category, also attracting a cash prize of 15,000 Euros, went to a refurbishment of an apartment by Estudio Vilablanch in Barcelona’s emblematic Banco Urquijo building that recaptures the essence of José Antonio Coderch’s architecture.

The judges applauded the project’s rigorous exercise in interior design, in keeping with the spirit of Coderch’s architecture, while highlighting the concept of permanence as a common denominator.

It also praised the skilful choice of materials and meticulous care with which the design project was put into practice.

The award for the Final Degree Project, a category for architecture students with a prize of 5,000 Euros, was given to Gonzalo López Elorriaga from Madrid School of Architecture for ‘Castilla La MaRcha. A resort for Motivated Spain’.

The jury highlighted the innovation of this project, which revitalises an abandoned space in the town of Peralvillo and utilises traditional ceramic tiles in ground-breaking new ways.

The awards ceremony will be held on 8 February 2022 at Cevisama, the international trade fair for ceramic tiles, surface coatings and bathroom and kitchen design held in Valencia.

Tile of Spain is the voice of the Spanish tile industry, representing more than 125 tile manufacturers.

For full details of this and previous years’ awards, visit tileofspainawards.com