In a year marked by deprivation and sacrifice, MacEwen judges favoured the greatest good for the largest number

With the stuffing knocked out of us by the pandemic, the feisty, divisive deliberations of last year’s MacEwen Award judging were counterpointed this year with palpable rapprochement. Or perhaps it was the absence of then judge Cecilie Sachs Olsen from Oslo Triennale, whose sustainability agenda led to a polarisation of viewpoints and helped push Liverpool’s Park Palace Ponies, with the smallest of carbon hoofprints, past the post.

For this sixth year of RIBAJ’s MacEwen Award for Architecture for the Common Good there was a sense that no-one was up for an argument. Park Palace’s architects Sue Stringfellow and Sarah Harrison were present, albeit virtually. As indeed were the other judges: planner Kathy MacEwen, daughter of Malcolm and Anni MacEwen, former RIBAJ editor and planner, in whose honour the award is named; director of Our Building Design and University of Westminster senior lecturer Tumpa Husna Yasmin Fellows; Beth Bourrelly, architect associate at BDP, the award sponsor; and outgoing RIBAJ editor Hugh Pearman – who, despite being a self-declared technophobe even after nearly a year of grappling with online meetings, chaired the judging with gusto and aplomb.

Covid-19 took its toll on entries it seems, with fewer submissions than usual. From this Pearman’s initial sifting presented a longlist of 21 to the judges, who arrived at a shortlist of 12, and then, from these, three commendations and a winner. Not surprisingly for a year characterised by isolation, disruption and sacrifice, winnowing favoured ‘community endeavours’, ‘education initiatives’ and ‘revitalisation’ – both urban and rural. Only two housing propositions made it through; strange, when you consider the amount of time that most have had to contemplate the limitations of their own homes. And only three ‘support structure’ projects; perhaps the physical access constraints placed on such care and medical facilities engendered unintentional psychological distancing in the selection process.

Either way, general frustration was expressed by the judging panel that some of the projects simply hadn’t had the opportunity to be tested; that lockdown had stymied their ability to prove themselves in the field over the past year, a view that saw the seemingly worthy Treadgolds project in Portsmouth eclipsed by Assemble’s Granby Winter Garden and its already-proven community benefit. But on the other side of the coin, the pandemic proved the robustness and inherent flexibility of some of the entries – Jan Kattein Architects’ Tailoring Academy went into full mask manufacture, the Hackney School of Food delivered to the local community and Urban Symbiotics’ wayfinding improvements at the Black Culture Archive resulted in a socially-distanced garden allowing Brixton’s more vulnerable BAME community to gather safely. And while the pandemic might have driven Belfast Buildings Trust’s Ormeau parklet, which reclaimed a busy road, the scheme points to alternative uses of public realm as propositional as anything in last summer’s Rethink 2025 competition.

There was debate. Maybe the shoestring nature of last year’s winner reset judges’ cost algorithms, as larger budget projects fell by the wayside. Toynbee Hall and Stanton Williams’ Zayed Centre seemed too rarefied; the Nook, out of clinical need, lacked the risk-taking that one might hope for in a care context – Harmonia Village likewise. And Genesis barge, lovely as it is, at £10,000/m² was cast adrift. Even the simple beauty of the St John’s music pavilion and its clearly low budget seemed born of a middle England richness of networks. ‘How connected would you need to be to facilitate this,’ asked MacEwen. ‘But is it arguably any different to how Assemble works’ challenged Liverpool resident Sue Stringfellow.

In the end it was the sense of the ‘greatest good for the largest number’ that became the prevailing thread of the discussion. In an obvious way that saw the inclusion of Cullinan Studio’s Bunhill 2 Energy Centre as an expositional icon of the strategy of innovative and more sustainable district heating. Less obviously, the Ada Belfield Centre dementia care home and town library in Belper combined two typologies to regenerate and energise a formerly derelict edge of town with a new public square that even the local youth were happily re-occupying in more positive ways than they had previously, to see three generations served in one go. Both bravely take a fresh, non-standard approach and both, to varying degrees, took risks, aligning them with former winners.

And as for Assemble’s ongoing work at Granby4Streets, the delicate, slowly-realised and absolutely ground-up nature of the intervention had already won the collective the 2015 Turner Prize, so to see it commended here in its latest Winter Garden project for Granby Community Land Trust, perhaps comes as no surprise. The new space, hidden behind the facades of two houses in Cairns St, has further galvanised the community and runs popular workshops and events for a wider neighbourhood.

‘We went from thinking: why ever here? to: why not everywhere else?’ Hazel Tilley of Granby CLT told me when I visited; and in the end the judges agreed with her. Surman Weston’s Hackney School of Food, our 2021 Mac­Ewen winner, has, in its way, responded to her charge, energising an inner-city community to empower themselves, specifically through learning about what food is, how you grow and prepare it and how healthy eating can enable better, longer lives. All done simply and joyously, with minimum fuss and maximum return. Assemble might have picked up the baton in Liverpool but now, more than ever, it’s time for others elsewhere to run with it. • 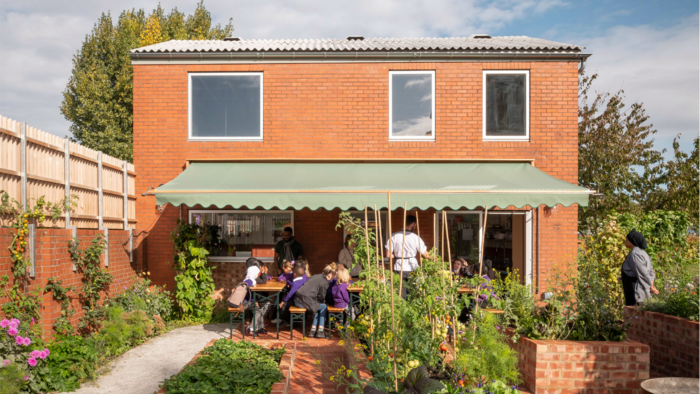 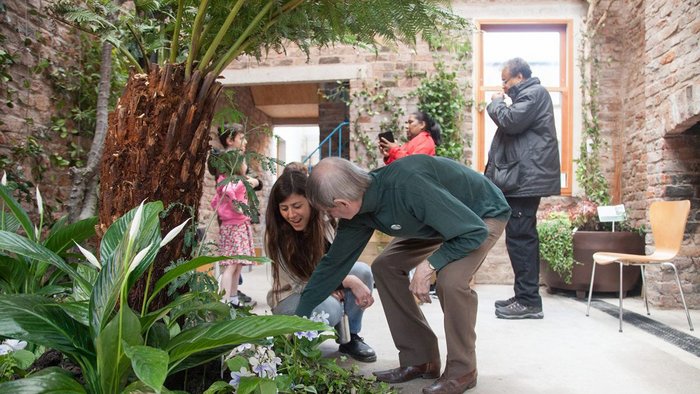 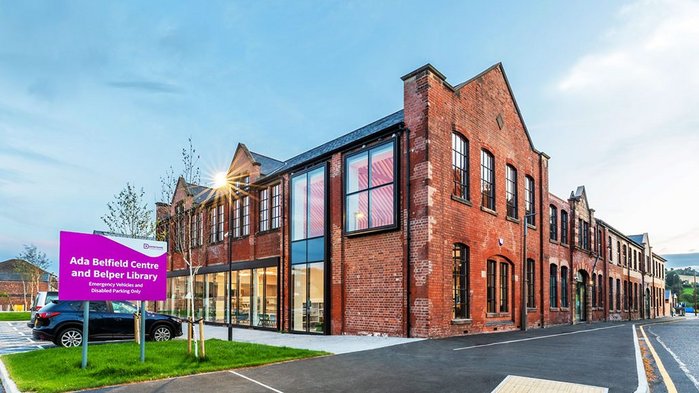