There is increasing evidence and recognition that our planet is in a biodiversity loss and climate emergency, caused predominantly by human activity. The construction and inhabitation of architecture makes a significant contribution to the damage that we are causing to life on our planet. The environmental impacts of any particular work of architecture can be determined and reduced by using a lifecycle approach, addressing each stage of a building’s creation, use and end of life. This approach is not often used in the UK at present, with design and regulatory efforts over the last couple of decades focussing mainly on reducing operational energy and associated gas emissions.

Areas receiving far less attention include reducing embodied carbon and biodiversity impacts in construction materials, simplifying construction to reduce unmanageable complexity during building and in use, and design for disassembly to enable resource reuse. Consequently, there is significant scope to improve the environmental performance of our architecture by a process of incremental improvements, evolving existing systems and practices with consideration of environmental performance at each stage of a building’s life. At the same time, developments in engineered plant-based materials and digital design and fabrication workflows are creating opportunities to develop radically new forms of construction. The question therefore arises as to what might be achieved by researching and developing new forms of construction using environmental sustainability first principles as the starting point.

The aim of this research was to develop a radically simple new form of plant-based construction, composed of engineered timber and pure expanded cork, made of waste from Mediterranean cork oak forestry. Using these materials locks in atmospheric carbon for the life of the building component and also helps to secure the biodiverse landscapes from which the cork is harvested.

Research questions included five key considerations. First, how might a new form of construction developed from environmental sustainability first principles manifest itself? Secondly, how much material and constructional complexity can be stripped out of a form of construction while still meeting building codes?  Can solid expanded cork be used to form a weathertight structural building envelope? Can cork blocks be used in a viable dry-jointed form of construction with easy assembly, and simple disassembly at the building’s end of life? And finally, what might be the whole life performance of such a simple form of solid cork construction?

The research was undertaken over five years from 2014 to 2019, in three incremental stages with related methodologies and resources. Stage one began in 2014 with curiosity about building with solid expanded cork and the possible benefits. Initial design ideas and hypotheses progressed to simple prototyping and the creation and monitoring of a very modest prototype, Cork Casket. This was fabricated at The Bartlett and transported to site in Berkshire for assembly in early 2015. The work was part funded with an Innovation Voucher from Innovate UK and showed promise while also indicating the scale of the challenge ahead.

Stage two was the development of the Cork Construction Kit, beginning in 2015. This was in-depth research, part funded by Innovate UK and EPSRC under the 2015 Whole Life Building Performance competition. It was undertaken by a multi-­disciplinary team from industry and academia: MPH Architects, The Bartlett School of Architecture UCL, Arup, University of Bath, Amorim and Ty Mawr. The key aim was to research and develop a radically simple solid cork and timber construction kit. The design hypothesis for the system considered the relationship between material, components and resultant architectural forms. Technical performance was developed using cycles of ‘hypothesis, test, evaluate, rethink’ to address matters including structure, fire safety and weathertightness.

Preliminary cork blocks were fabricated with traditional timber machine tools. As the system was developed block geometries became more complex in order to fulfill the various performance requirements being asked of them – the price to pay for keeping the overall system simple. This, combined with the tight machining tolerances needed to give a satisfactory interference fit between blocks, led to the development of a tailored robotic milling method to shape the blocks at The Bartlett. Research then proceeded in two main areas. Cork Cabin, a small prototype building, was built by hand in 2018, using dry-jointed blocks with an interlocking interference fit without glue or mortar. The cabin proved relatively simple to assemble by hand, with a full-size block measuring 960mm by 480mm by 180mm and weighing around 13kg. On completion it was tested for airtightness and field tested through the seasons. The other main area of work at this stage was lab testing at University of Bath, for structure and general material characterisation, and BRE Watford, for fire and weather-tightness. This informed further system development, and in 2018 the system was sufficiently developed and de-risked to proceed with the first pilot project.

Stage three was the construction of Cork House, designed by the authors and Dido Milne with structure and fire engineering by Arup, and built by Matthew Barnett Howland acting as main contractor. Work began concurrent to Stage 2 and was completed in 2019. Cork House is the first building of its type and fully meets UK Building Regulations. It uses an evolved version of the construction kit developed in Stage 2, is supported on steel screw pile foundations and built on a raised CLT floor platform. The 1268 cork blocks used in the house were fabricated on a 5-axis CNC milling machine by Wup Doodle and hand assembled on site. The house was air pressure tested and has been complete for nearly a year, proving a delight to inhabit.

Key outcomes of the research include the development of the Cork Construction Kit and the creation of Cork House. Simple assembly and disassembly have been demonstrated. Underlying this, extensive lab testing data gives a fuller technical characterisation of expanded cork in construction. The house has exceptionally low whole life carbon, estimated at 618kgCO2e/m2 by an assessment to BS EN 15978 undertaken by Sturgis Carbon Profiling. Embodied carbon at practical completion is estimated as negative, at -18kgCO2e/m2. The research has a simple overarching narrative that is easily understood and may be enjoyed by anybody, giving it relatively broad interest and relevance. Cork House has received several design awards including the 2019 Stephen Lawrence Prize, and reached the 2019 RIBA Stirling Prizeshortlist, which helped bring aspects of the research to an international audience.

What next? Post occupancy evaluation of the house has begun, with funding from The Bartlett, and the authors plan further research and development of the Cork Construction Kit, potentially to making the system commercially available. We are also undertaking broader research of simple, low carbon forms of construction, informed by sustainability considerations at each stage of the building’s life. We call this approach Form Follows Lifecycle. 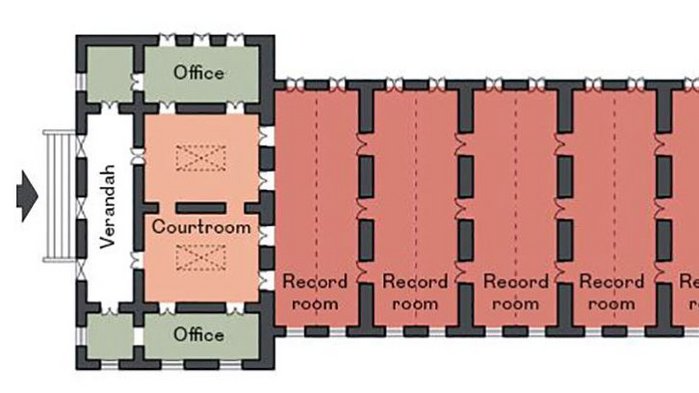 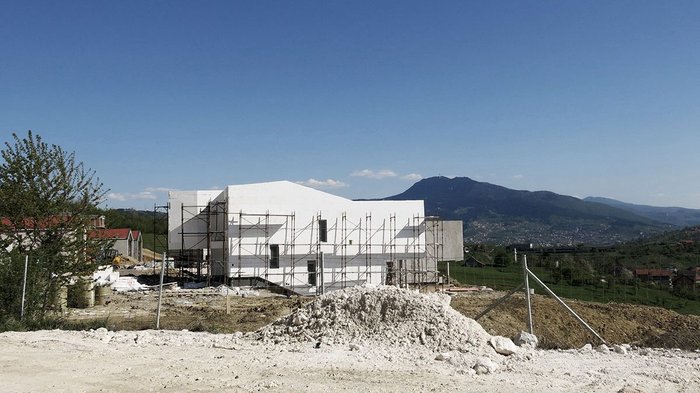