Identity was a major issue at this year’s Rising Stars get-together as participants questioned the fundamentals of their place in architecture, and architecture's place in the world, after an isolating year

The events of the past year were peppered all over this year’s Rising Stars roundtable with last year’s cohort of winners. We met as usual in January, but whereas the Rising Stars would usually descend from all corners of the UK to a reserved room for a long lunch in London, this year the meal was missing and the meeting, as we have all come to expect, was on Teams. The discussion was effused not just by the everyday realities of working through the coronavirus pandemic, but also by other events from the past year, such as the Black Lives Matter movement. Like many of us, participants in the three-hour discussion had internalised over the past year, and the conversation returned often to the personal lived experience rather than general happenings in architecture. Sarah Everard’s shocking murder hadn’t yet happened, but if it had the safety of women on a personal level in public space would have come up too. Was it that a year of staying at home has given everyone much more time to reflect on their own perspectives and dwell on their own experiences, good and bad, or is it that this cohort, mostly closer in age and culture to Generation Z, is much more in tune with these approaches and so more likely to focus on aspects like mental health?

In many places building is just part of life: Burkino Faso doesn’t have a word for "architect"

So identity was a major thread throughout the roundtable discussion: equal representation, having a voice, who decides what architecture is, how it is taught, what is taught and how inclusive the profession can be. Architect at David Kohn, Bushra Mohamed, raised the issue that many people entering the profession from more under-represented groups have an experience of architecture and buildings that deviates enormously from the cannon, and can feel excluded from being part of it  from the beginning. Likewise, Open City’s deputy editor and development manager Zoë Cave’s main bugbear for the industry concerned who sets the conversation in architecture. She questioned how knowledge is created and by whom, and believes discussions should be less abstracted from the people who will use buildings. Mohamed thought that one way to combat these missing perspectives would be for researchers and writers to place more emphasis on found and oral histories, which would engrain architecture more in everyday life as it is in many parts of the world. In many places building is just part of life: ‘Burkino Faso doesn’t have a word for ‘architect’,’ added Shawn Adams.

However, in many ways people in this year’s cohort, which for the first time included a group winner of six participants in the shape of Re-fabricate, felt that the pandemic had helped broaden the understanding of what architecture is and who is and should be involved and engaged. As everything moved online, barriers to inclusion were removed by the pandemic and some Rising Stars felt their horizons had, perhaps conversely, expanded – with the Architecture Foundation’s 100 Day Studio cited as a series of online talks that comprehensively drew on experiences and people from around the world, including, most importantly, from the global south.

‘The pandemic has been democratising,’ explained Adams. ‘People from other places and young people have been given a voice they didn’t have before. Restrictions have been removed – you can set up events more easily yourself. You don’t need to hire a venue and pay for canapés for people to turn up. It has made networking easier and it is now easier to reach out to new people.’

You don’t need to hire a venue and pay for canapés for people to turn up. The pandemic has made networking easier

One of the Re-fabricate winners, Paul Daramola, who set up his own IGTV series in November, agreed – to get people to attend all he did was post the events on Twitter. Kate Ridgway, another Re-fabricate winner also felt the experience of the past year has led to more collaborative working on big projects among practices. Those working in larger practices, however, like Grimshaw associate Annabel Koeck and architect Ingrid Petit at Fielden Fowles, tended to see flaws in online-only working; pointing out that connections become reliant on existing networks, that there is an echo-chamber effect on opinions and that it is harder to work collaboratively with clients and other architects. Let’s be honest, we may have met a lot of strangers online over the past year, but how many new friends have we made? And as Hawkins\Brown architectural assistant Raheela Khan-Fitzgerald observed, from a mental health perspective, it has become more difficult to spot when people aren’t feeling that great – or to express it oneself.

For this cohort, the pandemic also presents an opportunity to decentralise and escape the high rents and property prices of London to set up and live elsewhere (while still benefitting from the higher earning projects and quantities of work in the capital). Co-ordinator at the Anthropocene Architecture School Scott McAulay has already decamped from a tenement in Glasgow to rural Renfrewshire, with woodlands just a five-minute walk away. Whereas he previously travelled to do sustainability education sessions at universities, of the 14 he had done recently, only three were in person, and he is now doing them from his home to universities all over the world. Daramola, meanwhile, has friends trying to persuade him to move from London to Bristol or Manchester. But architect and principle urban designer at Enfield Council Fabrizio Matillana’s concern is that ‘flats are mostly designed to be in for only eight hours a day. If anything, I resent low-density. It is a failure of the city to have forced this exodus on us. We need more flexibility in use classes and a densification of surburbia to allow the cross-pollination of people ideas that cities are good for, but the question is how to get the low-density experience people want with higher densities in reality.’

We are not treating the climate emergency like it’s an emergency. I have enormous feelings of climate grief. People are already dying because of climate change.

After a year forced into working 100% from home, Cave has already moved a bit further out of London, but she but she is concerned about who is shouldering the costs of working from home: the extra rent required to provide oneself with adequate space, the additional energy, water and fuel bills. So far it has been employees, but is this really justified? And from a sustainability perspective, is it really good to have everyone working so separately? There are environmental consequences to working in silos. Are we wasting more resources now by not working communally in the same places at the same time and losing economies of scale? For others in the cohort working remotely has, nevertheless, presented more opportunities to do more of other things they want. Moving back to Wales last year, Re-fabricate member Sophie Zara James now describes herself as part-time architect, part-time farmer.

‘We are not treating the climate emergency like it’s an emergency,’ said McAulay. ‘We are still educating and designing buildings like it’s the 1970s. I have enormous feelings of climate grief. People are already dying because of climate change.’

The problems raised by the cohort included who finances post-occupancy research, the problem of fees and that you wouldn’t expect a client to pay for a survey after they’d bought something. Architecture practices could perhaps absorb more of the research costs themselves, but there is still the problem that they don’t want to acknowledge when things don’t go as well as they should. Koeck did mention, however, an interesting talk that they had once had at Grimshaw about all the times the practice had been sued, why, and what they could learn from what went wrong.

The other issue hindering sustainability is, as Matillana pointed out, there is enormous economic pressure to deliver buildings and development. Yet the conversation wound up focusing on degrowth and questioning the need to build at all. Does a school need a new wing or does it just need a new bell? After a year sitting indoors, was the focus on the self and identity a roundabout way of these Rising Stars considering their own irrelevance?

RIBAJ Rising Stars is carried out in collaboration with Origin Doors & Windows. Read more about the 2020 winners here 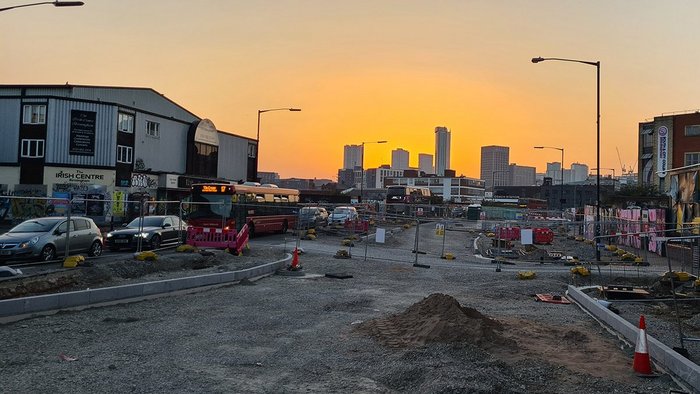