How this year's regional data has been put together: which practice has the most shortlisted projects? Which region has the largest total contract spend? Which place commissions the most local architects...?

For more years than anyone can precisely remember June’s Journal edition has been a Regional Awards winners takeover, incorporating RIBA, RIAS, RSAW and RSUA. We would sweep away the usual building reviews section and make space to publish each project winner, broken down region by region. Alongside the winners each year we would commission a short introduction to each region written by someone located there to tell us what they liked about where they lived and worked, and what major developments were taking place.

Last year, however, we took a different approach. We decided to use the information the RIBA collects about students, schools, practices and people that often goes unknown to compare the make-up of the profession region by region for the first time – the number of chartered practices, members and students, percentages of women and men, average age of member by gender and the most populous cities by number of architects, RIBA members versus ARB. It was a statistical overview of where architects live and work, and the communities they form collectively. This produced some fascinating insights. At 20.4%, Northern Ireland had the highest percentage of women members outside London, while Wales was the lowest with 14.48%. The South West had 1,899 chartered members, the second greatest number after North London. The North West had 207 more chartered practices than the North East. Excluding London again, Glasgow was where you’d find the most architects, followed by Edinburgh and then Manchester.

On top of this research we also performed a new level of analysis into the project winners themselves to discover, for example, total amount of space built, total contracted value and what the average cost per m2 was in each region for a winning project. We were able to exclusively use undisclosed information to give the figures the best possible accuracy (while still respecting individual requests for project data anonymity). South East London was the priciest cost per m2 that year at £9,641, swayed by Grimshaw’s London Bridge Station redevelopment. It was followed by Scotland with £5,555/m2, also caused by big public projects.

This year the June issue has again seen major change. First, because the awards process has been put on hold as a result of the coronavirus pandemic, we are not publishing the Regional Award winners but the shortlists – a showcase of 226 schemes. And we have not repeated the regional members data of last year as they reflected macro trends that would not produce much variation year to year. We have not heard of a vast number of women members popping up or registering in the West Midlands, for example. Next year could, of course, look very different from 2019 given the circumstances.

What we have re-run in 2020, however, is the regional project ‘in numbers’ part. Be warned that the two are not directly comparable as this year’s figures use all shortlisted schemes rather than just winning ones. Expect bigger regional total contract values and built areas. Likewise the average cost per m2 is what it takes in that region to be a shortlisted scheme, not a winning one – yet it is statistically more accurate this year because each region has a larger sample size. In each region the number of shortlisted schemes is roughly twice the number of 2019 winners. It is also worth noting that London is now split into four areas rather than five – South London combines SE and SW postcodes plus Bell Philips Architects’ Ludlow Lodge in Sutton and OB Architecture’s Greyfort House in Croydon. West London adopts Kingston and Twickenham.

Another thing we’ve changed is the way we work out the regional average cost per m2. Both years tell you an average cost per m2, yet last year’s was worked out using the Ratio of Means method of dividing total contract values by total GIA to give average cost per m2 of a unit. This year is calculated by totalling the given cost per m2 of each project and dividing by the number of projects, known as the Means of Ratio. Both have their drawbacks and advantages, both are affected in different ways by outliers. By definition, the former is more influenced by individual projects with a very large or very small GIA. The Tottenham Hotspur Stadium, for example, comprises 120,000m2 of the total 142,481m2 built GIA in the shortlist for North London, which under the 2019 method means the cost of other projects hardly matter to that kind of average. In 2020’s method, all projects matter equally. Tottenham’s Stadium might be physically large but it has the same influence on the final average as say, Stephen Taylor Architects’ smaller Aikin Terrace scheme for Hackney Council at 920m2. In essence, this year tells you the average cost per m2 of a typical shortlisted project, which we felt was more useful to you. Of course, these figures can still be greatly influenced by a single very expensive cost per m2 project as in the example of Ney & Partners and William Matthews Associates’ Tintagel Bridge, which at £20,000/m2 is around £14,000/m2 higher than the next shortlisted scheme (undisclosed). Yet very often they are within a couple of hundred pounds per m2 of each other – in the South East the difference between methods is just £24/m2, which over 19 projects tells you this year’s £3,003/m2 is a pretty reliable figure for what you can expect a shortlisted project to cost there. But if you want to know what the 2019 method would produce from 2020’s data, the total values and GIA are all there for you to work out for yourself.

So what are the statistical headlines for the Regional Awards 2020?

This year the region with the largest number of shortlisted projects is South London with 27, followed jointly by East London and East (of England) with 21. The place with the least shortlisted is Wales with just three. If the trends show anything it is that with the exception of Scotland, the shortlist reinforces an architectural north-south divide. North London has the highest total spend with £872.3m across 11 projects (because of Tottenham Hotspur Stadium), which may be a surprise as South London has so many more. Outside the capital, East wins with £494.8m, £165m of which went on HOK’s new Royal Papworth Hospital. This is followed, perhaps surprisingly, by the West Midlands at £404.3m total spend, driven not by HS2 development projects yet but by a resurging investment into car manufacturing, with two new automobile innovation centre buildings in Coventry and Gaydon.

The region with the highest average cost per m2 for a typical project in 2020 is West London with £4,622/m2 where contract values are just generally high rather than being affected by outliers, followed by the South West with £4,542/m2 (because of Tintagel) and South with £4,380/m2. The region that could be credited with doing the most with the least is Wales at £1,951/m2 then Yorkshire which has an average cost per m2 for typical project of £2128/m2 – both figures a lot higher than last year’s winner of this accolade: the North West at average £1,310/m2.

What else? Familiar names Peter Barber Architects and BDP have the most projects shortlisted for 2020 with five each. AHMM, Bennetts Associates, Feilden Clegg Bradley Studios and Sheppard Robson all have four, which generally shows the machinery required to produce quantity and quality. But Nicholas Hare Architects, Jonathan Hendry Architects, FaulknerBrowns and Bond Bryan all have three – a good year for them too.

We’ve given the architects inside/outside region figures again too, and find Scotland has the highest ratio of shortlisted projects designed by architects with offices in the region, 17 out of 18 (only Carmody Groarke’s The Hill House Box at Helensburgh isn’t), which supports last year’s findings that Glasgow and Edinburgh were the most populous cities for architects outside London. Wales again has the fewest with zero shortlisted projects designed by architects located in Wales, although the small sample of three makes it a little unfair.

So these are 2020’s headlines for the Regional Awards shortlist – delve in and discover more of the oddities and curiosities yourself! 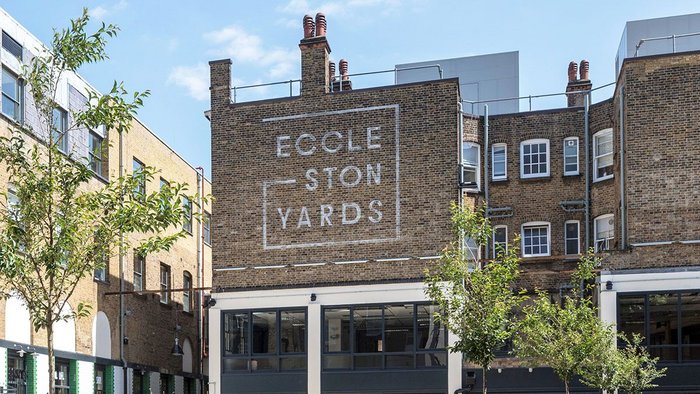