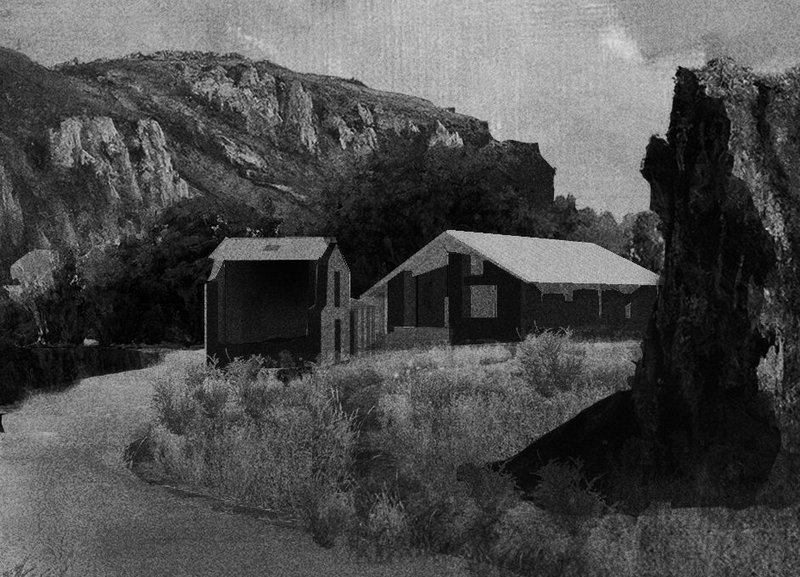 Within the cassettes, SterlingOSB Zero acts as both lateral bracing and permanent formwork for hempcrete insulation. The OSB is internally exposed and externally weatherproofed with cork cladding. ‘It’s beautifully drawn,’ said judge Stephen Proctor, ‘and I like the idea that the original building didn’t respond to the curve of the river, and I like that the new bit twists in the space and there is something poetic about that.’ 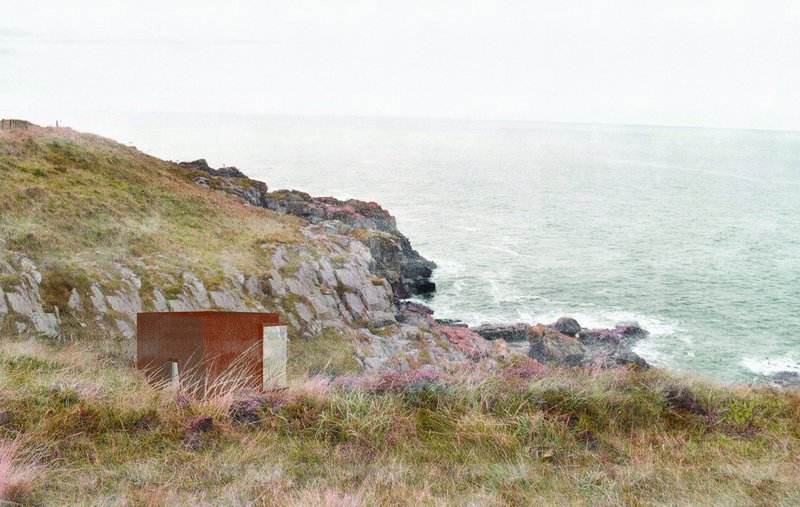 a-haven: simply clad in corrugated steel sheet on the outside, SterlingOSB Zero slats create a small but complex and permeable set of interior experiences.

a-haven is a cliffside retreat on the Aberdeenshire coastline in an otherwise treacherous landscape. It is a beacon that navigates visitors inside, where framed views through the SterlingOSB Zero panels dividing the plan give the impression of being one with the cliff.

The SterlingOSB Zero sandwich walls are externally clad with corrugated steel (suitable for its location near the sea) while inside, the walls are left exposed. The internal division for a quiet and a social zone is achieved through a cascade of freestanding panels.

This was a ‘solidly considered, serious proposition which creates an interior spatiality using the material,’ said judge Jan-Carlos Kucharek. Debby Ray added: ‘It is simple, it is quiet, it is not shouting, it is effective.’ Which is what a retreat should be. 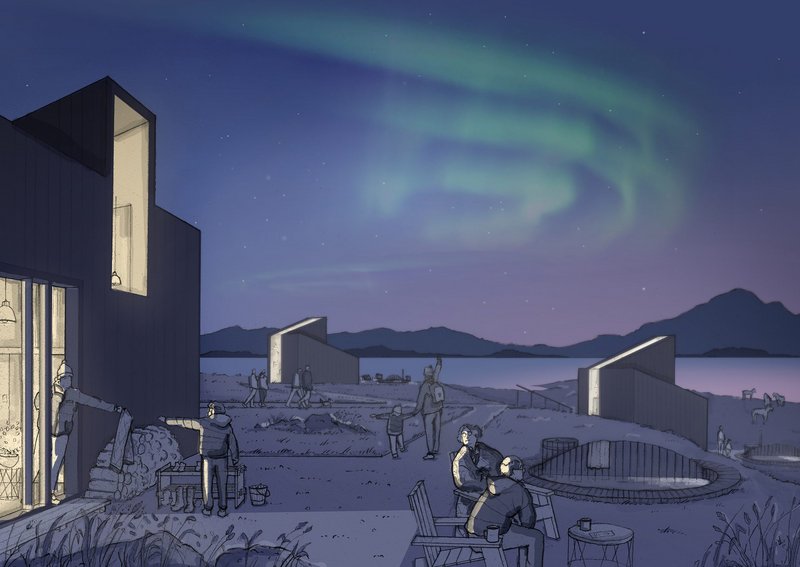 Aurora Retreat: considered use of SterlingOSB Zero, both as structure and finish, appealed to the judges.

The Aurora Retreat proposes a creative escape on the banks of Loch Lurgainn, from which to observe the Aurora Borealis. Each of the 10 cabins is intended for a sole occupant to ‘isolate, contemplate and create’. A shared observation lounge with a sunken table allows the guests to dine and share stories.

The cabins are constructed from lightweight SterlingOSB Zero SIPs with OSB-clad interiors, which pleased West Fraser’s Timea Cooper. ‘SterlingOSB Zero doesn’t have to solely be used for structure,’ she said. ‘Here it is in the interior finishes as well, so it is not a one-sided view.’ Kristofer Adelaide also commended the detailing. ‘They have made holes to make it better acoustically,’ he said, ‘they have used it as a peg board, they have thought about SterlingOSB Zero acting as a finish material.’

Aesthetically, the cabins embrace the night sky with a black textured envelope in carbonised wood and openings inviting the sky in, creating a ‘transcendent experience’. Stephen Proctor commented: ‘They are little observatories, which I think it is rather nice.’ Kristofer Adelaide added: ‘I like the connection to the outdoors ... I think it could be built.’ 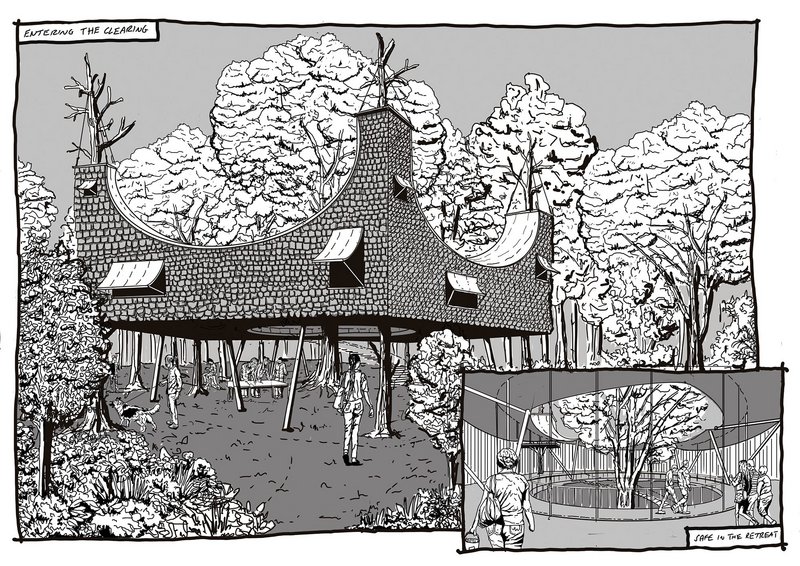 The Clearing: Simmons’ graphics were striking and evocative.

In Chris Simmons’ proposal – rendered, said Jan-Carlos Kucharek, with ‘great graphic technique’ – five couples who are friends retreat from the city to ‘somewhere where they can live their lives more simply and holistically and be more in touch with nature. Conveniently, the group contains an architect and a carpenter. Together they locate an equally convenient oak tree in a forest surrounded by five smaller trees.

This configuration lends itself to a pentagonal structure, created from standard-sized SterlingOSB zero panels filled with sheep’s wool insulation, erected on the ground then hoisted into the treetops. The same series of ropes and pulleys supports a waterproof fabric roof, which channels rainwater.

In time, the children of this new community themselves dream of creating their own retreats. ‘It tells a story,’ praised Timea Cooper. Kristofer Adelaide agreed. ‘It is so different from the others in terms of presentation,’ he said. ‘The idea is very romantic.’