Architecture for the common good is not one size fits all

Welcome to the RIBAJ MacEwen Award longlist – our first sift of the best entries to our new prize that sets out to recognise 'architecture for the common good'.  That means places (and this includes open space as well as buildings, and refurbishments as well as new build) that are demonstrably of maximum benefit across society.  We are seeking out the good and the effective, rather than style statements. Places that improve people’s lives.

This is a journalistic investigation as much as anything. We want to identify good work of this kind, to demonstrate what can be done with the right approach, even on tiny budgets.  We did not know, when we launched this, that this would be the year that an architectural collective, Assemble, would win the Turner Prize for a work of what used to be called community architecture, now further dignified as art.  What the entries to the MacEwen Award demonstrate is that – unorthodox though Assemble’s practice structure might seem – they are by no means alone in their aims. Our entries also prove that there are many different ways to serve the common good.  Not everything here is community-based, for instance, though it is all community-minded.

We named this award after Malcolm and Anni MacEwen – he a campaigning former editor of RIBAJ, she a leading post-war town planner who took a conservation-based approach, both of them involved in rural as well as urban issues.  Malcolm changed the way the profession viewed itself, acted, and presented itself to the outside world – not least through his 1974 book “Crisis in Architecture”, admirably published by the RIBA itself and championed by this magazine.  Malcolm’s ‘J’Accuse’ was that the profession was in grave danger of becoming entirely self-serving, forgetting the people that places are actually for. Not any more.

Our longlist of 39 projects represents fewer than half of the overall entry. We group them for convenience into seven types, demonstrating a breadth of approach across projects ranging from enlightened housing and public realm improvements through schools and youth centres to cultural buildings. And as the MacEwens would have wished, rural as well as urban communities are represented. Take a look: these represent a kind of architecture that is a world away from the “icon” building. In the New Year we will reveal our shortlist and finally, our winners. 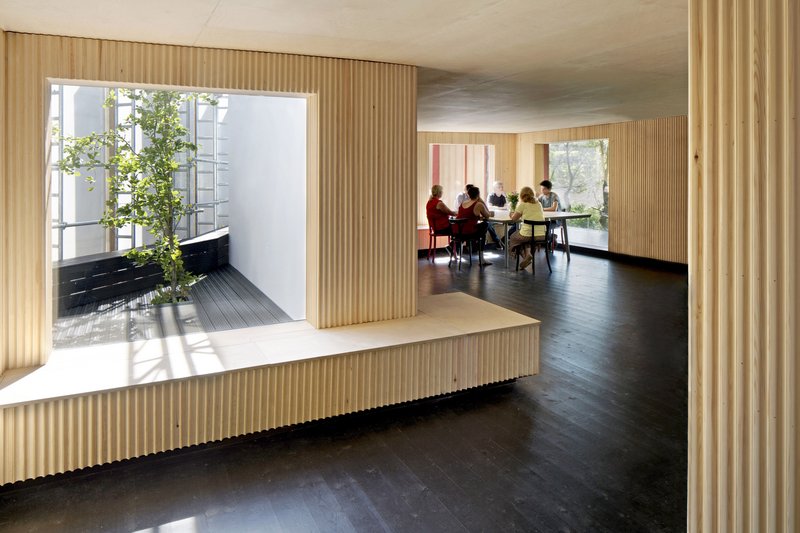 The Foundry by ARCHITECTURE 00

Viking Way by what if: projects

Croydon South End by We Made That

Of Soil and Water: King’s Cross Pond Club by Ooze and Marjetica Potrč

Charterhouse Road Club by what if: projects